There are some synergies between Bloodrender and Packla’s Skins so I wanted to see how it works out in practice. The end result can facetank Ravager without gear/constellation changes or tonics. 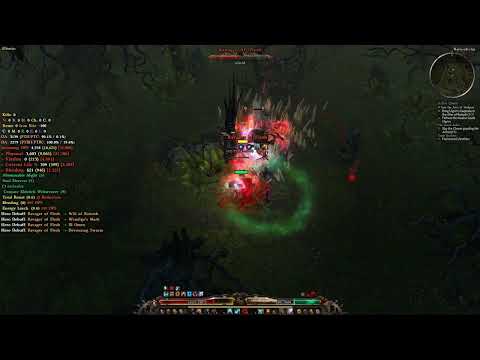 Sadly the build requires some unbelievably hard to achieve gears (like the prefixes on the helm & amulet) and the amulet/pants need to be farmed on a different character (although it’s a weird that necromancer items are inaccessible to necromancer characters in the same playthrough though) or gotten randomly in other game modes.

Here’s a more budget version and while it doesn’t seem to have issue clearing the late game contents or extra game mode, it definitely deals considerably less damage: grimtools . com /calc/qNYmQAgN and is unlikely to facetank Ravager

Footnote: I really hope that one day we can farm some of these items in the main campaign in the same playthrough some how, it’s really weird to have the designated +1 in necro amulet MI locked out

Footnote: I really hope that one day we can farm some of these items in the main campaign in the same playthrough some how, it’s really weird to have the designated +1 in necro amulet MI locked out

you can buy it… 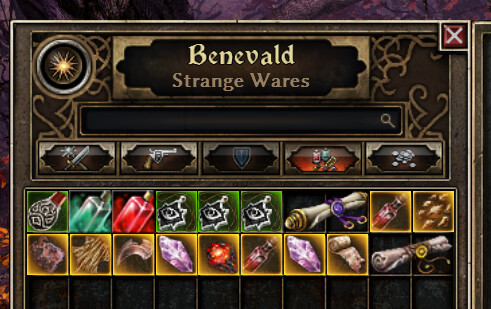 The guide is intended to help beginner’s, but hopefully it will be useful for experienced players as well. You will find here information on merchants with unique wares, where to find them and how certain goods can be useful for you. Credits: to @tqFan providing actual data on merchants MI items for sale as well as Group links to Items Database , @thepowerofmediocrity for pointing to the post with merchants datamining and to @biopon for this info! Note: You can use this link to get list of al…

i’m pointing out there is no “locked out” issue like you might be suggesting or perceiving
you can farm it in whatever playthrough you choose, even despite deciding to align yourself with the opposite faction your build wanted that necklace from
and that’s ofc aside from being able to get it in SR or Crucible on that character too

Good job building what used to be a really scuffed concept