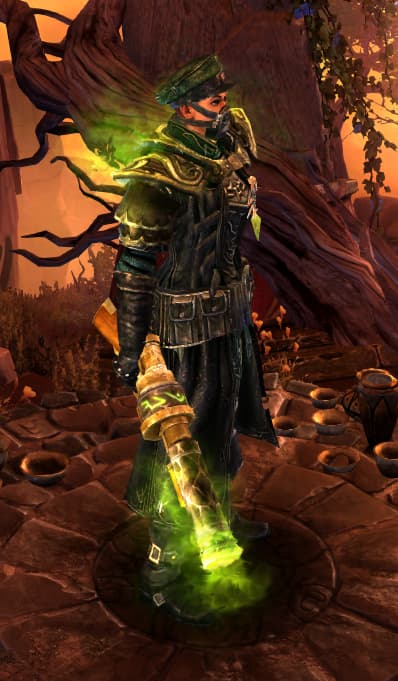 Bit squishy, but fast clearing ranged build that spams Amarasta’s Blade Burst, with 20% chance of passing through enemies (which in groups, is essentially 20% chance of double damage to everything in the area…)

The highest crit is around 280,000 dmg which, while isn’t "super duper impressive’ as far as crit damage is concerned, the fact that it can do this to every enemy in a 5.5 meter radius 2-3 times a second makes for great and speedy clearing of mobs.

The build IS squishy though. It has some things going for it (Possession’s % damage absorption, Black Blood of Yugol’s 16% reduced damage to enemies), 28% dodge and 22% evade chance, and lowering enemy OA by about 220 or so. But, it has low DA, and fairly low HP, and 0% slow resistance which can get it into trouble from time to time. 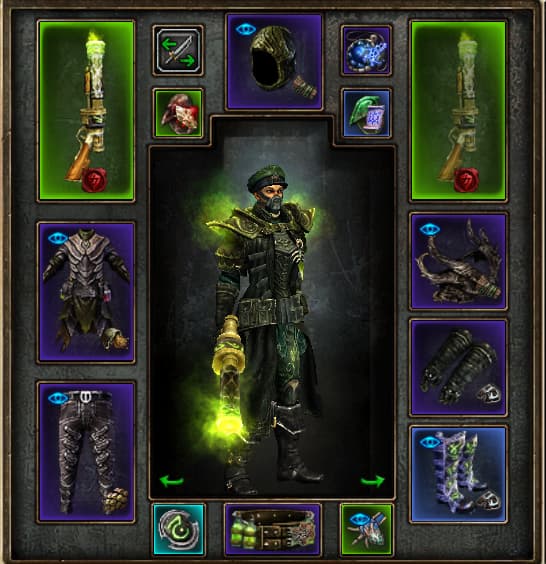 The specialist greens are a little off-putting, but as the build’s damage is quite high, the main things to prioritise are:

Anything else is a bonus. It still makes it challenging to acquire them, but the build is not exclusively dependent on those specific prefix/suffixes to function.

I’m inclined to agree with @Gnomish_Inquisition . Generally the builds that I make are usually specific-gear-dependent, so in many cases it’d be likely easier to level up the build using different skills and set up, then transferring over into this build when you get to the right level and have the right gear.