Someone has to say it. So here it is. The other “champion of the pit” guy is entirely unimportant on nearly the same level as Boris himself, but this one is completely out of place.

He’s not Loxmere levels of broken (since he doesn’t one-shot you but rather 3-shot), but still very broken. The only issue here is that all his abilities synergize extremely well: -def debuff, deadly aim to capitalize on crits, and spammable projectile attack with stun that deals immense damage should all the projectiles hit - and he’s more than happy to cast it point blank. And to top it off, he also heals via Word of Renewal, so if you’re trying to kite but can’t deal enough DPS while kiting, it’s a complete stalemate unless you have a way to remove buffs.

I’ve seen people saying the opposite, that Acedian Aldric is a pushover and Rekt Bytprotoss is monstruously overtuned. Thing is, they’re both purple optional bosses that are slighly ahead of the difficulty curve, since they’re tribute to a PvP competition held during this summer, so they’re designed to kill characters. So, elaborate on my points :

Naturally, people will say all kinds of things - however, Rekt is a one trick pony (he won’t be charging you constantly if you’re not running away) that is only slightly tougher than, say, Boris, provided you’re behaving correctly around his skillset. While Aldric simply has skills with a huge damage burst, nowhere near anything else in the area. They also don’t have their own area, and depending on a specific spawn locations, may be even standing directly in your way (on the road, not in the pit) as you play through Four Hills normally.
Secondly, Aldric isn’t “slightly ahead of the difficulty curve”. A boss that requires particularly adjusted build/gear just to deal with it isn’t just “slightly” ahead.

So, as for your points:

They also don’t have their own area, and depending on a specific spawn locations, may be even standing directly in your way (on the road, not in the pit) as you play through Four Hills normally.

Just going to interject quickly to say you can skip the whole area around there entirely by taking the Hanneffy Mine entrance just north of the Old Arkovia rift and exiting out the north side of the mine again.

Ehh. Thank god for surprising encounters in a four year old game. And you can bypass it entirely. It’s literally in an arena.

Turn it how you want, they’re optional. You don’t have to kill them to progress. If they stand on the road (never saw this, but I’ll take your words at face value), then just recreate a cession where they are in the pit. You can also just run past them. Or you can even pass through Hanneffy mine and not get near the Pit at all.

Also, dismissing what other people are saying because “they’re people” is incredibly egotic, as if you weren’t a people too. Some builds will have a really hard time against Rekt. Yours happen to be defeated by Acedian. There are other bosses like that in the game that counter some build types, but the build you’re playing at this precise time doesn’t struggle against them, so you don’t consider this to be a problem.

Now, these two bosses are slightly more difficult than other purple bosses, and yes, I mean slightly, as in, in the grand scheme of things. Let me reiterate :
1/ They’re optional. In every sense of the term. You can skip them, they’re only on one of the two ways possible to progress, they don’t drop anything really relevant.
2/ They’re within the power-range of purple Bosses, and no, you don’t need to particulary gear for them unless your build is weak against them, which is also the case of several other purple bosses, some of them being actually mandatory (Crowley himself, Bolvar, Bloodlord Thalonis, Loghorrean,…)
3/ I could also name optional Bosses that are definitly ahead ot the curve, like Sylvarra or Kra’vall, and I ain’t seen anybody complain about Kra’vall when it was released. It was just another milestone for your character to reach. And if you’re arguing that they’re in remote optional zones, then I’ll say that on the contrary, Rekt and Acedian make Hannefy mine relevant again, because previously to them being introduced, you had zero incentive to go through it when levelling a character.

Something I should add as well is that Acedian can be compared both in strength and fight to Ramzul (High DA shred, melee-range frequent nuke, frequent stuns etc.) who even had a topic shortly after Forgotten Gods released asking him to get toned down and to my knowledge no changes were made. Take that as you will.

Also, dismissing what other people are saying because “they’re people” is incredibly egotic

What a way to completely miss a point. “They’re people” merely refers to a fact that over years nearly anything in game that’s not trivial will be at some point called overpowered.

Turn it how you want, they’re optional

You’re missing the point again, this time very intentionally for the sake of your argument. If an enemy is optional in the game, that alone doesn’t affect the fact that said enemy might be overtuned for its current appearance. There are other factors in play, but you’re intentionally ignoring them completely, even after I spelled them out for you. “You can run past them” is not a solution, it’s a workaround for a problem - and if you need a workaround, then there’s indeed a problem. Yes, you can run past. No, that doesn’t make this thread’s point invalid.

Some builds will have a really hard time against Rekt. Yours happen to be defeated by Acedian.

You’re starting to make a lot of assumptions here, and as usual with baseless assumptions, they’re all wrong. I tried quite a lot of builds (8 of all different kinds, to be precise, all the sub-lvl100 heroes I had around) against these guys. Rekt doesn’t perform even against my pet build cabalist (or rather he probably would, but he can be handled without ever drawing aggro). Acedian wrecks 7 of 8 at facetanking, except an s&b tank with 85 lightning res, although others can still kill him with little adjustments and lots of kiting.

Something I should add as well is that Acedian can be compared both in strength and fight to Ramzul (High DA shred, melee-range frequent nuke, frequent stuns etc.)

Yep, that’s the vibe I’m getting. But if Ramzul is a boss with it’s own dungeon and dedicated arena, this guy is, well, just a bandit boss along the road.
Ramzul wasn’t nerfed, indeed, but Loxmere Nightmage was.

I’d say old Lox is in a tier on his own, far above Acedic

I’d say old Lox is in a tier on his own, far above Acedic

Well, that’s for certain. At least you can run away from Aldric unless you’re at 0 stun res.

Last time i checked Loxmere is a joke, even for averaged gear characters. If Aldric is weaker than him, then i guess he’s fine.

Still waiting for a SR level with nothing but hidden broken Loxmeres that Shadow Strike you out of nowhere.

Last time i checked Loxmere is a joke, even for averaged gear characters.

Did you check that in 2016? Preferably with a HC char? Because currently Loxmere indeed isn’t anyone important - that’s what severe nerfs typically do.

He has been a joke since well before that. Old Loxmere was pre-official release i believe.

They also don’t have their own area, and depending on a specific spawn locations, may be even standing directly in your way (on the road, not in the pit)

This sounds like a bug that ought to be fixed, if true.

Acedian and Rekt ought to only spawn in the Pit, where their aggro range is limited to people actually entering the pit (not unlike Boris). Hell, maybe toss in a gate to the pit to hard-prevent them from wandering out/players from wandering in without getting a good look-see of the situation.

Fought them a few dozens of times and they always spawned in the middle of the pit.

They can be lured out quite easily from a great distance if you hit an enemy near the gate, which there’s nearly always at least one.

Overtuned in comparison to what? Seems I’m not the only one ignoring the other’s points, since you haven’t said anything about Sylvarra and Kra’vall.

Also, check again, a workaround is a solution. Maybe not the type of solution you like, but a solution nonetheless. I also like how you ignore my point about Hannefy mine, but hey, sure, Acedian is waaaaaaay overtuned, and the only real solution is a nerf, gotcha. I’ll give you that I made assumptions about you. And if you want to extensively test the difficulty of these bosses during levelling, who am I to stop you?

I am honestly taken aback that anyone could complain about these added surprise mini-boss characters, due to how bad ass the back story to them is. There were 2 PvP tournaments held over the summer. I played in the first one and actually went up against Rekt. I got stomped, but the experience was SO fun, man!

Several months later, the Devs (who took notice of the community event) wind up BUILDING THE WINNING CHARACTERS (same skills and gear and everything) INTO THE GAME as option mini-bosses! I mean come on man. How cool is that???

One of the stipulations of the tournament was the max level for your character was 20. Think of these optional mini-bosses as a metric by which to judge the strength of your builds. I dont know if they scale to player level or not, but regardless… when you fight them, you are fighting the best of the best in a very literal sense, seeing as how many talented builders participated in the events.

Crate, please do not change anything about these mini-bosses. If anything, @Ceno had the best solution here. Put a door on the arena or something, but thats it. The story behind these mini-bosses is just too cool to change.

This sounds like a bug that ought to be fixed, if true.

I’ve never seen this happen so far, neither in my nor in other streamers’ games.

Also balance wise for optional bosses that you can just run by they are totally fine imo. Compare them to kra’vall or hidden path bosses (including Mad Queen).

If you can’t deal with them and you can’t just run by them, you can always go through the mine as people suggested.

A bit offtopic, but all these posts about how the bosses are overtuned makes me wish Callagadra had a chance to spawn in Crucible 170 instead of the usual combination of bosses with the chance increasing the faster you clear other waves 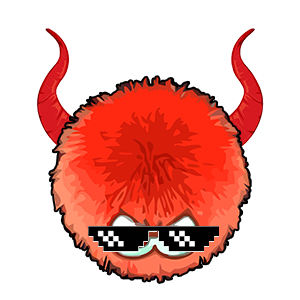