Due to some recent collisions happening on the forum between it’s members I’m adjusting the compendium rules for the first time since the beginning of the year.

From now on, if your build has performance-indicating tags like (sr), (sr+), (cr), (cr+) the build’s thread needs to have proofs of it’s performance. It aligns well with Common Sense Rules for Build Posting and I think that performance claims being proven is a common sense in itself.

For shattered realm tags (sr), (sr+) the minimal proof is a screenshot. This is what it should look like: 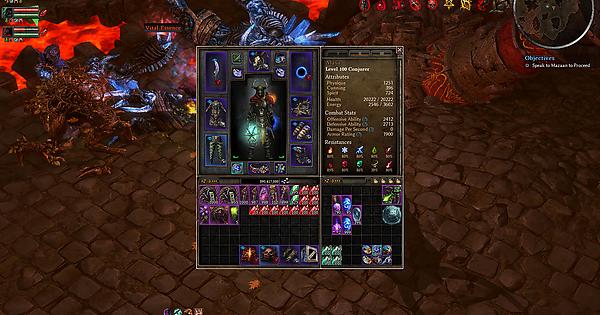 It doesn’t mean you can’t make a video, it would be even better.

Mind you, you can still submit builds into compendium even if there are no proofs of their Shattered Realm or Crucible performance, Compendium is open to builds that play neither to begin with. But performance tags will be removed from your submission if I don’t find proofs within the thread.

Note that this policy was essentially already in effect and I checked all (cr+) claims so far and fixed the tag in case it was wrong. I simply considered (sr) in particular to not be a big deal, since it was proven that even some faction gear builds can clear it on softcore, and I didn’t really doubt a build full decked with legendary items can tryhard it’s way into SR65+ somehow. But since I have received complains that this approach is a bit disrespectful towards other submitters I decided to be strict about in from now on.

As per previous precedents, builds already accepted in Compendium may remain as is.

Rules in the first post will be adjusted a bit later.

I have updated all of my builds with images from SR 66. This rule is something that was clearly directed towards me even though nobody has proved me of any wrongdoing. Some people say that SR 65-66 is easy and it is for memes yet this has occured. I would like to just say that it is such an honor to be a part of this trusting community.

While I’m sure this change in the compendium’s rules came about over what transpired in one of your build threads, I would not take it so personally.

Ultimately, dragon’s trying to keep the peace here and he’s done a great job keeping the torch of the build compendium lit after it’s been passed on to him.

Trust, as you put it, is unfortunately hard to come by in the anonymity of the internet and I don’t fault him for requesting this additional step to be listed in the compendium.

That does not preclude anyone from posting builds in this section however if they do not wish to abide by his instructions.

Hey, Stupid Dragon, can you add this Sucker?

Hello professor dragon, could you add this Vindicator?