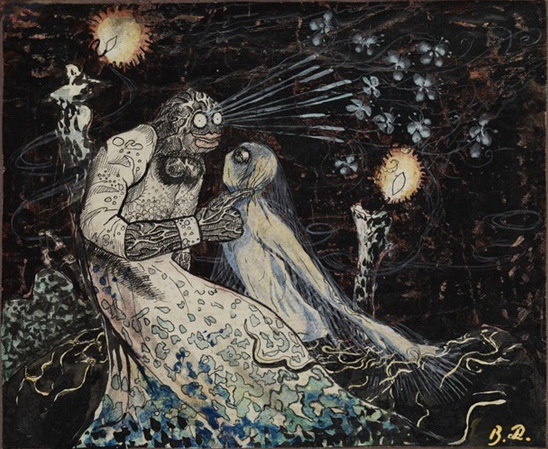 After a short break playing wolcen, happy to get back to the treacherous world of Cairn. This my first ever ritualist and my first ever full dark one’s character as well. It is inspired by arcane undo’s dark one’s ritualist but with enough differences(probably for the worse

) to make it original. The main thing is I wanted to try the synergy between crimson spike and dark one’s double wendigo totem. Especially now after the latest patch with the conversion from acid to vitality it offers. And… it works! 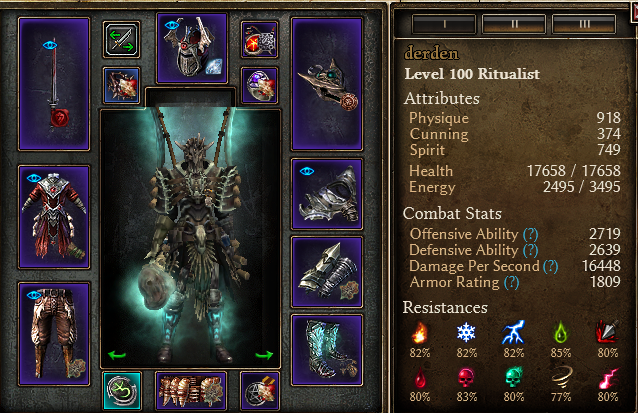 https://www.grimtools.com/calc/L2J9ebaN
Resistances are not optimally overcapped yet (they will be), since I haven’t farmed enough reputation yet.
It’s a really fresh character and I was eager to share

EDIT I dropped grasping vines line and put those 2 points into storm totem. I changed the wendigo mark to proc with wendigo totem and hungering void with siphon souls. Lastly i changed components on rings to runebound topaz for more life (though i lost a lot of armor, still thinking about that last change)

Chose harbinger of souls for the exclusive for the % damage since we convert about half of the aether to vitality. Master of death is obviously better for oa/da boost. Ravenous earth line as high as it can get for damage. We also convert about 90% of the poison into vitality as well, so that helps. Siphon souls for healing , some damage and -oa debuff. Mark of torment for the extra tankiness when needed. Spectral binding and wrath for the bonus stats and rr. From the shaman tree wendigo totem maxed and devouring swarm as high as it gets for rr. Mogdrogen’s pact line of course for oak skin and heart of the wild. Storm totem for complimentary damage and to proc the bat. Finally one pointers to the grasping vines lines for cc and procing dying god. The last one may seem kinda stupid but I like it.

Dark one’s set obviously. Crimson spike with high vitality% rolls for the synergy with wendigo totem as weapon. Hallanx’s head and string of maggots were something I always wanted to use in a build, cause they are great overall and I love their themes. Venomfire amulet, that idea I outright stole from arcane’s build, didn’t know it existed, haven’t noticed it before. Serenity for relic cause I wanted to try it, haven’t used it before and it’s cool. Rest is classic vitality stuff.

I levelled with ravenous earth/devouring swarm and it was a breeze. Just put on your best lokkar’s suit, farm a bonespike and you’re golden.

This ain’t the best dark one’s build out there (the bar is set really high) but I wanted to try new a setup and see if it works. And it does!!