Hey Romi - check these out - found the references in the mod section of the GD forum. In case the links don’t work the titles are " Cosmetic Wings - Ancient spirit wings
and Sexy outfit MOD?
and [MOD] Hairstylist - a barber in town!

Might be worth dropping the original author(s) a note and ask what tools they used. Just trying to make the dream real, one step at a time …and if you do install 'em let us know how it goes

Dragons. I don’t mind where, just put them in. 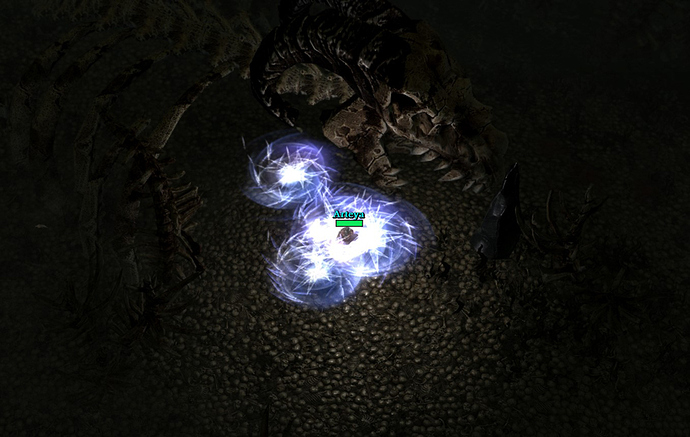 T-Rex by the look of it. Maybe it could be animated like the one Harry Dresden rode in one of the novels (the Dresden files for those who aren’t familiar)

T-Rex by the look of it.

With those horns? Um, those aetherials or chtonians have REALLY been mucking with the gene pool then.

Well look at what they did in Malmouth

TBH I did not realize the angle. I thought it was lying on its side, didn’t look close enough first time.

I did see that. I’ve played that game and while the wings are tempting, the outfit style isn’t. It could be worth messaging the authors, I hadn’t considered that. It’s worth a shot.

I also wish it was easy to Mod them into the game. I should add that to the list.

Yeah - book 16 took ages. There are two books coming out - Peace Talks in July I think and book 17 in September, so I’m guessing he wrote two in one go, which is why it took so long in the first place.

He was also working on his other series. Maybe he just got burned out on Dresden and lost inspiration.

Maybe he just got burned out on Dresden and lost inspiration

He’s got 3 more books to go. He always said it would be done at 20 books and he’s always been a man of his word. Speaking of Dresden file characters, we need a Molly Carpenter in GD - 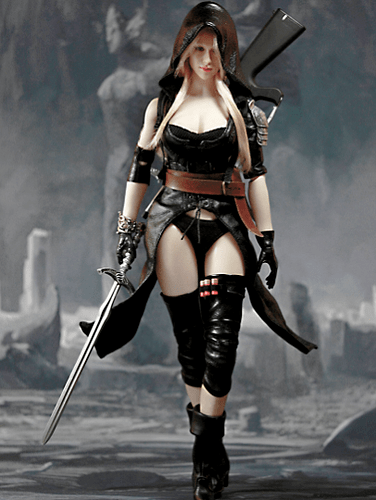 To be fair tho… making a mod is one thing. Making models and animations for that mod - quite another. It’s not something a person usually jumps into blindly with no foreknowledge or schooling. It can be done, sure, but you’re gunna have your work cut out for you.

As an example of some of the learning required here is Emrakul, maker of the Warhammer 40k mod, trying to figure out how to make it all come together - with Crate developer assistance:

Hi Everyone, how i can attach fx to this places? [image] [image] but i need it only when i use Leap skill i tryed dome things but it not worked [image] [image] its dont shows at all mif: [image] it work once when i use warmUpeffectName and choise bone, but it uses only on that bone, i cant choise my own attachpoints . and i need 2 FXs there s only one place where i can choise [image]

True; the point is there are already tools to make modding easy peasy. But without the necessary models/animations already ingame those items on the wish list wouldn’t be possible to make. And I can’t see Crate adding those for modding purposes if they’re not going to have them in the game to start with, given the cost of making them.

I do know that someone has made mounts using the horse models in TQ in a TQ mod so it can be done. How easy it would be to pull that model into GD and make use of it I don’t know. Come to that you could probably also use the Dragon Liche model as well for what she wants to do.

Lol I completely agree - Grim Dawn’s vibe / aesthetic is dark & gritty, fan service would be so out of place, I feel like it would cheapen the experience. That said, I agree that masks could be reasonable for casters - we have hoods and the like which realistically probably wouldn’t protect you from a whole lot more than a chilly afternoon!

Because women don’t want their characters to look cute?

As a woman that plays a lot of RPG’s and gets into the fashion/glamour side of things I like my characters to look good. Walking tin cans don’t look good.

It’s easy to look good in the game without being half naked. Just have a look at the Fashion Dawn thread.

With the release of Ashes of Malmouth, one of the most enjoyable and well-received new features has been the Illusionist by far. We think the community agrees, with new illusions posted regularly! We’ve scoured through the growing compilation of grim fashion across Grim Dawn’s various forums/reddit and, while it was a difficult choice, we came away with some of our favorite picks. These are a mere sampling of the massive number of possibilities when using Grim Dawn’s Illusionist! [image] [im…

As a woman I personally don’t really care what my characters look like; they’re there to do battle, not sash shay down a cat walk. But I certainly prefer the way Crate have done the armour for the game to most of the examples posted in this thread.

I’d rather argue that this isn’t a gender specific issue, but rather an individual one to each person. Some / Alot of male gamers i know care for most Games more about Stats and stuff, than how their Characters look like and “only” appreciate it at best. I for one (and i mean that seriously) stopped playing certain Games, where this Part is pretty lacking, especially when the cool stuff is hidden behind a Paywall (cough black desert online cough) and you look for the rest of the game like a poor peasant. I like cool looking characters / eyecandys (female and male characters) in a wide variety. And i’d argue for both genders there are people which are more focused on the practical stuff, while others prefers the looks.

The only “real” difference which i felt so far is that Woman are way more easily offended over skimpy outfits & oversexualizing than Man. How many times i had woman and (few) female gamers mourn about characters like bayonetta, samus aran and stuff, meanwhile i never heard any man whine about Conan the Barbarian and other (oversexualized and perfect) male role-models.