Grim Misadventure #165 - Bring them to Darkness

Way to create controversy out of thin air.

He’s already commented in a dev stream a while back - 95% of Crate’s sales are on Steam so they’d be crazy to think of moving.

that is a matter of what Epic offers… 12 months of exclusivity for a guaranteed 2M sales might be too good to refuse (no idea if Epic ever were to offer that, but that is a different question…)

Oh I know I’m missing out but this next update is PERFECT for starting it up and going crazy with it…Been wanting to level an oathbreaker but the changes to gear they are making while leveling is going to be fantastic! So waiting for this patch to drop.

Not sure if this has been answered before but are there any new lore notes? Like I don’t want to know what they are about but just curious as to whether any new ones got added

Well Crate said that there were lore with the content patch. Besides having such a big update and no lore added, now that would be catastrophic.

And just in case that wasn’t enough, this all comes on top of a major influx of new story content to digest. With Riggs eager to cash in on his deal with you (assuming you were willing to agree to his strange terms), you will soon find yourself on an adventure spanning the far corners of the Korvan Basin, eventually culminating in a lost oasis that was sealed away by the Korvan people centuries ag

This game Devs simply amazes me.

I know it can be far-fetched, but another expansion in 2020 with a Dark or (light, whatever) Cleric that uses heal to do damage to undead (I can even imagine big cross on the fields to hit them, using kinda-like light skills bolts (real bolts, and one close to AAR, light version) and mix that with the Chaos Bolts to be used like lightning (constant, with the cooldown non existent!) from the Occultist) And I will spend hours again in the game!!

Ok please don’t, after 1000hours… you still TEMPT ME!! Shame on you guys

Keep up the good work as always!

Danm I love this game!

Oh! And I saw that you listenend to my pledge for a dark wizard suit, You guys listen to us, You’re breathtaking!!

So regardless about how much I might ask for Xbox info, Crate is absolutely one of the best game companies out there.

I bought Grim Dawn in early access and have loved every minute.

Yes they do listen and if people don’t understand how big that is in today’s gaming industry, they need to look into it.

Borderlands has always been one of my favorite game series, but BL3 has been so buggy and not getting any help or patches from Gearbox highlights how good a company like Crate is.

I want my xbox version of GD dangit (with couch coop), but I will keep playing on my PC and I will keep buying every piece of extra content you offer us just to show my support!!!

At least we know your testing it.

You knew that already if you paid attention.

There is still balancing and bug fixing to be done, so at this time we predict that v1.1.5.0 will be released around the end of November to mid-December. Rest assured that you will have access to all these goodies in time for the holidays!

Is the end boss worth the wait and challenging ?

The end boss does damage that, if ignored, can result in a loss of health and in severe circumstances lead to death.

Is the dungeon epic and better/or worst than the existing ones?

It’s more amazing and much better than nothing at all.

The end boss does damage that, if ignored, can result in a loss of health and in severe circumstances lead to death

Spoiler tag! Some of us were unaware of this! 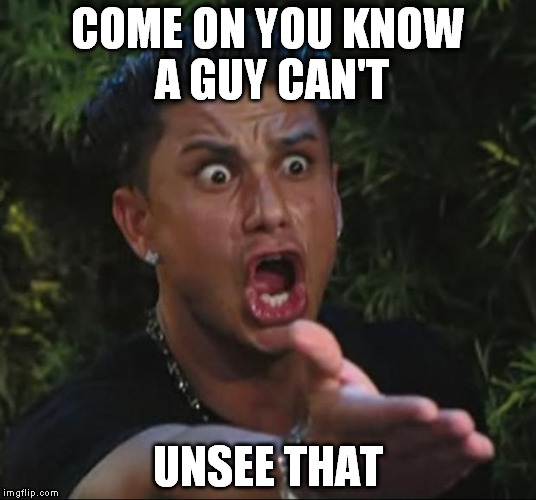 The proper terminology is “big doinks.”

Boss is called Grandmagus! Grand suggest high rank! wonder how is it compared to an archmage like Aleks.

This Margoneth dude gives me dark chill vibes. What damage type does he do? . Crate should emphasize on a Darkness theme fight! I hope its too dark that we could barely see him in some occasions. Deceit and trickery, with lots of fumble involved as he creates multiple copies of himself. Shoots dark infused laser beams and has surprise mechanics involving environment and pets to annoy us. We need a proper dark sorceror/mage boss fight in this game as most mage fights are against aetherials and they arent dark enough

this heretic patch needs to be integrated into campaign so to shut peoples complaints about fg being relatively short in content, for non SR lovers

I know this “comparison” is pretty popular on the table and had quite some Topic(mostly on Steam) about this, however i found FG not much shorter than AoM, even without SR on the table. I’d argue if Big Z / Crate would’ve given us another 15 Levels, 5 up to 10 Devotioncap raise and a new Tier of Items, people would’ve less complained about the Content and how Shorter it feels, due that’s the thing which makes the actual difference. AoM had a Carrot which you spent your Time on and stretched the size of the Game, while FG could tackled with your Full-Equiped Max Level Character, and every bit of Gear and Stuff is more about adding more variety / possibility for Builds, instead of let you go through the Item-Cycle again. I’d argue if you would take away the Levelcap-Increase and Itemcycle of AoM, than people wouldn’t see that much of difference, because in terms of actual Size (Map, Monsters etc) it’s pretty similar’ish. Also not to forget that FG Content added huge variety / diversity in terms of Mapdesign and Monsters, due it plays on a different place in the world of Grim Dawn. You have completly new / different enemies, unlike AoM where many of the stuff feels like a (obviously) Continuation. Also let’s not forget that AoM had Areas which were much more complex in terms of Layout… especially Malmouth itself is Labyrinth, which also stretches somewhat the size of the Areas. Bundled with the fact that Waypoints in FG are much closer, than it’s obviously that FG feels Shorter. Than again i find it kinda ironically because i remember the (pre-)AoM Days where people complained about the Waypoints are far to away and in AoM there are People who dislike Areas like Malmouth for it’s complexity. So in the end it again shows, no matter how the Devs it does, it’s wrong anyway. The only thing which FG really offers less is in terms of Classes, because 1 complete class more does have an Impact.

So to suma sumarum:
I’d argue if we talk about the “actual” Size, i’d still argue AoM and FG are similiarish, especially if you take SR into account. Not forgetting that FG is cheaper (price-wise) compared to AoM, i’d also argue where FG might lack in terms of Quantity ( Content ), it compensates in terms of Quality. I mean the whole QoL Stuff, Movement-Runes which adds another layer to Combat, Iron-Transfer etc etc… does really much to the Game because it irons out edges and polish GD as a whole. Last but not Least let’s not forget (which you already pointed out in some fashion)… the “Expansions” itself are one thing, but even after a Expansion is released the Game gets post-launch content like the Upcoming Questline / Roguelike Dungeons.