While i disagree on crate’s direction to go so far away from the genre they are so good at (arpg), into almost an opposite genre, i kinda respect the decision.
It also reminds me of a saying that as a dev, you can only make so many games in your life. And in that sense, if it is feasible from business and timing sense to make a pet project, or something that the devs had wanted to do, it’s best to go ahead. Grim dawn fans will always be around for a GD2 no matter how the new sim game turns out

Thanks for the years of updates! I was not big on RPGS but Grim Dawn became my most played game of all time. Looking Forward to Farthest Frontier and other future Crate games.

Just want to thank Zantai and everyone who’s worked on GD over the years. The absolute best ARPG I’ve ever played. Not sure I’ll ever stop playing it to be honest; I’ll likely catch the itch and make new characters for years and years.

Really just amazing to see how far this game has come since I first laid eyes on it all those years ago. Crate had large ambitions and delivered in a way I’ve not seen a from a small studio. Well done Crate, thanks for everything.

You’ve earned many faithful customers because of your efforts and the way you’ve supported your game, and I wish you all the best with what’s to come.

Now compile the Misadventures and turn them into a book, an ultimate diary.

Dev stream to commemorate this soon?

Nearly 300 gun buffs incoming! (actually some need help but not quite a bad across the board as I thought)

Just shy of 3k hours in game since I believe B13. Oldest character file I still have is from B17, which looks like when Nightblade class was added. Outside of a 3 year pit of Eve online time, easily the most time I’ve sunk into a game, and really nothing more that I’d ask for from an arpg. Sad to see it finally winding down but everyone knew it was coming sooner than later.

Shared this in discord before, but I assume someone around here is still lurking that signed up before me. I really didn’t go more active on the forums and full builder life until earlier this year, previously doing 3-4 months run before setting it back down for a few patches. Most of the people I associate in my head as the O.G. crew that are still around signed up like johnny come latelys in the kickstarter campaign! I had serious concerns if the game was going to see the light of day when medierra posted some of those early ~2 man shop updates, so thankfully that kickstarter campaign and the wider start of the indie movement had their day in the sun at the right time. Thanks Crate for the awesome experience, I expect it’ll still keep me engaged for a few years more even if the updates have come to an end!

gachibass_chechnya_kavkaz : Could you share with us what’s gonna be in the next expansion/GD 2 in terms of storyline/lore, at least a bit?
I’m not sure I should really talk about that because I’m not sure when or if it’s going to happen. I mean I can give you some ideas of threads we might pursue. For example there is the whole thing with the Emperor, the capital, with the Sun (son?), Ulgrim seems to be a special guy too. The Witch Gods seem to have gotten their way - what does that mean for the future of Cairn? What will happen to the future of Kymon’s Chosen? That Sigil?

GM #159 gave us news of some upgrades to 4 older sets, new fxs for some skills and AAR will have pierce capability in patch 1.1.2.0 and there’s a new rogue-like dungeon on the way in a future patch. The stream on the 19th April showed off changes to some of the sets from GM #159 plus some skill changes. It also had some interesting background to how some of the characters went from insignificant NPCs to major players in GD’s story. Hillhome : how is Dawnshard not a set? Primarily so we coul…

Also hope that we’ll get that Loyalist Pack #3 for GD. If you won’t let us throw money at you for the town builder yet, then let us do so via another Pack please.

And still waiting for that Crate story to be finished and released @medierra The outstanding goal from the KS; given GD is now “done” might be a good time to wrap that up as well.

Then you can start writing the sequel.

Thanks for your hard work guys …thanks for the game!!!

I really hope Crate will silently keep working on third addon and 10th class for GD. And we will get it later in 2022 or so.

Latest but not last, right?

Grim Misadventure #173 - Onwards into the Shattering

Hello again with a Grim Misadventure!

What’s Next?
2019 may be behind us, but that doesn’t mean Grim Dawn’s finished! We’ve already given you a taste of what’s still to come in our last update

Thank you all at crate for the wonderfuill game and ongoing development. I started shortly before AoM and have since then 800 hours put in the game. By far the most in a single game ( according to steam the next entry is at 150hrs ). I liked to participate in the community in the forum and discord. Now there are the community leagues to keep things interesting and maybe add some stuff to the experience.
Its bittersweet but other games are waiting to become my comfort food game to go as a side for podcasts or series.

Thank you again and we’ll see us in the fartherst frontier or any other ARPG.

Congratulations on successful support period of Grim.
You’re probably happy to turn more attention to something else now. Take your time though. 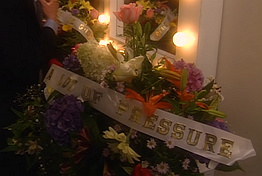 That was ruled out long ago. There’ll be no more expansions for the game.

This announcement also marks an end to our grim misadventures together.

my cries echo across realities!

Somewhat sad, but it’s not like Crate team will cease to exist after releasing the update. They probably would want to polish it as much as they can balance and bug-wise. Then they have Farthest Frontier which will be a treat for those who enjoy this type of games. Hell, even if you don’t you might still like it if it’s made by these guys. After that, who knows?

And lets take a look at Diablo 2. It is still played by a lot of people. Why? Because it’s a good game. Is Grim Dawn a good game? Yessir. You do the math now.

Diablo 2 is being played by a lot of people still primarily because of two things: online ladder play or mods. The former is not an option for Grim Dawn, but the latter is. And interestingly enough, the most popular mod is a combination of Grim Dawn and D2.

There have been the pvp tournaments for GD and also some challenges in Dawn of Masteries mod.

lol this isn’t an MMO

This is an end of an era.
Thank you Crate for this amazing game.

Looking forward to your future projects.