Grim Misadventure #48: Into the Mountain

Hello! Welcome back to Grim Misadventures. Today, we will dive deep under the earth and take a look at one of the new environments coming with Act 3: the Mountain Deeps.

There are dark places in the world of Cairn that lie all but forgotten. Not even the light of day pierces into these vast subterranean grottos. Wise men will tell you that truly nothing could survive in such forsaken places, and yet those same people would never dare venture into the Deeps. Ask those that had traveled through Smuggler’s Pass and they will paint you a different story: an entire ecosystem thriving in the darkness.

The cavern floor is illuminated by strange moss. The plants, deprived of the nourishing sun, give off their own eerie alien glow. Even the beasts, and there are many, will peer back at you with eyes that have never seen the sky. 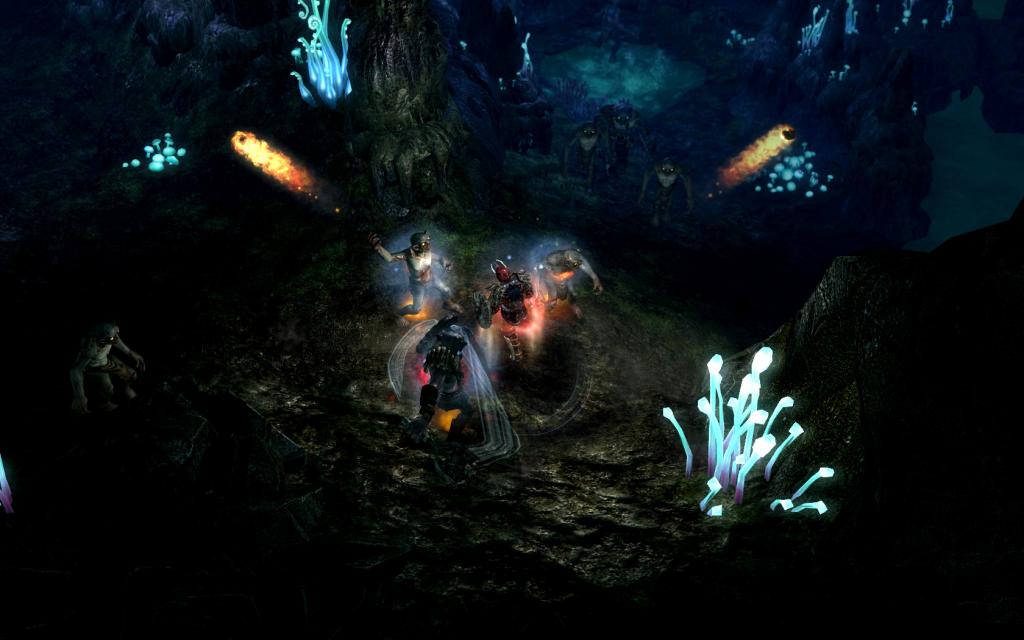 This is their kingdom, their sanctuary, and you are trespassing. Should you dare venture underneath the surface, you will be met with dangerous new foes that have survived, no thrived, in one of the most hostile and unforgiving environments in Cairn. To them, it is you who are the strange creature. You are the one that comes from the land beyond the blinding light. It is not often that they get to feast upon such tender flesh. 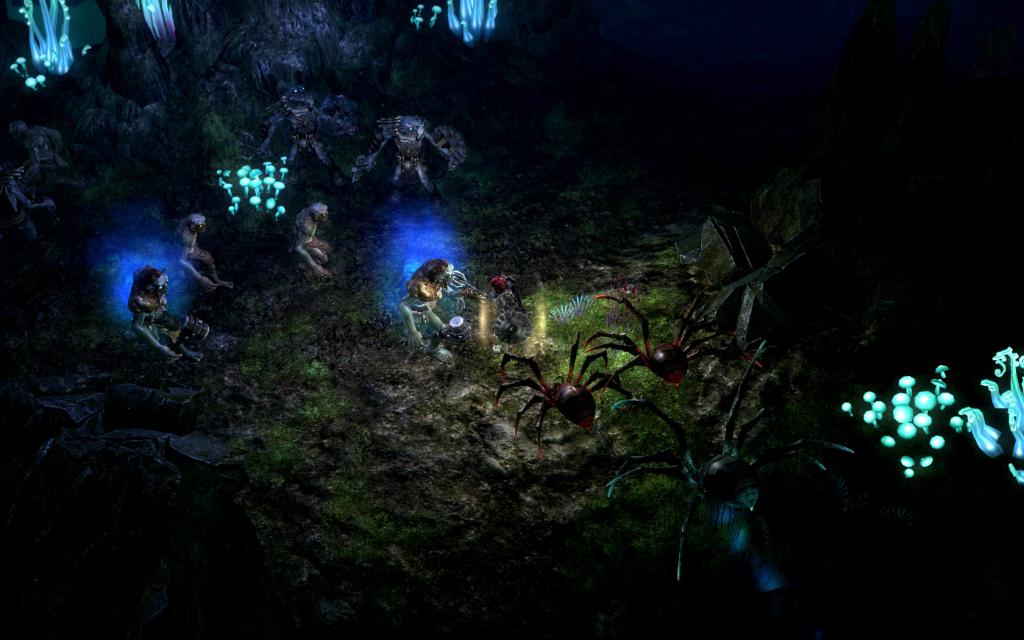 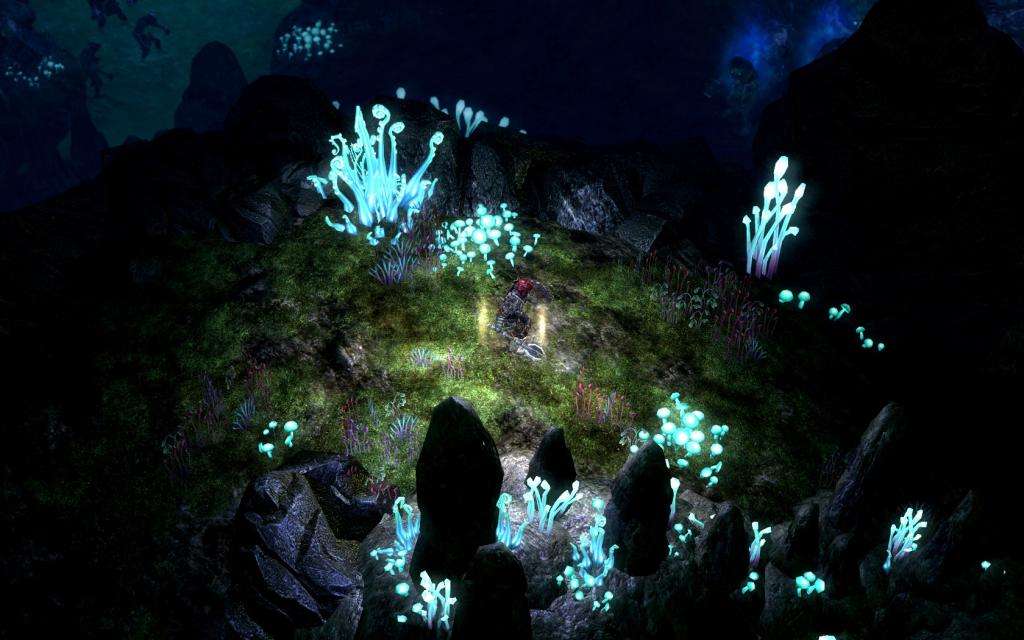 The Mountain Deeps are just one of many new hostile environments coming your way with Act 3. Stay tuned for our next dev update, as we continue to reveal more of what the future holds for Grim Dawn! The next update is on 07/07/14.

Edit: wow this is awesome! it feels almost like your in some kind of ocean abyss! Going to love exploring this area. I wonder what fearsome monsters I will face

So, will there be destructible or clickable bioluminescent plantlife for us explorer-types to scavenge for sweet gear?

Looking forward to this

Loving the look of the new area! A nice change from the underground environments in the first 2 acts.

What untold horrors (and riches) await us buried beneath the mountains? :rolleyes:

Environment looks cool, but I don’t like we fight Spiders again. We need new type of enemies, even if these are red spiders

It would be cool if these new enemy theme was darkness, and they could do stealth attacks like some of those specters.

That looks great. I hope we find much to explore down there. Brings back fond memories of reading of Drizzt Do’Urden and his years deep in the Underdark.

The detail on those goblin-ish looking mobs is awesome.

Sent from my SCH-R950 using Tapatalk

Wow! Totally different look than other locations, yet so familiar! Awesome mood.

I love the glowing curly plants. And the looks of those spiders…

Wow, beautiful environment! You guys never cease to surprise me; I wasn’t expecting to find bioluminescence in Grim Dawn!

I’m liking the goblins and spiders, too. All this cave needs now is a vicious, frightening, leaping predator of some sort (besides the spiders, I mean - something with a nightmarish maw).

Is the gear art that is dropped going to be respective of the enviroment or current gear art, loot pried from the dead hands of ill prepared or unfortunate smugglers?

Oh~ spooky~ I love it. Can’t wait to have my little Will-O-wisp!

Reminds me of Blackreach from Skyrim.
That’s a compliment btw, not a complaint

looks good! when is B20 and act 3 coming out

Whole environment and creatures and title remind me of “Lovecraft/At the mountains of madness”. It’s quite enthusing, want to see more coming

reminds me of pandora from avatar.