It’s been a while since my last (and first) guide. In that time, I’ve been experimenting with lots of niche ideas for builds and today I’m going to share one of those with you all.

Introducing… the spin to win warlock: sponsored by Scion of Arcane Force, Voracious Reach, and memes. On its surface, it might seem like just another hipster, trash tier, useless build. Looks, however, can be very deceiving.

This build functions as a reliable and solid SR75 farmer and can potentially push into the 80’s and beyond. For crucible speed junkies, I’ll also include a more glass cannon setup for zipping through 150-170.

The build primarily revolves around the Scion of Arcane Force weapon. This weapon gives a ton of conversion, and I mean a ton. Just by being an Occultist, you’ll get an easy 100% Vitality converted to Tri-ele. On top of that, a well rolled one can give 60% Aether to Ele and Chaos to Tri-ele. To complete our conversion memes, we use Horns of Korvaak and two piece Iskandra’s set to cap out our Aether conversion and get almost 100% Chaos conversion.

What do we do with all this flat damage you might ask? Well, there’s a reason why it’s called Voracious Reach. It’s because it’s hungry for all that juicy flat damage. With how fast it hits per second, we can maximize the enormous amount of flat damage we now have.

If that wasn’t enough, we go even further. Voracious Reach has built in Acid damage and so does Blood of Dreeg. If we want to utilize this, then we gotta use Mythical Mark of Anguished Lies and Mythical Crimson Lotus to convert that damage to elemental. This won’t get you to 100% conversion unfortunately (especially because Tri-ele and single ele have different orders in conversion), but it will convert most of it. 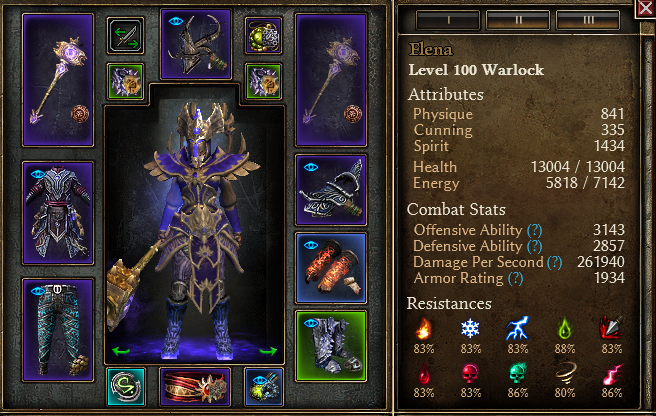 (stats with perma buffs up) 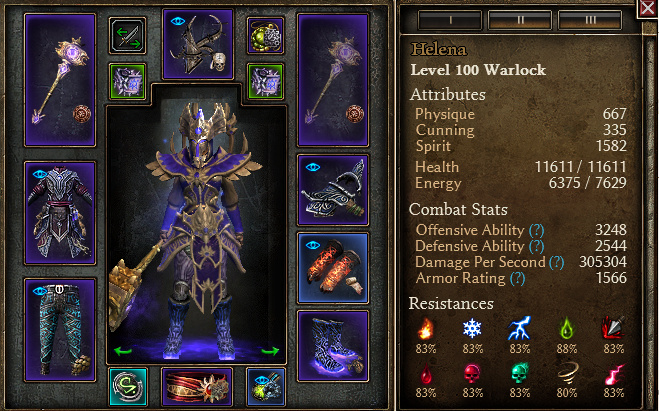 (stats with perma buffs up)

64RR… @_@ and yet the melee elemental build chews up Grava…

in a combined 31 seconds

Interesting take, using VR while everyone else is focusing RA. I’ve made a few theorycrafts on 2H Melee Warlock but the low health kept me from implementing it. You seem to went a defensive devotion route and invested into spirit to compensate damage.

Yeah a Reaping Arc version would also work really well here. I might also add a GT for that. I imagine both would be similar for the most part with the main difference being that Reaping Arc would probably do more damage but require more global ADCTH.