Lightweight Mod for Speeding Up the Leveling Process

weird question, can i use this with other mods (DoM, Grimmarilion) using the non-custom version cuz u change the base archives from the game and not a external mod? (pardon for my english)

Not unless you combine them to make a new mod.

oh darn it was obviously lol

@Van_Houck can you introduce the best graphics in your mod? there are about 3 in the nexus mod, but I can’t insert them

Do you mean the ReShade configs? There is no reason why they should not work with this mod, since they are a separate thing.

reshade does work with any mod not just this one. Also if you need the larger fonts file that works as well. I use both with all mods with nps.

whispers: I still want bigger stash with this mod.

whispers: I still want bigger stash with this mod.

Credits go to tt300 (hope this is fine, I only merged the files). You can find the mod page here: New Caravan & Inventory (Extreme Edition)

Thank you for providing the merged version with the Caravan mod, I tried to use the “Non Custom Game” version and “Non Lightweight” version and started a new non modded game, the Stash is working correctly, however for the inventory Iam seeing the expanded size, however I cannot put items on the additional slots. Thanks.

Alright, I fixed it and updated the link above. For some reason I needed to rebuild the whole archive, which was never required before …

Thank you, I will try it out.

Awesome! tx trying it out.

lol talk about timing I was just thinking if we go higher in levels we need more then 55 devotion pts as well.

@Van_Houck how can you put a non light version with devotion 94 or more? devotion 55 is very old, many like to explore the devotion tree, I am one of them hehe

Yet Another Patch for the Lightweight Mod Which Somehow Turned Into a Heavyweight Mod — Devotion Cap is increased to 100. Only for the merged version.

My mods folder got so bloated with all these versions of this mod and Nydiamar as well as other mods that I’m now very confused and no longer know what is what. Help. 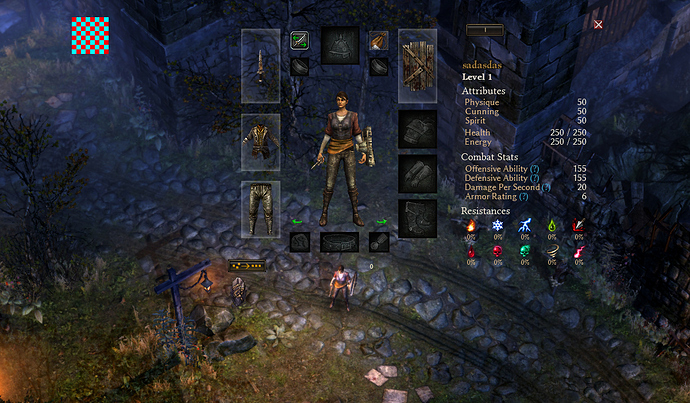 I put this one on devotion, and he bugged the game.

the bug occurs for those who are not using the mod merged with New Caravan & Inventory (Extreme Edition).

Yes, I should have added that I only changed it for the merged stash mod version!

Can you not just use it instead, or is there a reason why you don’t want a larger inventory?

is that his nonlight mod works in the campaign, then when I play some mode (for example the grim reborn 2.0) I can play your mod + the mod reborn quietly, but in this case, he bugs the inventory kkk

Could not test it, but it should work.

Using the new heavyweight mod with the inventory expansion. Ran into a weird bug? The exp scroll when I right clicked it didnt disappear in my inventory. I got the buff. The scroll kinda went invisible then counted down like a timed skill. Then it became a usable scroll again. I could move it like a normal scroll etc. When I used one before it disappeared like I believe it was suppose to.

I tried to reproduce this bug, but no matter what I do, this does not happen. Weird indeed.

Maybe you had another two as a stack somewhere else, so the scroll gets taken from the stack instead?