Like spin to win? Like pets? Wish you could have both? Come on in! Dunefiend / Ghol's Acid S2W Pet Sentinel (SR80+, Lokarr capable)

@DeputyChuck was showing me his theory crafted hybrid lightning conjurer (his actually has OA…! I’m quite envious

) and I felt I should revisit some of my old hybrid ideas (thanks for the inspiration!). Don’t mind the toon’s name (Spinny Birds) back when I made this guy it was supposed to be Bysmiel + Cyclone pieces… but acid just comes together easier…

… and with that,I 'm sure there are better uses of the Korvan Dunefiend set, I know there are better uses of Ghol’s pieces. But… if you want to spin (pretty fun I have to say… more than I thought it’d be) and if you want to have capable acid / poison pets (who doesn’t want that?) then you’re in the right place! I can somewhat comfortably beat SR70 without dying usually, though SR65 is a safer bet. I’ve beat SR76 with this guy, but it can quickly find itself in deeper water than it likes to be in up there. Lokarr was a bit of work, took a second try, but he went down with a little careful piloting.

But, I don’t want to undersell it either, it does survive pretty well and can put out some decent damage (not huge damage… “decent” damage). Main game content is easy peasy if I don’t get stupid. Against hordes I spin in debuff and the health bars just melt as the pets feast and I’m whirling. Against nemesis and tough bosses, it is a little more gorilla warfare, I spin in, the pets chomp, run out and let that delicious poison DoT do it’s work. This toon actually feels like a hybrid, the toon and the pets contribute.

The pets convert elemental → acid, and the toon benefits from the flat fire and lightning it gets from the bird’s aura and the fire from the hound, converting that to acid. And of course everyone is benefiting from that 26/16 BoD and it’s flat acid. All in all it works well enough.
The build: 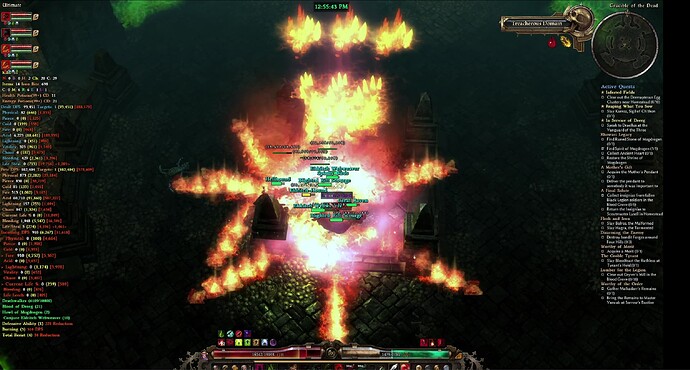 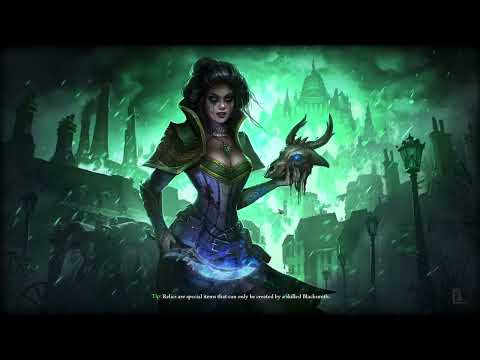 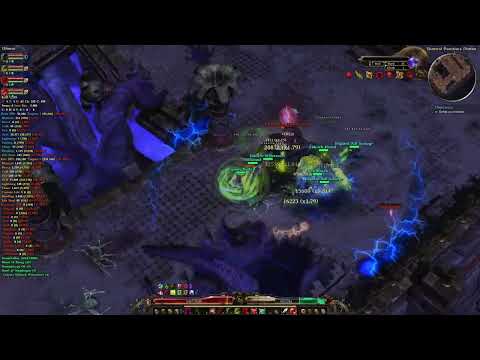 This is definitely not the strongest build, but it is different and quite fun to play, get the best of both worlds… spinning and pets.

Thought I’d share since this one uses realistic drops all around, nothing special about the equipment (not that using DR’s has stopped me before…

Wow, really cool. I think this is the best hybrid build I’ve ever seen?

I’m envious, because I’ve wanted to have a hybrid build to build towards for literal years now.

Thanks, this is the only hybrid I’ve made that actually feels like a proper hybrid, where the toon and pets really do something together, not feel like just a not so great non-pet and not so great pet toon mashed together. Wish it had 100 more DA / OA, then it’d be really decent… but, pretty close.

This has quickly become my favorite build to play.

With the help of a couple elixirs I’ve managed SR80 so far. I’ve learned to play this one better… stay in it, spin, spin, spin… take that health steal from Toad and the Dunefiend set and let the pets get busy while I stay spinning. This toon is so-so against bosses, but melts hordes fast. But regardless, I really like playing this one.

Also, I’ve shuffled a few points around just a little bit. More DA, more fire → acid for everyone, and added a little flat in the devotions for the toon. 99% the same as above, but a few small but meaningful tweaks. 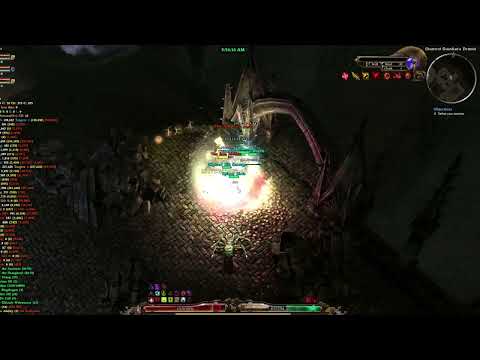 Might I suggest you steal a point from somewhere (rebuke?) to spec into possession ? You have no exclusive skill
7% damage absorb, 80% skill disruption protection and some non-negligible %acid and %poison is nothing to sneeze at.

In fact, you could steak 2 more points from rebuke and place them in Solael’s witchfire and second rite, for some flat damage and 6% attack speed.

In both cases, a single point goes a long way since you have bonus to all Occultist skills.

Good idea, I tend to use Possession in my pet builds (have caught flak for that!), but ignored it here. That bit of chaos resist / % damage abolition / disruption makes good sense for a point… thanks for the idea, I’m going to use that one.

Will give the witchfire a try too, not a skill I think I’ve ever used (for non pets anyway).

v3? Maybe better pants, the acid damage bonus to the pets might be worth trying. I’d probably move the point from Rhowan crown back to the wolverine to help get a bith more pet vitality. But, other than that, looks like it should hit harder. Maybe.

*edit - Opps, meant to PM this to someone, not post it… anyway, looking at a few changes to keep it getting better.

Hello boss, how do you dual weld? i cant put two swords

Helmet grants you the ability to dual wield melee weapons.