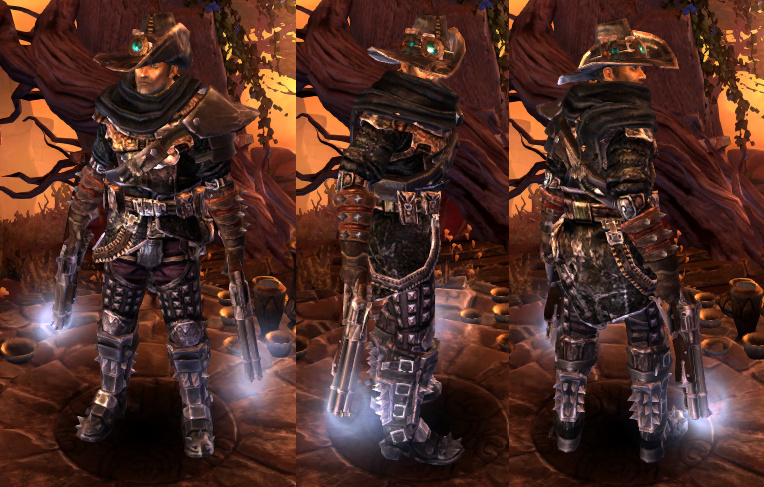 Joe is FRIENDLY. Every team could use a Joe in their travels!

GrimTools: *Updated with suggestions from the Community: https://www.grimtools.com/calc/62akgz3Z

Solo Play is not Joe’s forté - He is somewhat tanky but lacks damage output and has no sources of AOE damage on his own. Joe works best when playing with FRIENDS. Joe’s OA and DA are ridiculously high

Joe’s mish-mash of equipment helps him to get max Field Command which started off as an experiment, and ended up sort of working for the purposes of this memey build

So be like Joe. Or invite a Joe along to bring out the best in you!

You could focus even more on the support side. By using Aura of censure instead of war cry, and Word of Pain line for more RR debuff and storm box för stackable DA shred. Deadly aim only works for you.
https://www.grimtools.com/calc/lV7lJzbZ

I have made two dedicated support builds in the past which are the real deal, but neither of them really does damage at all:

Why so many points invested in Fighting Spirit?

Like Deadly Aim, this skill only affects you, and with single player not being Joe’s cup o… Joe… You may be able to get more out of these points being invested elsewhere.

Yeah according to the GT, when everything’s active you do have some nice looking OA/DA. But something I’ve learned from building around Fighting Spirit is that if you’re not constantly in the frontlines with attacks landing on you (as attacks which are blocked dont count as “hits”), Fighting Spirit isn’t a great or reliable dump for points, unless the build is designed for you to be a main source of threat, and your intention going into battle is understanding you will be taking hits (high DA is counter intuitive to this end).

In short the benefit is decent but its reliability is not.

This makes sense for a lot of the campaign gameplay. I think when fighting in SR or Crucible, there are so many enemies surrounding the character, taking constant hits is inevitable, and it’ll proc the temp buff quite often.

That said, my point here is moot, because this build doesn’t need Fighting Spirit, and it’d undoubtedly benefit more from having those skillpoints elsewhere; even in Cadence for a damage boost, or Markovian’s Advantage or Storm Box for DA shred as @malawiglenn suggested above…

That’s a fair point about SR and Crucible, I didnt consider that. Yeah if the build is designed for that area of play, in multiplayer setting especially, maybe it would make sense

OH! I forgot, Fighting Spirit with the two pistols gives +20% attack speed. So it’s worth having at least a single point in it.

I totally missed that part! Womp womp. Disregard what I said.

In fairness, so did I for a minute!

It still only needs one point. If I take away the rest, and some from Deadly Aim, I can get higher damage output for this char without compromising on team buffs

a little detour here. How important is support in multiplay really? The few times I have played it, monsters and bosses just melted. The monster hp, da/oa and dmg increase do not scale well with more players in GD compared to other ARPGs

When it’s possible to have a single character powerful to solo endgame content, then having four of such characters in a team is superfluous. And indeed, even having a support build, is unnecessary; a strong solo character doesn’t need one. But if we were to truly think in that way, then we would all be playing Warlords or OP pet builds and ret tanks only, for surely those would be the only characters we ‘need’.

These characters are designed for a bit of fun, and that’s why I don’t really mind if they’re not super OP or super min-maxed… I think they’re a “fun concept”, much like playing a caster instead of a tank; the feel of it is different, and sometimes the ‘feel’ of helping out a team or boosting a team can be nice, even if it’s arbitrary

I think how “important” it is is relative to the individuals player experience and how fun they find it to play as a support build, combined with the builds being played alongside it.

Standard builds that run SR and Crucible solo, you know the high tier builds and stuff, it’s less “important” because it’s not needed due to the builds being made to perform without that kind of support.

Unique, casual, thematic, and memey builds, however, will find a support build to be VERY important. Let’s say you play with weird restrictions for fun, like for instance, no weapons, shields, or off-hand allowed (just an example, one of many I could give if you want to know more). That support build is going to be very important to have by your side!