I’m using D3 Mage with the mirror skill and it’s working when you are in a fight (mostly for me in melee and spamming the button).
So yeah it is a little buggy

I was expecting to see a summon or two from using the Mirror Image skill. But when I press the skill nothing happens. Wondering how you got it to work.

i’m using this skill for a better survival in melee with my monk/mage class.
If i use the skill i spawn 4 images of myself which attack and using skills for a short amount of time.
You see their health etc. on the left like extra players.
So i didn’t try range with it yet, but for a bug report you need to write to the owner/creator of the diablo 3 mod.
So unlearn the skill and use something else instead

I can definitely confirm the skill is working now, but it seems Mirror Image needs to be summoned onto a target. What a strange way to configure a summon skill haha

I had a legendary drop and game froze before I could hover over it, and my OCD makes me want to know what it was, so I know how upset I should be…“Coven Nex” Sound familiar anyone?

It’s a GQ item from TQ. One handed mace. 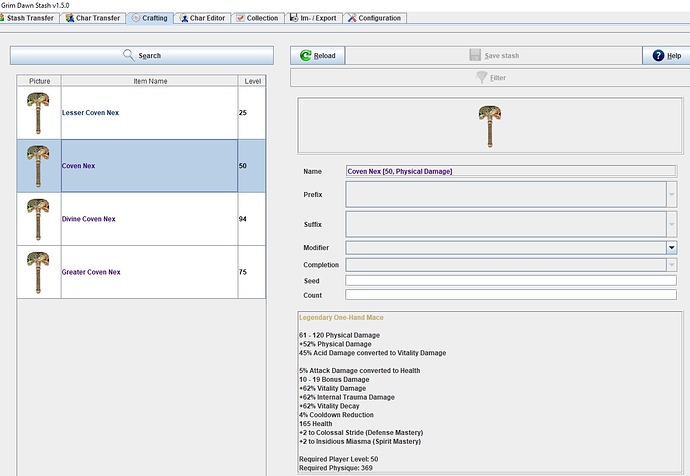 I got a quick question.What’s the difference between pure type damage to elemental damage.

Example.I play with a D3 wizard+storm.I got an off hand which has 28% lighting damage + 44% Electrocute damage + 14% elemental damage.What’s the difference?Does the ele damage add to the lighting damage?

tyvm.Am experimenting with elemental damage at the moment to see how the different type of damage works.I am bad in numbers

Hey guys, I’m getting frequent game crashes running nature+shaman pet build. Already ruled out rainbow localization. Next would be grim internals. Anyone else getting crashes?