I was looking at the Mage Hunter builds in Build Compedium X and realised that all the builds are casters. I like DW guns and lightning so I want to try to make one using Mage Hunter. 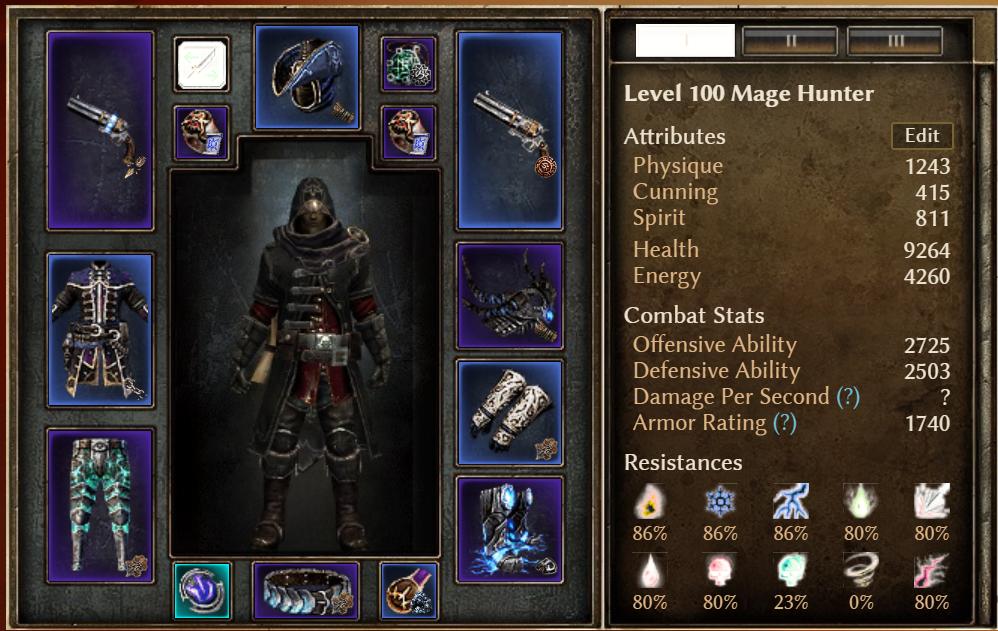 7K34NeX.jpg998×631
I know the Aether resist is very low in the GT but I did not adjust for it because I don’t see a need to until I can solve the HP issue.

This is my first time creating a build so I have a few questions: