Can’t decide if you’d rather be a summoner of the undead souls sucking away the vitality of your enemies or prefer to be an overlord of elemental birds and creatures? Be both! Everyone likes a good glass cannon, right?

Don’t see too many Diviner’s builds, and to do one properly I’d drop the Bysmiel set and build around it’s damage types… but, two birds, five reap ghosts (and three arm ghosts)… how couldn’t I build this?

I think I could have been less aggressive in the devos and actually made this more balanced, but I really tried to compliment the damage / rr as much as I could. The Bysmiel set is elemental based damage, the Diviner set is vitality… luckily cabalist has some -rr for both, if only necro had -rr for elemental < saddsies >. The resists on this toon aren’t bad, but it feels squishier than the numbers suggest, only thing I can think of is lack of overcap. This toon is already capable and fun, but I think it would be next level with a little more DA and resist overcap… but, I don’t care because I have two birds and five reaps.

This toon really hits mobs hard, lacks a little damage for bosses though, that’s what holds it back in Crucible (finished 150-170 in a little over 6 mins, nothing special). But, it still does alright, overall damage is not lacking.

Pet stats / resists with only perm buffs up and BoD. 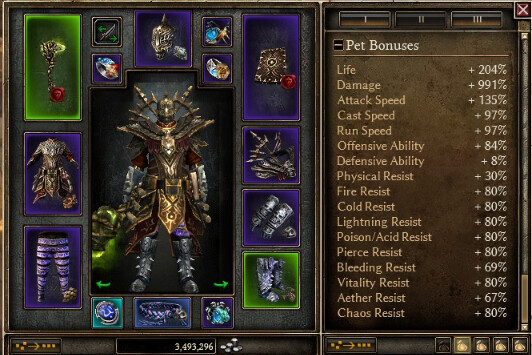 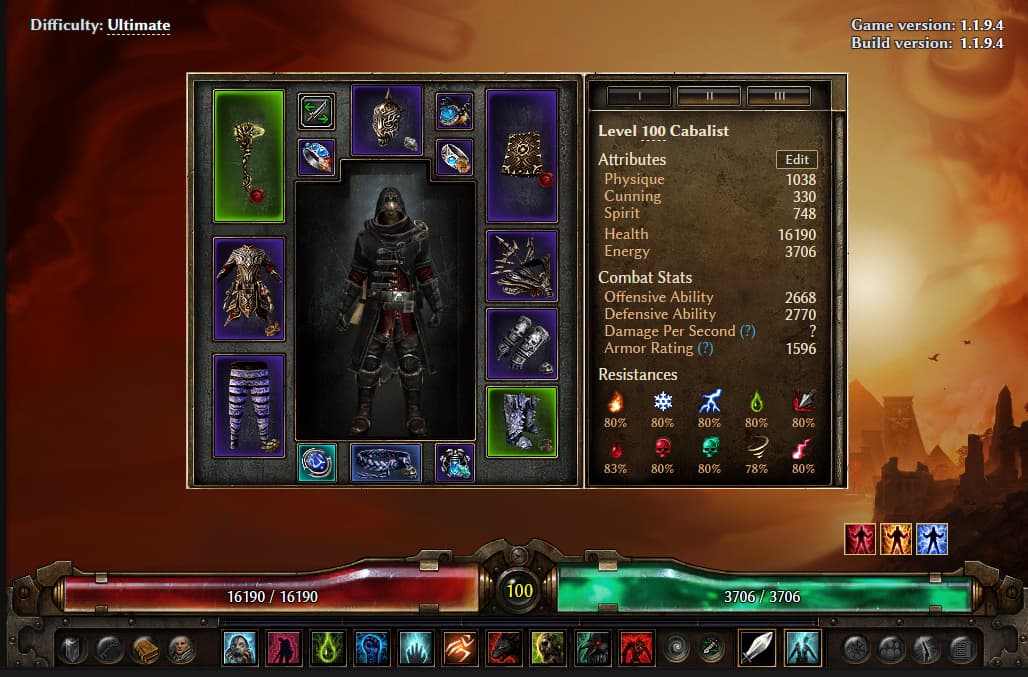 I’m using a green here to give the bird the extra elemental dart, but a Bysmiel’s Mindweaver would work as well. There aren’t many sources for DA on thils build, so boots with it are a must. Any that give DA would work + pet bonuses if you can get them, of the Wild suffix would also be good here. 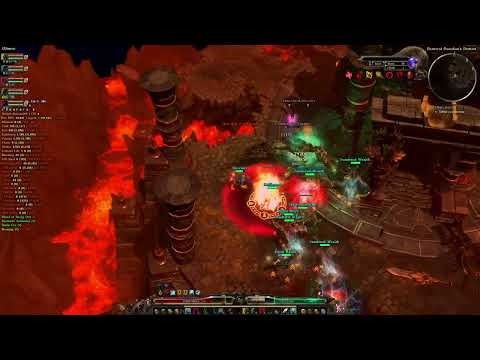 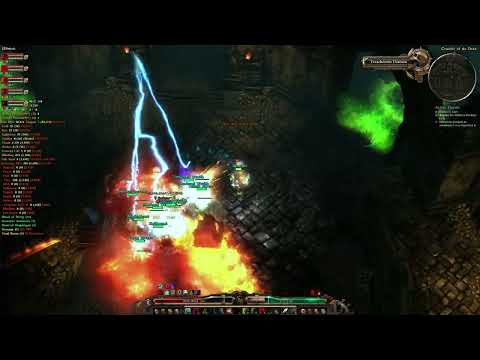 Well, there you have it. An odd combo that probably isn’t supposed to work together, that can kinda work together.

Well, there you have it. An odd combo that probably isn’t supposed to work together, that can kinda work together.

Heh… looks like a similar idea has already been built. There is some conversion, but damage is largely still a mix from what I see. But, maybe the vitality isn’t worth focusing on seeing as it takes a fair amount of work to get the Rattosh devo, can use those points for other elemental rr devos that are easier to get maybe. 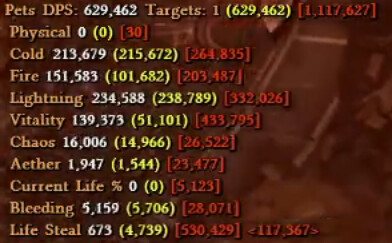 Can also get 26/16 Raven(25 max currently) if the prefix on weapon is changed to something like Heretic’s while still being able to get 26 Reap Spirit as well although it will mean losing out on the defensive ability and physical resistance from Wraithbound sadly.

The birds also tend to rely on Lightning Strike for a good portion of their damage. Might not be a bad idea to switch couple of points from Storm spirit for it just to experiment and see how it effects overall damage.