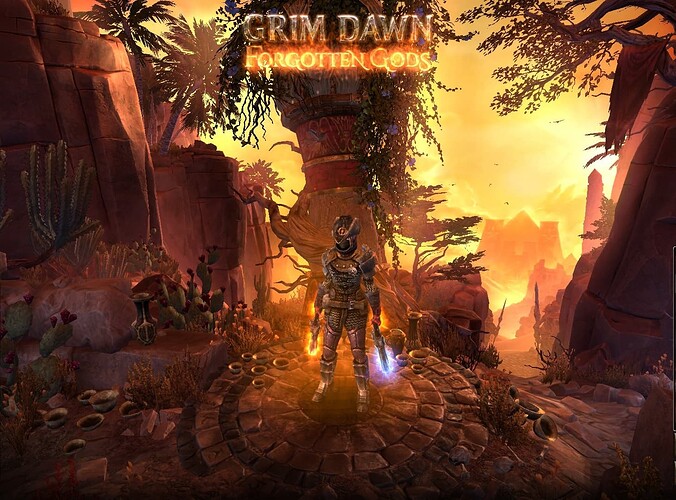 A concept that was realized years ago, but never documented within this compendium. The coming of V1.1.9.6 has brought forth changes and rebalances to the Dagallon’s set which looked solid. While the split damage nature of the set might sound like a dealbreaker for many, it can still pretty much be built as a Fire Strike range type, thanks to significant bonus to fire damage and damage conversion. 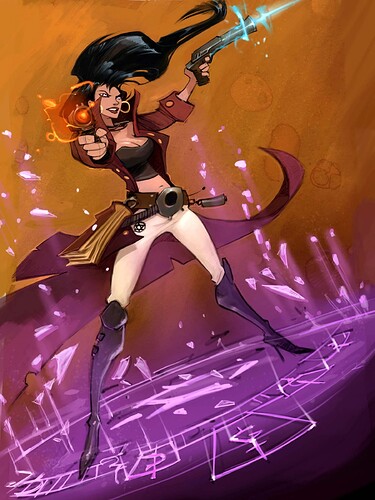 Final Words:
I was still in the process of the Hardcore playthrough for this character when GD was patch to V1.1.9.6. Overall, the biggest change is that the ‘pass through enemies’ for the guns have been rebalanced to affect Bursting Rounds and Storm Spread only, but in exchange the base damage bonus to fire strike upon set completion bonus was raised higher. I don’t have any exact numbers and data, but mob clearing speed increased slightly while single target takedown took only a tiny bit longer post patch.

On the whole, the changes felt welcome since it further aided in crowd clearing, which was what this build did best from the start. Out of all my characters, this build felt like the 2nd most fun to play with (My Spellbreaker remain dethroned in terms of fun factor) so I’d recommend it since the Dagallon’s set feels like it is in a solid place right now…though this might apply only for experienced players, as the build was just about as fragile as my spellbreaker.

What do you think about this version? Purifier, Level 100 (GD 1.1.9.6) - Grim Dawn Build Calculator
It’s more focused on both fire and lightning and has more resist reduction (why do you even put a point into hellfire mine? you barely do any chaos damage). It should deal a bit more damage and Inquisitor Seal shores up the lack of phys res. while also making it possible to take more offensive devotions with Seekers and Currents.

That certainly does look good as well, especially with a seal of annihilation. It’s just that I prefer an ancestry seal since I think those are some solid defenses for any character.

Also, Hellfire Mine is pretty much for +Fire Damage, since I opted to use inquisitor seal as pure offense- I don’t use it as a defensive tool because of my movement rune (Displacement) which I use both defensively and offensively. My playstyle is focused more on kiting and avoiding big damage manually, since the life steal is in itself enough to tank smaller amount of damage well. In other words, the excess points for Inquisitor seal is dumped into Hellfire Mines for my case. But for you, I can agree with the choice to boost seals simply because you have an offensive movement rune.

Yours is certainly is a good constellation setup though which looks more balanced if you are sick of going for Ulzuin’s Torch.