To make sure that nobody is caught by complete surprise with Grim Dawn’s upcoming major update, we’d like to outline some significant changes we are making with v1.1.9.0, especially as it pertains to the community’s recent efforts to come up with a rating system for build performance.

With Forgotten Gods, the Shattered Realm offered an alternative endgame progression. As it scales effectively forever, the intent had always been that eventually a character would not be able to progress any further. Where this stopping point should be is up to some debate and everybody has their own opinion on that.

However, a style of play has become prevalent in the community that we feel is detrimental to this game mode and to creating a fair environment for everyone playing. For those not in the know of what we are referring to, in the current version of the game it is possible to alter boss aggro behavior by rotating the game camera and zooming in.

This “camera abuse” has allowed players to work around the intended design of fighting the boss spawns in unison and effectively pull them one at a time, even if the bosses stood right on top of each other. However, it is a finnicky method that can backfire and some consider it to be a display of skill to pull bosses this way. It is also not something the average player is even aware of.

We are calling this behavior exactly what it is: exploiting game mechanics.

With all that said, it has also become apparent that the community has settled on a certain way of playing in the Shattered Realm game mode that is not exactly how it was originally envisioned, but nevertheless seems to be popular as it allows for builds to clear higher shards than they otherwise would.

To address this issue, with v1.1.9.0, we are going to make three major changes:

In addition, without the ability to hamper boss aggro mechanics with an exploit, proper position and execution of the boss encounters while avoiding aggroing additional nearby bosses will help elevate and exemplify player skill when climbing Shards.

Along with new Shattered Guardian Domains in v1.1.9.0, we hope that these changes will lead to an improved experience for everyone enjoying the Shattered Realm.

That is really neat. What about reworking rewards for Crucible 150-170? Like either removing them or increasing them?

No plans to introduce loot to Deathly Waystones, if that’s what you are referring to.

What about reworking rewards for Crucible 150-170? Like either removing them

Uh, no? Also not the topic for this discussion.

that’s some great news out there.

really curious to see how it’s going to be balanced, especially the second group, whether some boss combinations be impossible or not.

and btw, can Valdaran’s behaviour be fixed? He still sometimes doesn’t respond and just stays AFK.

I personally really like the upcoming SR changes. Boss patterns will allow you to not engage all bosses simultaneously while still need to fight two at same time to beat the shard.

Also stopping the camera abuse will create unified SR standard. If anything that will improve @grey-maybe topic.

Make 6 dollar separate DLC make more sense? Because as it has been said so many times here: it is much harder, much less rewarding and much more punishing than SR 65-75. And then you said: “oh well, 150-170 was never meant for farming”. But how are players supposed to know that?

Right now the divide between efficiency of farming in Crucible and SR is huge and does not make too much sense.

This is a fantastic rework.

Boss aggro behavior will be changed.

Does this mean that bosses will have a standardized aggro range ? Like Kuba or Ben Jahr can currently aggro from 4 screens away, while the Malmouth trio loses aggro when you’re more than half of the screen away

Edit: I forgot to ask, are the boss duos randomly assembled, or are you cooking some nasty couples to give us challenge ?

Interesting change, we will see how it’s going to work in practice. 1-1-1-1 for shards above 80 would be nicer but 2 bosses are not so bad too. I wonder only about meele archetype, too hard boss combo may lead to another exploit

Altough 75-76 is going to be ridiculousy easy with that change.

I wonder only about meele archetype, too hard boss combo may lead to another exploit

It’s a Caster Dawn, embrace it! 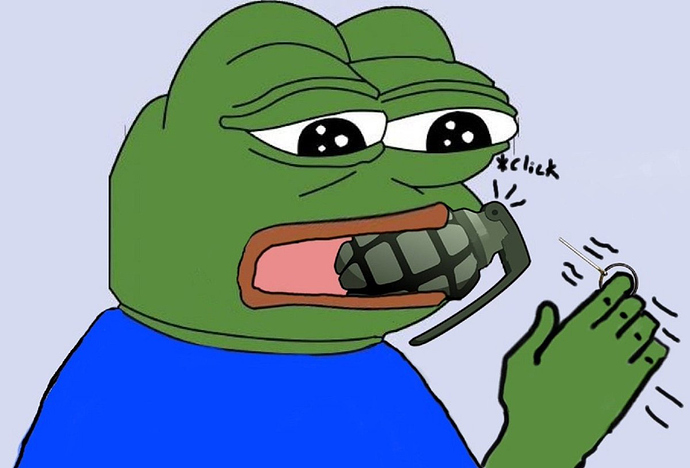 Protoss and Aldric on SR

This is great! Very much looking forward to the change

sliced bread has nothing on this. Epic change!!

However, I just thought about one thing and that is the pair of bosses that spawn together. I hope that those spawn combinations are looked at objectively and not make certain build types, such as the before mentioned melee, get sidelined.

I am sure most people playing don’t want to see a only “caster” meta or any other specific meta.

Seeing all build types flourish (to an appropriate extent) is the goal here and this is a huge huge step in that direction. I’m really excited to play this version of SR as a HC player.

Regarding Crucible, the issue of blessings should be extracted and put in SR, that would give us the impulse to reach higher fragments, because there is no way to combat mutators, with those blessings, the story would be very different today .

Could be good, could be bad. Depends on how it will be executed. Really don’t want four bosses to gang bang but two should be fine depending on what two bosses. And Mad Queen should be toned down in SR. Easily the toughest boss until SR 81.