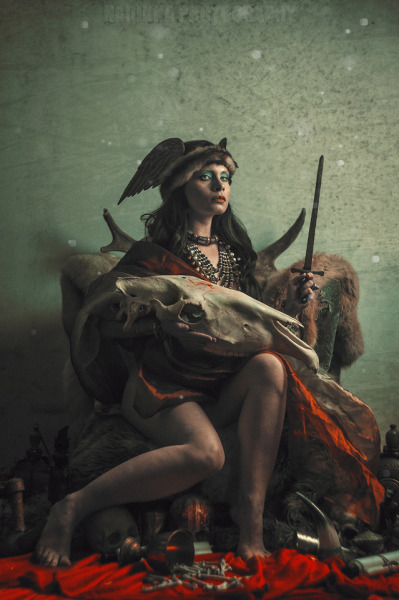 This is a trickster utilizing the demonslayer set. The concept had to include the scarab shield in the setup because I wanted to do something with that cool looking scarab shell.It turned out pretty good with potent damage and adequate defences ( especially with this being part nightblade). 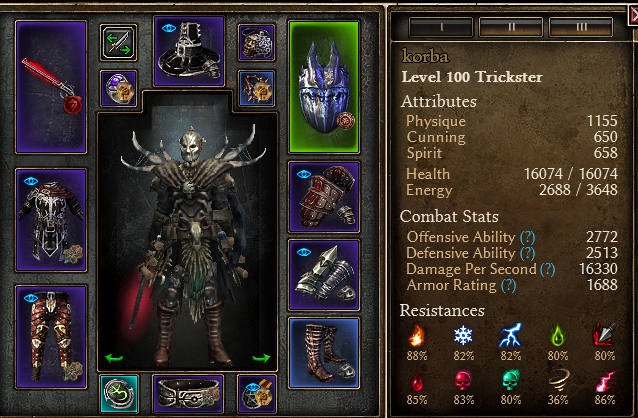 Phantasmal blades line and blade spirits as high as it gets. Wendigo totem as high as it gets for sustain. Devouring swarm soft capped is ok for me, it could go higher. Ring of steel to proc hungering void. Mogdrogen pact line for the usual shaman bonuses. Primal bond for the damage absorption.

Demonslayer set is the core of the build. Scarab shell for shield , I liked the concept and aesthetics and wanted to use it, of course there are many other choices for off hand. The standard vitality rings for the rr proc. Dark one’s grasp for the extra boost to wendigo totem and the other stats. rest is what I thought suited the build.

This is an old character I can’t remember how I levelled. Since there’s shaman in the mix I bet I used primal strike and lightning stuff and then respecd.

Though i’m not into the gun theme going with the demonslayer set I can’t deny that it is a beast overall with much more potential than is evident here. Happy that the shield worked and I didn’t have to make another choice for endgame. Overall a really fun character. Cheers!!

It has been a few major patches but I found barbaros pants and bonewraith Pauldrons got better damage on my trickster than bloodfury and one of the vit damage pants. Option worth testing. Creative offhand choice over contagion or skull!

Thanks for the comment and suggestion on pants and shoulders Java! I will try them.