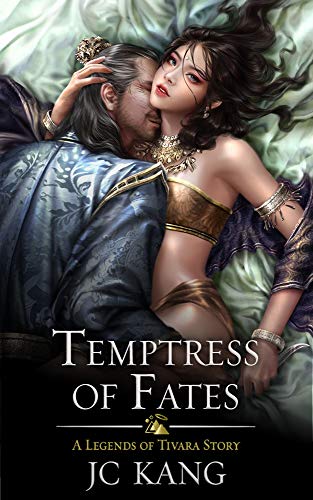 Little to none is known about the love affair wich gave rise to the most influencial Warlock of whole Cairn. While the grand Magus Trozan, despite all risks, mastered the ability of casting down mighty stars from the firmament and in doing so, making the harness of their unbelieveable power granting him honorable reputation, Bysmiel was experimenting with the control of lesser creatures.

Ravens were her favourite brood and she managed the mastery of a stable summoning of two birds at the same time. She transferred their life essence into the aether itself, and through a bargain with the other witch gods only a small amount of energy was needed, to call upon their help.

Trozan and Bysmiel, while working on the enhancement of their abilities, met consistently at the Sunward Spire to exchange progress and share their knowledge. One can only imagine how intense their relationship, accompanied by their magical interests, must have been.

And it has come so, that, in a rainy, thunderous night a lightning strike hit the Sunward Spire while they were locked inside their ritual chamber… Zabel was conceived.

Beause of new players picking up the game, trying to play with pets and doing damage as the player at the same time, i am willing to provide a self-found playthrough diary for the amusement of both, veterans and newbies alike.

I hope you enjoy the ride as i am striding to implement some kind of written entertainment to enrich the all so dry everyday forum life. Maybe one or the other will be inspired to look at the game from a different angle and find alternatives to the high performance seeking cookie-cutter-builds.

We will be focusing to hit a balance between player damage and pet offense. Trozan as main spell with Sigils to leach some life and trigger devotions on one hand, Hellhound and Raven on the other.

Reaching the end of the journey, an endgame budget setup with the doable content in ultimate will be described in detail. The difficulties it is having in the Rogue Dungeons, its Shattered Realm cap and Crucible viability.
(Celestials will not be tackled)

Choose Veteran if you like the challenge and slower progress. Players un-experienced with titles a la Diablo should pick Normal for the more forgiving approach.

Is the concept still alive ? I really want to see it working