This is the third iteration of my Warlock build based on the Clairvoyant Set. The big change is a moving from PRM to AAR.

-Fun if you like to gamble, Time-Dilation on Doom Bolt is amazingly fun. https://clips.twitch.tv/PoisedSteamyBasenjiPeoplesChamp oh. my. endorphins.

Doom Bolt - sprinkle in some doom with your ray.

Blood of Dreeg (BoD) - Primarily used for Poison/Acid/Physical Resist and OA, without it your Poison/Acid resist won’t be capped, so be sure to keep it active.

Nullification - Used for anything and everything that you want to nullify, I’d suggest using it for mob affix’s (ie Reflect) or removing a snare.

-Part of Spear of the Heavens.

-Tree of Life. Bound to IEE, Important do not bind it to Maiven’s Sphere, if you run out of energy MS deactivates, IEE doesn’t.

-Keep BoD active at ALL times.
-Initiate trash fights with CoF and hit them with AAR or Doom Bolt
-Initiate hero/boss fights with CoF, Aether Corruption and Bloody Pox. Begin with AAR then pepper in Doom Bolts for large bursts in your damage.
-Reserve your Mirror for when you need it, OR, gamble it to get more DPS on a target

-Nullification is maxed out so use it whenever you want. We have the Eternity Relic so cool downs should be quick.

Use Bloody Pox w/ Fevered Rage. 1 point in the base ability, max out the second node and 1 point in the last node and build around Vitality until minimum level 68 (which is when you can equip non-mythical Clairvoyant’s). Whatever gear you pick up along the way is basically what you’ll build your skills around.

An important item that is really easy to acquire that will greatly benefit bloody pox is the Boneblade which is available as early as the Mountain Deeps before reaching Homestead and after talking to Ulgrim in Deadman’s Gulch. This thing will keep your pox strong, I used it up until lvl 68. Easy to farm.

I’m still in the testing phase for nemesis bosses and will upload footage when I beat them.

If you have any questions please feel free to ask. Any criticism? I’m always trying to make my builds better, so have at it!

Welcome to the forums!

You build is ok for main game but I’m afraid that for endgame content it just won’t cut it with that dps. Things will overwhelm you no matter your defense if you can’t dispose of them fast enough.

I do not entirely disrelish the idea of straying east with devotions but not taking Widow and Revenant on an aether build (especially Warlock) is simply criminal and should be punishable by death. And usually is so - in the game - for the reason mentioned in the last paragraph. Next to the no-Widow-problem, even not completing Spear seems like a minor offense, merely a misdemeanor…

Your build does not have the two key items that almost every aether AAR setup should take: Aethereach gloves and Grim Dawn amulet (or AAR conduit but GD ammy is usually better). Also, there are much better purple boots that you can take for aether. Also, Devastation. Some people say it’s no good but ignore them - with Aeon and Eternity it’s godly. Doombolt is sort of a joke in the community as it dooms your dps. Also, Violent Decay belt that will work real good with that Devastation. Phantom belt is for hunters who haven’t dropped Beronath belt yet or for breakers who had no luck finding Spellbreaker belt.

What end-game content are you particularly speaking of? Nemesis bosses and Bourbon fights weren’t bad.

I can understand your concerns for Widow, but why Revenant? 10% crit node is going to be put in there once I rework some components.

As for Doom Bolt, the ability is the staple that makes the build fun. The big buffs - CDR and crit - to it are making it not as much of a meme. Solo largest damage dealt is 400k+. This is my reasoning for Riftwarped Grasp.

I’d prefer the Grim Dawn Amulet but haven’t properly switched yet. In fact I’ll also be switching Mark of Divinity to Anathema.

Now that AAR pierces I find that Devastation isn’t necessary and in-fact may be less DPS than Doom Bolt after this last patch, but, I haven’t tested the numbers yet (fingers are crossed that Doom Bolt is becoming more useful).

I appreciate the critique but you didn’t really tell me anything of substance, just a lot of hyperbole with no evidence or reasoning.

By endgame content I mean Crucible and Shattered Realms.

Resistance reduction (rr) is one of the most important things in this game. Widow is a must because it has stackable rr (-35%). Revenant has flat rr (25reduced). The former you take wherever you can. The latter doesn’t stack so one source is enough. Since you have none on your gear, Revenant is currently the best source. Another one is Manticore.

If you like Doombolt, ofc, knock yourself out. It’s about fun after all. But there’s way more dmg in supporting AAR wherever you can. Devastation is way more powerful than Doombolt but it needs much cdr and Aeon to reset its cooldown.

Minus the fact that that’s a Spellbinder, great builds. I’m finding some of your choices to be really interesting and gives me ideas. The reason for no Widow was because I couldn’t get Menhir + Aeon + Dying God, and without it my character was getting too near death repeatedly. However, I believe with the damage boost and life leach I’ll get from Essence and MoA that I’ll likely be able to rework towards more RR in my devotion list and drop Menhir. Hardcore sways a lot of decisions, for better or for worse. Thanks for your input.

I started working on a variation of this several months ago. I was on reedit though with the progression in getting it built. 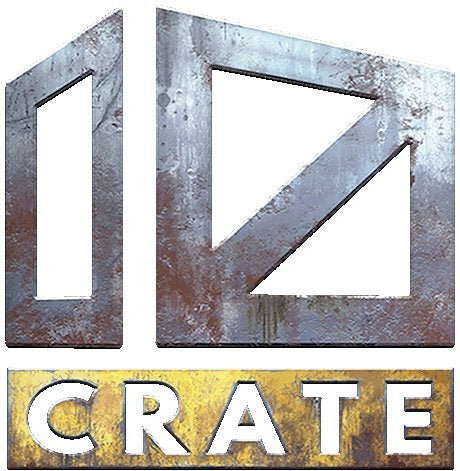 It’s actually a whole lot of fun to play and I’ve taken it to mid 30s SR just haven’t pushed further as I find SR/Crucible rather dull as a solo player so I don’t tend to do it much. But I can farm all rogue dungeons (Ancient Grove gets a little tricky.) Haven’t yet tackled many nemesis yet, just Undead and Cthonic.

However, it is a Devastation-less build. I found I just wasn’t casting it enough because it’s already a bit of a piano key play style. So I opted to put the points to better amplify survivability.

I like the Pheonix choice as a devotion, I’m reconsidering some devotion choices but I’m worried of losing too much DA/OA. I originally made this build back in Vanilla and it was more of a gimmick than anything else, but, with the upgrades/changes to Clairvoyant’s it’s making the build very fun and durable. I’m not much of a SR/Crucible kinda guy either so I usually just stick to main campaign content. The only problem I see with your take (in my eyes anyway) is the low DA/OA/armor absorption. Not sure I can tell what your dps is, but it’s likely greater than mine once you get your AAR rev’d up.

Why that medal and those boots though?

The boots were the best thing I had to offer stun resist. Plus it does slow stuff down so my AAR can do it’s work. The medal is something I’ve never really been satisfied with (I mention that in the write up) but given what I need for resists and all it was the best I could do until I find a nice MI to go with it.

I find stun resist/skill interupt resist and health on attack+wendigo AAR have been key to the survivability of this particular build. It’s definitely not full on every nemesis facetankable but with a bit of displacement kiting she can take a lot of stuff. And honestly it’s just fun as shit to play.

And yes my armor absorption could use some help.

Mythical Wraithborne Legwraps and Ugdenbog Leather on your gloves would fix your bleed and should have a resist trickle-down affect to where you could probably fit a scaled hide somewhere.

I did a few more tweaks to try to get better armor absorption/armor as well as slight increases in DA/OA. New medal and a switch around with some components and augments.

It actually plays a hell of a lot smoother now. Still assuredly not high level SR capable but it’s a lot more intuitive now and easier to manage and kite.

I recently did a complete skill / attribute /devotion respec with my lvl 100 warlock. Its was my first character (also have a 65 warder), and I was stuck on Loghorrean (Ultimate SC), could get him down to 20% but couldn’t finish him.

Went from having too many skills, spells, pets, and procs to a Chaos AAR / Aetherbolt build using the clairvoyant set.

1500%+ aether, chaos, and vitality dmg, tons of skill procs for each, and it constantly confuses/terrifies enemies. And although it’s not optimal for SR and I need to look into some better devotions, it’s been a lot of fun to play.

Breezed through the Loghorrean, took out Moosilauke and Kubacabra, and finished all of FG on ultimate without any deaths, but it requires some serious kiting and only has 11.5k hp. I’ve since added some components/augments, and dropped sigil for more points in disintegration. I have an OA/DA around 2700/2800, and I’m pretty sure my stats can be improved a little more.

Your grimtools link shows that you have very little components and augments. Mistake perhaps?

edit: welcome to the forums btw

it’s an older link before I added components/augments (what I had saved in my notepad file, can try to upload an updated one later)

anything jump out that looks like I could improve? I’ve basically been winging it while farming like a madman.

Am i missing something or is there no Lile Leech modifier or skill there? The devotions are pretty defensive, but without life sustain its a very big gamble. Probably enough for the normal game, but i don’t see this in a higher Cruicible, Lokkar or SR enviroment.

Yeah, this was my first character (original pet build - https://www.grimtools.com/calc/bVAqPn4V) and I didn’t follow a guide, just some tips on the subreddit.

Had half of the Mythical Clairvoyant Set and a few other items, and farmed the rest to go Chaos AAR and Aether(doom)bolt to finish FG Ultimate.

I’m enjoying it overall, but the devotions are all wrong; I only picked them to be less of a glass cannon and survive the main content. The components/augments can probably improve too, but I do have some ADCtH, not enough though.

Without going too far from Twan’s concept, I think that this setup could be better for endgame content: https://www.grimtools.com/calc/L2JO5WaV

Devotions’ route is completely different (I like Behemoth for main campaign but I would go Ghoul for Cruci / SR all the time).

I think gear is pretty standard for an aether AAR caster, boots are my choice because I have a strong fetish for grey magi, but you can go for Krieg for better damage or crafted stoneplate with good affixes for minmaxing (like stonehide of kings, for example).

The other good thing is that you can craft 5 items in this setup (ring, boots, helmet, amulet and medal) so you can hard spam at Kaylon to get extra stun resistance that is strongly recommended to tackle endgame content safely.

The only really painful item to craft is the right amulet.