Ulgrim is remembered for his skill at subterfuge and combat prowess. No one remembers that he’s also a fantastic chef. And who said that cookery isn’t an important skill for cooking Cthonians, making Aetherials al dente, and emulsifying Eldritch Horrors? Because sometimes, you just gotta be reckless and throw the whole knife drawer at a target. This is one of those times. 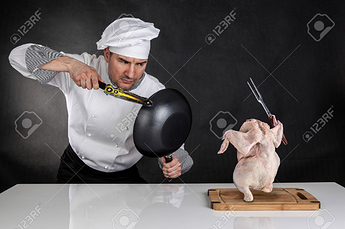 In summary: Crate, where’s my Sous Chef armor illusions and giant carrot weapon?
My immersion is being shattered right now.

EDIT: thanks to @sir_spanksalot for pointing out the energy leech on Scales, earning this build a shiny 7 RR, partially solving its energy woes, and getting rid of that ectoplasm in the ring. Also for an indirect reminder that DW bonuses don’t apply to 2H.

I was planning on updating the spec responsible for the creation of spite this weekend:

DO NOT TRY TO BUILD THIS SPEC AS IT WILL GET WELL-DESERVED NERFS IN 1.1.5.0 Shoutout to: @Nery @ya1 @PlagueMirth @mad_lee @StrUktO @Superfluff @thejabrixone @x1x1x1x2 @valinov And everyone else who’s made this game so special to me, and who’s helped explain the mysteries of theorycrafting to me. Be quick or be dead - An explanation on how to pilot this spec in 5 words: GT (4 + 0): https://www.grimtools.com/calc/gZwLzPJN GT (naked): https://www.grimtools.com/calc/8NKO8qEN <— ~60% clear con…

Just as long as you get them to add a little energy regen after they gut the damage. Having to take ectoplasm on a ring upsets me. But yeah, there’s no way a spec with WH damage output and BM defenses is going to get through unscathed.

The key to energy lies in getting scale’s proc

The pic is tasty!

Also Spite now is different weapon than Rancor, so that mean spam PB have a new home.

You beat my update edit by five minutes, which is almost a whole crucible run.

With the amount of FUCKING RAW meat in GD you kind of have to be.

Ha, perfect response and a great looking build. That weapon was a nice addition for some more Pierce love and pb spamming at that really gotta me excited when I first saw it on grim tools. I’m all about those minimal button builds.

I gave a warning in testing

Not the only one that got beaten.

@Smitherson good job with the build, my set up looks a little different and will probably end up being a little squishier with more dps. Will post it once ready, which will probably take at least another week.

Side note: scales is great for this build, my setup has it aswell.

Why this belt? Seems like a worst option for the build.

LOL we have really share the same thought. I just build Spite BM yesterday, and run to SR7x and clear crucible really fast and safe. Here is my char: https://www.grimtools.com/calc/lNkOmElN. The flat RR comes from Ulcama is awesome, especially soloing boss, and first time when i see 60% vit to pierce, really dont get it. Till Ulcama comes to mind. A little bit different than mine, but i think this concept is way too cool.

I’m guessing there are some +% Physique crafting bonuses since other resists should be covered with SR set.