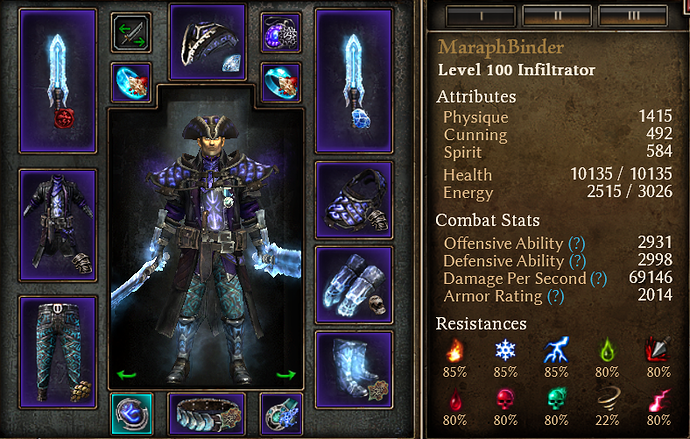 I like runes. You like runes. Everybody likes runes. But there’s someone out there who doesn’t. He secretly loathes runes and does everything in his power to gimp them. Who is that hateful persona? His name… starts with the last letter of the alphabet…

For a skill that needs points in 4 nodes and is bound by a narrow selection of gear (for conversions and skill bonuses) that is really poor defensively, RoH is really POOR. RoK is imo laughable. While similar casters approach the 4-minute marker, runes struggle with sub-6. Both the skills and most of supporting gear could use a serious face lift. The RoH dmg penalty is a big misunderstanding - RoH even in its prime was never close to what today is considered top-tier. Things like Deathwhisper pants (thx to @Plasmodermic for a tip about Harmony pants - they are BiS indeed) are so “behind meta” that it makes one wanna cry, let alone RoH weapons like Crescent Moon or Winter Veil. It’s no surprise that cold became a little cookie-cuttery with all those Chillhearts - it’s because nothing else is decent.

But this has already been said a thousand times. What’s important is that build works.

So, build works ok. One could expect more from such a caster but it plays nice. Due to less than perfect sustain, it cannot facetank multiple bosses so it requires some dancing - but luckily there’s quite a lot of DoTs and passive dmg to kite freely with little dps loss, and enough defense to handle one or two nemeses at all times. Stay away from Mad Queen, Mad Queen + Box = insta death.

Q: With Chillhearts having attack speed and nightblade wps being so good, wouldn’t it be better to Beronath Fury it up?
A: It’s a question of skill points. With little +1 to nightblade, wps are costly. Even with Nidalla relic and Spellbreaker belt, taking wps would mean no Box. Also, it would require maxing Lethal Assault. Ultimately, full caster leaning on inquisitor mastery - however poor its spells are - is better.

Q: Why are the two most important devotions - Rumor and Elemental Storm - not bound to the best proccers?
A: Good question. Box on Rumor might be better but if SS is less than 3s cooldown it’s really good on Rumor. It is almost guaranteed and procs and spreads immediately before runes go off. Seekers would be best on Word of Pain but adding piano just for optimizing a proc is a no. Storm on Spirits is ok with its good 25% chance - imo better than Seal because Seal got long cooldown and can’t move.

Thanks for reading. All comments and suggestions welcome.

I like runes. You like runes. Everybody likes runes. But there’s someone out there who doesn’t. He secretly loathes runes and does everything in his power to gimp them. Who is that hateful persona? His name… starts with the last letter of the alphabet…

You guys are too dumb to put into words sometimes.

You guys are too dumb to put into words sometimes.

He’s become jaded due to all the sub 5 times lately. I think RoH is fine.

This is a personal issue but we (our group) have a hard time understanding why everything has to be top tier.

We get pushing the envelope for faster times and challenging yourself and others. We do it too but just through meme builds as that’s our thing.

I think we are more concerned with what we feel would happen if every build starts clearing with sub 6 min times and the homogenization that could occur with it.

Having said that, I do agree with how good Chillheart is and the lack of options.

In terms of RoH it’s a careful balancing act as I am almost certain that removing or decreasing the 25% penalty and having the damage being able to completely convert the Pierce would make the build rival the clear times of that recent PB build that was doing 4:35 or something.

I want to play with runes however the thing that kills it for me is the arming time.

I honestly would take more damage nerfs to have it with no arming time but that’s just me and not a legit suggestion.

Either way this build is a testament of how good runes are even with the standing damage.

I used to be pretty good at timings. Let’s see.

And you’re saying the build is okay/poor. Yeah ya1, it’s really, REALLY poor. Maybe you should have called it a whineTRO instead.

You seem to have missed the point of my whine/rant. It was not about the strength of this particular build. Here, RoH is saved by 1) taking everything there is to contribute to AoE and clear times and 2) falling to already a bit cookie-cuttery solution of converting 100% lightning. RoH/RoK wouldn’t exist otherwise with a set that gives no pierce to cold and blocks things that do. I could prove it by making a run and not using either of the runes.

But still, do what I did here - take everything there is and convert it to one dmg - with any other elemental mastery (arcanist, demo, shaman, etc) and you got a minute faster clears. I’m not comparing my results with an arbitrary figure of what results should be. I’m comparing them with what they are on other similar concepts.

Not sure who you are referring to here. If me then:

So what I gathered was if you didn’t convert all the Pierce your time would be 6:30?

Jumping through hoops in order to get those times should be an achievement.

Still doesn’t change the fact that all things should Time differently otherwise what’s the point of playing say RoH over canister bomb when the only difference is the colorful pixels on the screen.

Now I do get that the only path is to follow what you’ve done in terms of optimization and agree perhaps more paths should be available but I can’t see runes being changed.

@Zantai: what if you were to remove the 25% penalty, remove pierce damage from the skill and adjust the remaining cold dmg across all 3 nodes of the skill and artifact handling if applicable? Would that open more options in terms of gearing? Or is that just a crap idea?

Not sure who you are referring to here.

I wanted to reply to Medierra but both you and Zantai had similar points.

So what I gathered was if you didn’t convert all the Pierce your time would be 6:30?

I don’t convert all the pierce. It’s only possible with a blue set Silver Sentinel that was also recently nerfed, imo for no reason. Thus the whole RoH whining thing.

BTW I’m now wondering if dropping pierce to cold from Alkamos rings and taking double Magi rings instead for their true and tested oupiedness (and possibly mixing in Imp devotion) would not bring better results. I took Alkamos because I “wanted” it to be a rune build.

Still doesn’t change the fact that all things should Time differently otherwise what’s the point of playing say RoH over canister bomb when the only difference is the colorful pixels on the screen.

That’s a good point and I somewhat agree. But it’s more complicated than that. Canister got more conversion options, and pairs with arcanist extremely well which gives very good defense (or with shaman which resulted in debatably the fastest Crucible run ever in history - or second fastest). Besides, it is very good for Crucible because in can be thrown to the spawn zones and minimize aggro hiccups. Also, it’s only got two nodes. RoH infiltrators don’t have those things and still boast worse dmg unless minmaxed and supported by everything there is available.

what if you were to remove the 25% penalty, remove pierce damage from the skill and adjust the remaining cold dmg across all 3 nodes of the skill and artifact handling if applicable? Would that open more options in terms of gearing? Or is that just a crap idea?

I’m all for removing the penalty because 1) piloting RoH to consistently maximize single target output is difficult; players should be rewarded for this, not penalized, 2) it will not break the game, and even if it did, adjustments could be made to overall dmg output.

Making RoH full cold is a weird idea, though. It defeats the purpose of existing RoH gear, even if that gear is poor and scarce, and kinda contradicts Crate’s skill design philosophy.

I agree that making RoH full cold is weird. It was just an idea to improve item choices on the back end.

The fact that you cleared crucible in 5:30 with RoH is beyond my capacity and I thought it was awesome.

I get what you’re saying I just don’t see a simple solution to making runes easier to deal with without making it obscene.

on that note have you tried using reign of fire/ice? I ask that as all the fire will be converted and at a glance I am wondering if the damage from the proc will off set the loss of pierce conversion.

on that note have you tried using reign of fire/ice?

Fire&Ice should be good for sustain. But without Alkamos, with pierce to cold so low, I’m not sure the runes are worth the points. They are surely viable, though.

Lazy pets. Like a fat cat which lies on the floor until it sees a foot passing by to bite it.

Cryogonal would like to have a word with you. 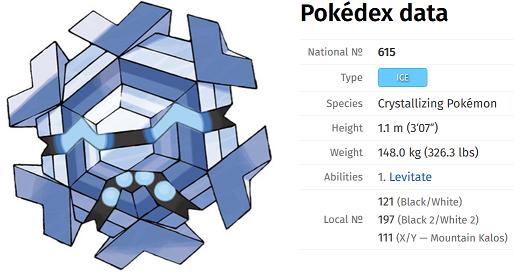 Lol i just ran 3+1 5:14 on this https://www.grimtools.com/calc/m23dgejV. Apparently, Chains of Anguish actually IMPROVE SURVIVABILITY thx to extra adcth and res component in place of Restless Remains. This belt really needs to go…

Hasn’t it been bugged though? It can only decrease your armor to 100%, not lower.
It’s not a biggie for soldiers but I don’t how your guy’s going to be affected by the upcoming fix.

Yeah, if the proc is fixed, you’d need to either get lots of +%armor or lots of overcapped movespeed to be able to gtfo. I still think the proc should include not -% to movspeed but rather smth like 200% slowed movspeed so you can’t get away that easily.

rn this belt improves everything, including sex life

this belt improves everything, including sex life

except you can die during the 5-second climax