Maybe @Valinov can get to that mega-thread of EoR + Yugol spin-to-wins
This is the only Yugol’s thread I’ve seen that was a full complete build, but it doesn’t have screenshots to show DPS potential.

I wanted to get at least one non-pet thread that was not a theorycraft, but a bona-fide build meant to be taken seriously. This concept actually started as a Warlock as I felt bad about Warlocks barely getting any attention, but Witch Hunter definitely does this concept much better thanks to Lethal Assault, Shadow Strike with 22/12 NJE, and yes, the RR. 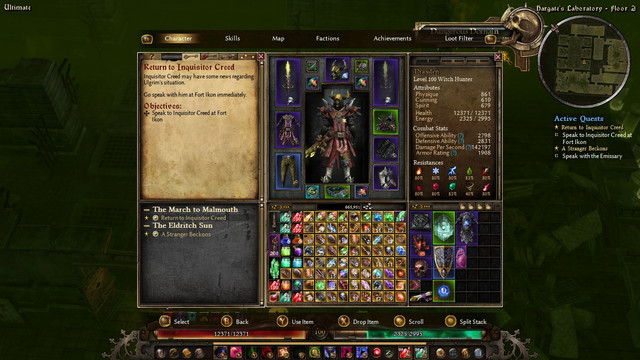 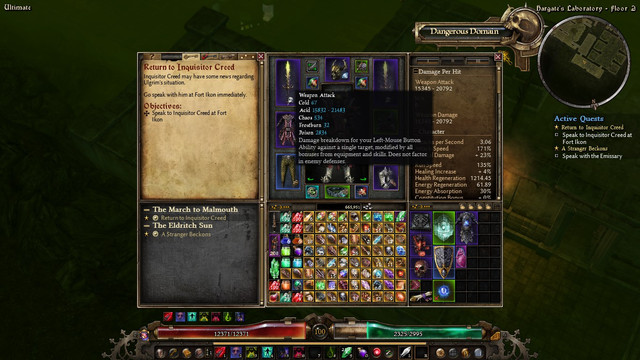 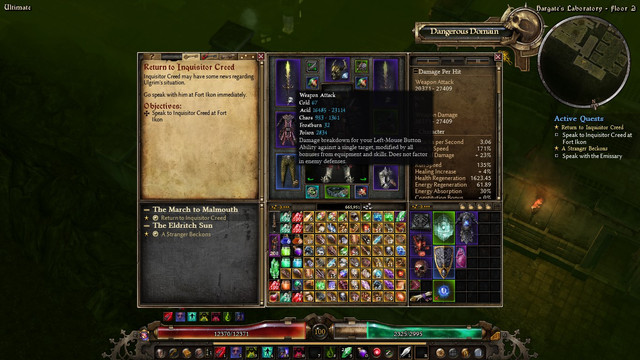 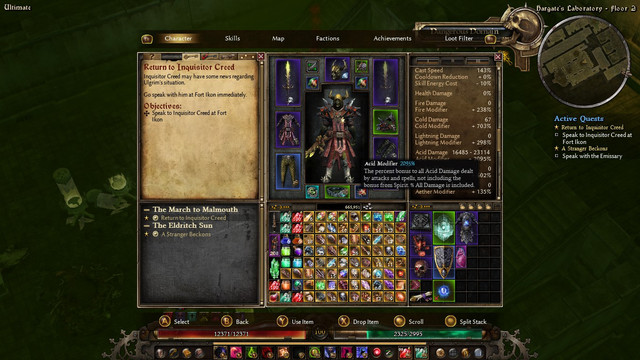 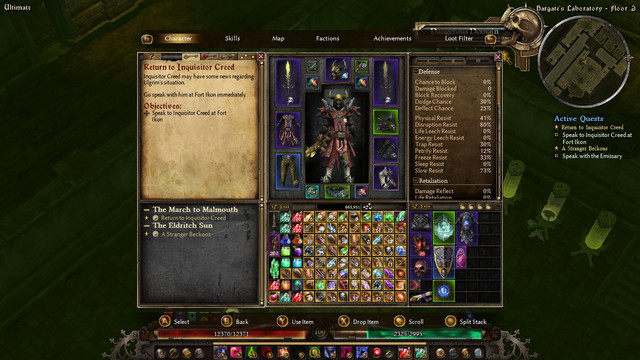 All pictures shown are with permanent buffs + Pneumatic Burst, Blood of Dreeg, and Lethal Assault

I tried to make it as farmer-friendly as possible; however, a “Thunderstruck” prefix and a "Amaturasa’s Flurry suffix are necessary to get the required Stun and Slow resistances, respectively. Good news: you don’t need any prefix/suffix on the amulet as getting any decent amulet affixes are a pain to obtain.

Anyway, this had actually began as a Warlock concept, as I was enthralled with the concept of Putrid Amulet + Dreegal’anore to get 100% Elemental to Acid while using the helmet and chest armor to get 55-60% Chaos to Acid. The Warlock actually took this further and used the String of Maggots belt to complete the 100% Aether to Acid while having cool skills like Reckless Power, Fabric of Reality, and Nullification. All of these damage types being converted led to some cool ideas, and a spinner based off the Yugol’s relic was great as I didn’t have to focus on a particular attack.

The health regen aspect comes from 26/16 Blood of Dreeg, 14/12 Pneumatic Burst, and Abomination. As a neat circuit breaker, Giant’s Blood bound to Prismatic Rage provides a passive 3,300 Health Regen, and Ghoul gives you enough attack speed to get just near 200% Attack Speed, which is not bad for a Sword that has 0% Attack Speed of its own. Shadow Strike with 22/12 NJE alongside 22/12 DEE with 50% Weapon Damage provides a few nukes that help alongside the spinning aspect. 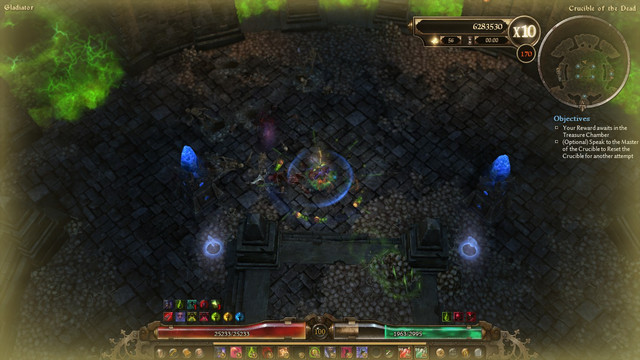 By the timer, it looks like it’s around 10 or so minutes per run, and I’m a controller player and a mediocre pilot, so a better pilot can probably take this under 8 minutes or so.

Interesting how you did this with health regen, I love yugol builds myself and have them for every damage type.
Warlock actually is the highest DPS version one ive made with Scion 2Hander.

and the above mentioned 2h pierce one… these are just my favorite ones. I’ve tried quite a few others

I thought I was being creative, but that chaos 2H pyro with mortars is one of the sweetest things I’ve seen yet. I hope I didn’t steal your thunder by posting one of my own, but after not seeing any completed builds outside what I quoted initially, I’m really happy I gave the push.