There will be blood.* 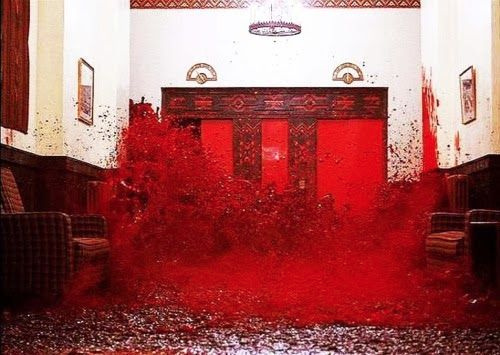 This build was inspired by @Dmt’s tests of Vitality Rune of Haggarad Apostate. Basically asked her for save folder and after a whole day of different tests and molding made what is probably the best Apostate build yet.

*Craft for Slow Resist. Try to farm an off-hand with Physical resist and high CDR. You can choose to invest more into Spirit

Why no Siphon Souls? Just two points needed for 8/12 SS and 7/12 Blood Boil.
Build has pretty heavy rotation due to main skills having low cooldown but it’s still pretty comfortable to play. Adding another skill will make it a bit too piano
Will it work without those boots, pants and Cursebearer ring? Because they can’t be target farmed.
Yes, just try to get similiar amount of physical resist, stats and key resist overcaps.

Devotion map is a classical one pre Scales meta Vitality powerhouse that I have used in my Conjurer build.. All items are pretty much best-in-slot and build-enabling with an exception of the Boots, Pants, blue Ring and the Belt. Almost everything is target farmable in this build. Check for farming and leveling guides on this form. This is an endgame build.

In Crucible everything is facetankable. But build does require some skills to pilot. Be sure to maintain a steady rotation of RoH, RE and Inquisitor Seal. Don’t forget to always have someone tethered to have constant leech. Place Inquisitor seal under mobs and stand on its edge so mobs get affected by its RR and your char is protected. Use Mark of Torment for Nemeses waves (not always needed but just to be sure).
In Shattered Realm SR 75-76 is a sweet spot. Caution has to be taken though, it’s still Apostate. 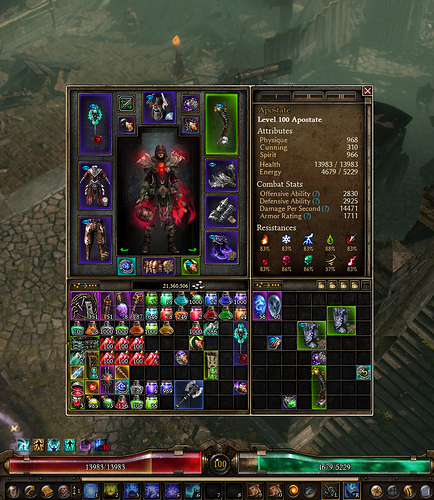 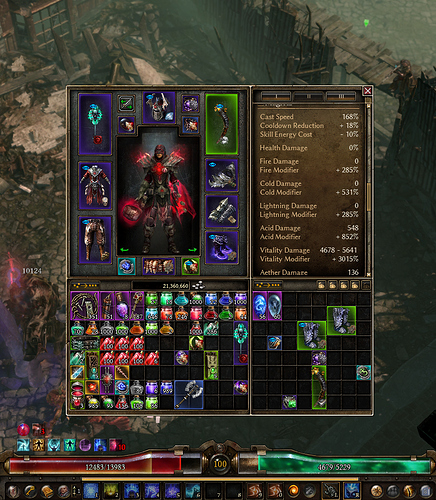 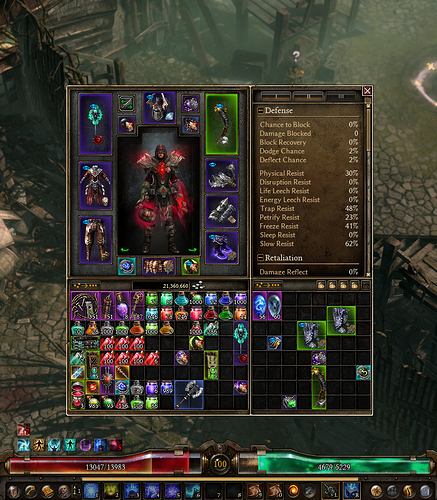 It might sound strange but Apostate could use some love from devs.

That’s great result for an Apostate and WTF is that vitality damage?

this build was stolen from my girlfriend
enchanting outrage

That’s great result for an Apostate and WTF is that vitality damage?

this build was stolen from my girlfriend
enchanting outrage

Come on, guys, stick to the build discussion!

Yep, Apostate is so weak as a class, figured that Dark One is the only proper way to hold it together and not lose tonns of damage at the same time. I saw your Apostate earlier too, also made me think about doing an Apostate build that I would be happy with. And @Dmt’s recent tests with it gave me an idea on how to properly min-max it so it’s a competetive end-game build.

But obviously it’s a smallest one in Dark One family (maybe stronger than Acid ones tho).

Decided to check this hipster Apostate in the new patch and it’s still going strong (for an Apostate, lol), Crucible is still a breeze.

Crate kill https://www.youtube.com/watch?v=l39p9lPfCdE&feature=youtu.be
Different rolls on the off hand though. Not that it matters that much.

Crate kill https://www.youtube.com/watch?v=l39p9lPfCdE&feature=youtu.be
Different rolls on the off hand though. Not that it matters that much.