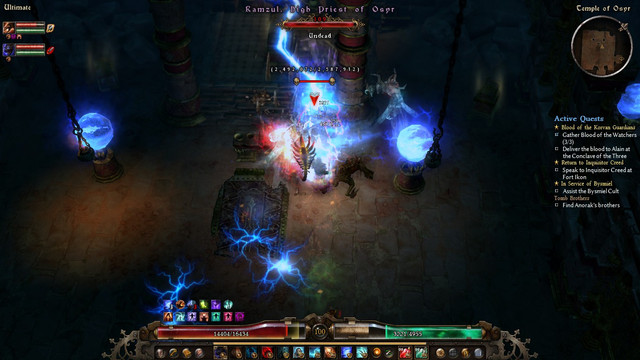 My main inspiration for the build was finding a way to make the best use of Mythical Aethereach and its 100% Elemental to Aether conversion for pets. I know others have built around the Diviner’s Set, but I remembered that Stormbringer of Malmouth and its 100% Vitality to Lightning conversion was something that wasn’t featured in pet builds lately, and Lightning + Aether shares the same RR ability in Widow.

Lightning having a huge amount of %-based damage makes building around Lightning + Aether a lot easier than just going with Aether alone. Additionally, it allows for building around Shaman as well as Conjure Primal Spirit, which essentially is a 4th Reap Spirit in terms of damage output. Then all it took was mixing and matching the right pieces to cover pet resistances to keep Briarthorn and the great Physical Resistance buff, and everything fell into place from there. 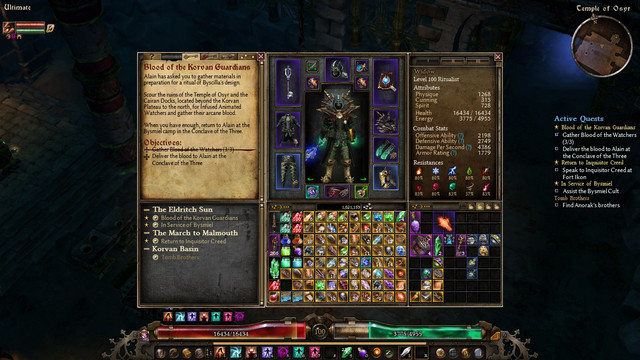 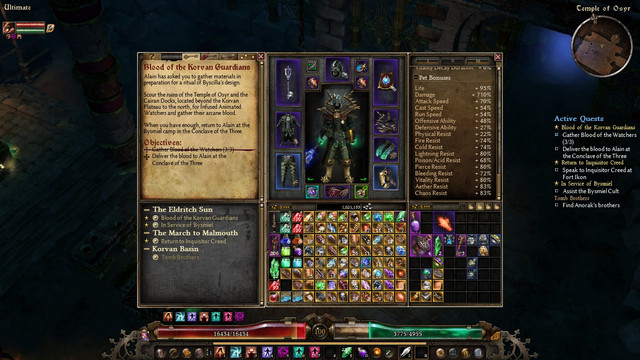 Pet Stats with permanent buffs only. There is roughly 600% hidden Lightning damage between Spark of Ultos, Stormbringer of Malmouth, and the Kelphat rings 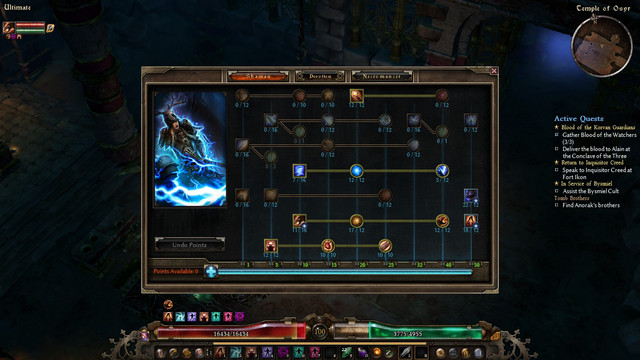 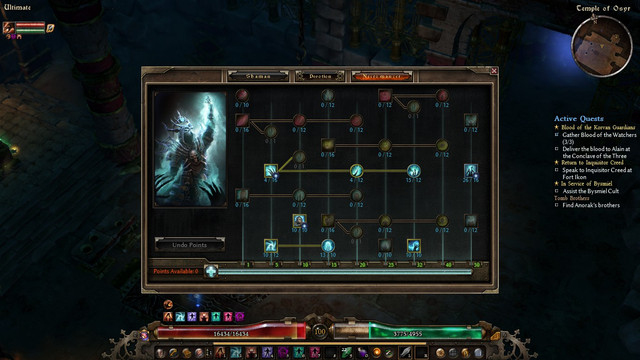 I had a few initial hiccups having an awful time running through SR, but I’m grateful I stuck with it. Giant packs of Hero enemies like Crucible trash waves 148 & 168 are a bane to this build - like they are with any build that primarily focuses on Reap Spirit and doesn’t include AoE pets like Raven or Summon Blight Fiend - but once I learned to pull enemies more cautiously, things got a lot easier. Having 3 Wraiths, 1 Primal Spirit, and 5 Swarmlings all fighting under Mogdrogen’s Howl gives a reasonably good chance that a hit from any of these pets will trigger the “10% chance of 1,400% Lightning Damage” from the Voidmancer’s Cord. Spark of Ultos is just as essential to this build’s success as either of the conversion items, as not only does it make it easy to get 100% Physical to Lightning conversion through the Kelphat procs; the modifier increases the Wind Devil lifespan from 14 seconds to 26 seconds - that makes the QoL of this build much, much smoother.

From the Aether side, converting 100% Elemental to Aether means that Reap Spirit’s Cold damage and Swarmling’s Fire damage are converted into the same type, taking as good of an advantage of the -98% Aether RR as you can get with this type of build. As much as I want to use the Aetherfire devotion and have a fully Aether ground pool with no cooldown, I don’t have a pet that can reliably use it; maybe I can try Primal Spirit using Aetherfire and Wind Devils for the Acid Spray burst, as Primal Spirit is certainly fast enough to get multiple pools going. I feel that would affect resistances too much by taking that route, though, as I need to keep Briarthorn and it’s Physical Resistance buff alive as much as possible.

Over the last few days, I’ve done roughly 8 SR 65-66 runs to get a taste of how it would go: the damage is there to be able to beat it with the timer intact, though some Bosses can give this build a fight. Reaper has been the most challenging enemy to fight without dying and risking losing the timer, but with proper piloting, it can be done. I attempted a few Crucible 100-150 runs with it to see how it would match up with the Chaos Reap Spirit build; honestly, SR 65-66 (even if you lose the timer) is so much easier and brings you better loot than running Crucible that I would just go straight to SR and make your lives easier.

4 Likes
The Carnival - A Guide to Pets