Happy new year everyone (: !! This is the first build I am posting in 2021 and it’s a Doom Bolt/ Reap Spirit Clairvoyant Cabalist with Aether Ravenous Earth Conduit. I didn’t know what to expect of it while I was theorycrafting, but I ended up liking it a lot.

GRIMTOOLS:
Crafts for Armor or Physique
Try to get stun res and offensive ability on the medal and belt ( also good conversion on the belt) and preferably aether or chaos resistance on the Conduit. If you don’t have Aether RE one use the - aether rr to Siphon souls. 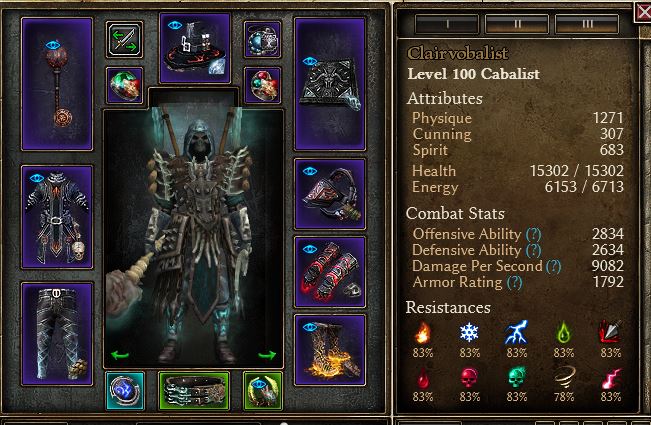 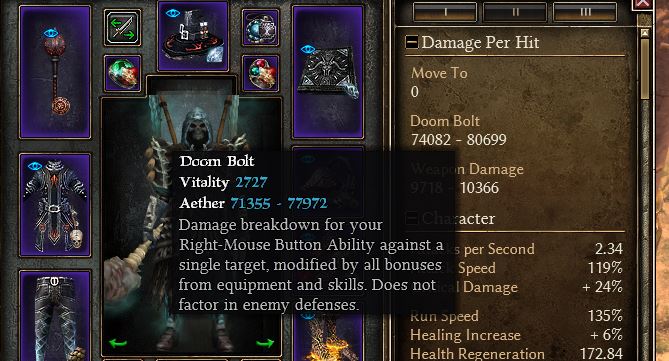 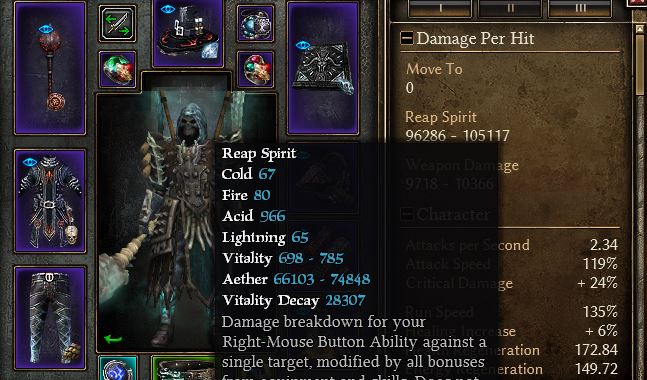 GAMEPLAY:
Start with Curse of Frailty to reduce enemies aether resistance and cast Doom bolt, Reap spirit and Ravenous earth off cooldown. Use Mark of Torment to facetank enemies for longer periods of time and avoid huge bursts of dmg. Treat an aether Cabalist as a discount Spellbinder, it doesn’t have % dmg absorption from Maiven’s but it has higher phys res from Blood of Dreeg. Beware of Fabius’ Shadow strike and kite Rashalga, she is scary in SR even with Mark of torment. Reaper is facetankable but I wouldn’t recommend it when he has all of his debuffs on you.

VIDEOS:
5:57 Crucible run ( it can definetely be faster with some spam skill inbetween cooldowns, like Oblivion relic, but that would require different skill investment/ be another build at this point.). I also ran 4 blessings and 3 beacons but on average it’s slower.

Crate kill with cluster cause otherwise I would have died (:

LEVELING:
Level with Ravenous earth and Sigil of consumption and use Bonespike and a Vampiric Bonewall that both drop from the same area in Mountain Deeps ( You can look for physical resistance on the shield). In Gloomwald and Mourndale you can find medals that benefit the character such as the Basilisk Crest or the Basilisk mark from the basilisks of Ugdenbog and finally the Rylok Mark from Ryloks in Mourndale.
Go for vitality devotions that the build uses like Bat, Wendigo, Scales of Ulcama and Rattosh. Take Widow last, you won’t need it until you get a belt/ equip Clairvoyant set.

This is the first build I am posting in 1021