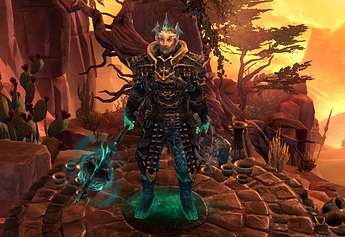 image.jpg738×508 264 KB
Hello fellow grimmers, in patch 1.1.8.0 the acid damage modifier to Ravenous Earth on the Necromancer conduit amulet was changed to support aether instead.

I did physical and acid RE here. Now what class should we use? The obvious go-to choice is spellbinder because spellbinder is … spellbinder, it’s awesome. But why would you do aether RE with spellbinder when there are 69 other skills available? My approach was then to make a good meme build with apostate instead

I already hade an apostate leveled up from [1.1.8.1] Uroboruuk - a build journal and guide for SSF Drain Essence Apostate so I thought hey let’s do this! I did change the name of that char in GDstash to something more suitable for this mission.

The conduit changes the color FX on RE 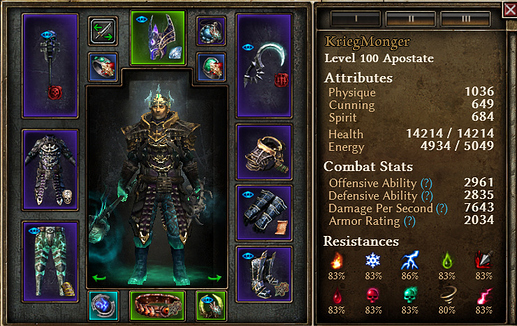 image.jpg740×467 229 KB
Stats standing on seal & Word of Renewal, not activated Deadly Aim. Stupid me forgot to toggle on seal of blades skill

Skills and Devotions should be almost a no-brainer with some exceptions: Storm Box deals meme damage, perhaps more points into Foul Eruption for a bit faster trash clear could be used. Maybe one could go for Rattosh instead to get better sustain against nemesis…

Items, I consider these two MI’s to be mandatory:

Some alternative gearing I considered for the other slots (you can also have a look at the alternative versions of build above for more ideas). 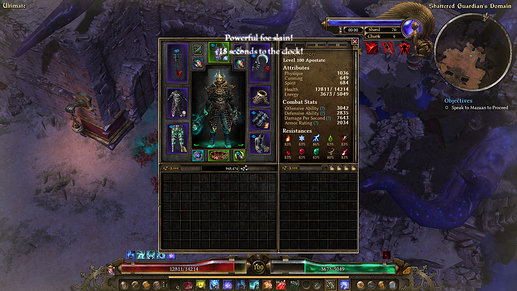 image.jpg1632×918 733 KB
SR65-66 farming is very easy, SR75-76 is doable too but you have to focus a bit more and play somewhat good. High aether resistant monsters (like Reaper and Aleksander) can be though but if you play good you will survive - I did die one time each session at first but now I can do 75-76 farming very consistently without dying

Most in the Main Campaign is a joke, though I have not done Ravager, Crate or Calla (I am not tryhard enough to do them on weak casters

Crucible I have no idea, I don’t find that game mode interesting these days

This concludes build, thanks for reading let me know if you have made an attempt of making Aether Ravenous Earth build

Thanks to @MergosWetNurse whom I know is working on Aether RE build, looking forward to read about your results

Probably my last build this patch… see you in 1.1.9

A great build that uses Aether RE conduit, that also happen NOT to be a spellbinder is this one [1.1.8.1] [HC] Clairvoyant Cabalist ( SR 85, 6 min Crucible, Ravager of Flesh, Crate of Entertainment) check it out!

I like that it’s not another binder, nice build!!!

Thanks, yes - I love spellbinders, but you can do almost anything with them to make em work thanks to MoT and MoE. I wanted to explore some more “memeish” class options for aether casters, and this build came to mind (which I theorycrafted like 2 months ago) 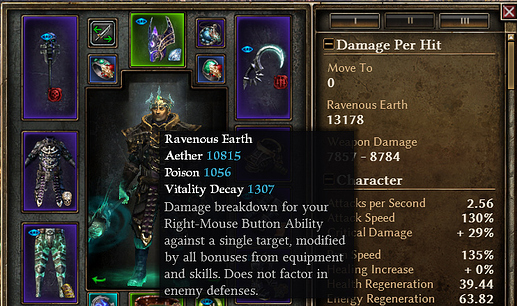 The conduit changes the color FX on RE

LoL cool FX! and good results. I think you can do Ravager, might take some time though

Does seal of blades on off-hand really needed?

Does seal of blades on off-hand really needed?

Not needed, I wanted some armor. Also life steal for spear of heavens proc is useful. The original idea was to use Chain Lightning but energy drained too much. For more damage, stick in wrathstone or another seal of corruption.

I think you can do Ravager, might take some time though

Nice build, love it didn’t ruin the amount of binders we have (69)!

Should note that Seal of Blade’s lifesteal is local on your offhand and thus does nothing afaik (since there is no skill that uses %WD of the offhand). You need to put in in your main hand instead.

Just as restless remains in gloves.

Should note that Seal of Blade’s lifesteal is local on your offhand and thus does nothing afaik (since there is no skill that uses %WD of the offhand). You need to put in in your main hand instead.

3 k hours andy doesn’t know that stats from components on off hands are global. Pathetic, honestly (:

the alternative version with scales of beronath has 10,3k flat.

My physical build, has advantage that 95% of that flat is converted to physical damage and ignores armor. 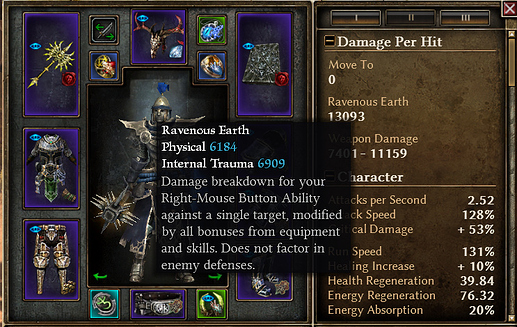 My acid build, has the disadvantage that necro has (at least how I built this) no acid RR. 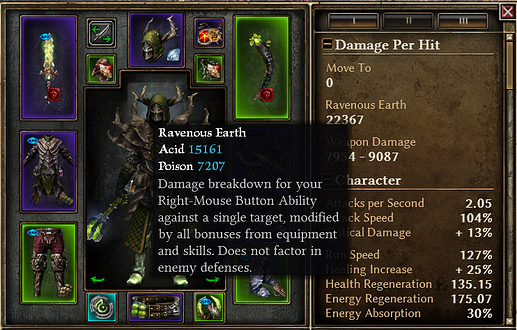 3 k hours andy doesn’t know that stats from components on off hands are global.

Rly liking it @Ulvar1
Good job on this guy and yes, I’m indeed working on mine… 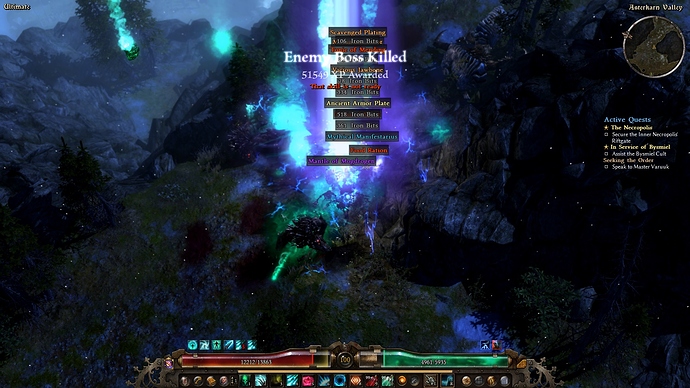 Right, I should do Moggy at least, he is fun

Truely is, just a REAL BIG FAT FUCKING shame that he doesnt respawn like

It is, love that fight! 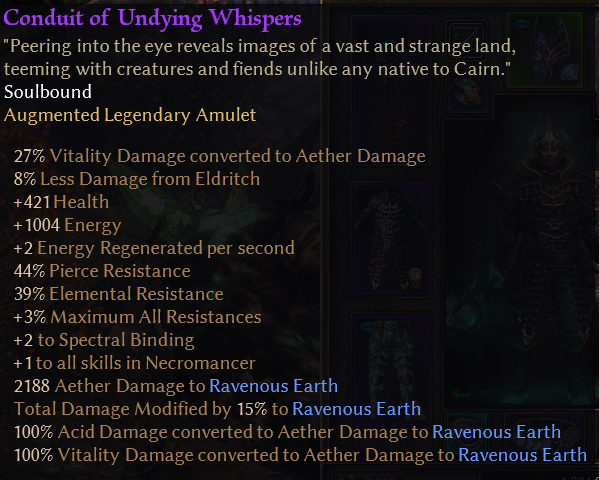 This means for us, we get 100% vitality to aether damage conversion - bat & wendigo is better heal now

Update, did SR80 a few times with the “tankier” spec with small changes, sanctified bone in helmet. 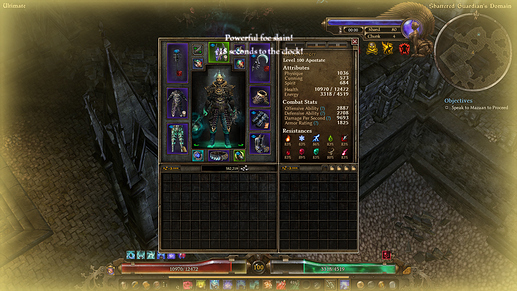 I think this build has grown a lot on me, it is now my fav non-spellbinder aether build

https://www.grimtools.com/calc/w26oYQ8V this is the version I played.