The latest vast addition to Grim Dawn is upon us!

With v1.1.8.0, we are pleased to introduce all new side areas scattered across the world of Cairn, and with them new challenges and rewards.

As you explore these new locations, you will also stumble upon a new style of Monster Totem, themed after the celestial fiends you may have battled within the Tomb of the Heretic. The power of the hungering darkness, it would seem, can no longer be contained!

As always, you can also look forward to a range of balance changes. For the full list of changes, see below:

Thx for this update

Oh my update bet is lost

looking forward to playing it at some point…tomorrow hopefully?

At last, my character that went hostile with both Barrowholm and The Outcast is relevant again!

Reduced All monster resists by ~5% on Elite and Ultimate difficulties in Singleplayer (monster resists continue to scale up with additional players). This change is compensated by an across the board adjustment to Resist Reduction skills in all masteries.

Reducing reliance on RR is a good idea and, if anything, long overdue imo. It’ll be interesting to see how this impacts “the meta” and/or if we’ll see future changes like this.

Looks like I have to brew with it again, especially since we also get the following devo change:

Wow, if the fumble chance is significant this is a pretty nice boost for an early blue constellation that’s been needing some love. Definitely gonna keep an eye on it.

Awesome, I was just thinking about when the next update would be coming! These changes all look real nice too boot! Reducing monster resists in higher difficulties is such a welcome change as well!

Looking at the notes, it seems as though there is a bit more incentive to go against Barrowholm and Anasteria. Makes me wonder if more people will pursue making enemies of them, considering that severity of what you’d miss out on. Should make playthroughs a bit more interesting none the less!

The new totems sound cool too! I really liked Tomb of the Heretic ( I also assume these new totems will be appearing there as well) so meeting the enemies from there across Cairn would be sweet. Almost makes me wonder if there would be a similar themed Nemesis to go with them, since they seem to be nearly a distinct faction of there own at this point.

Thanks for such a wonderful update. Not only new area’s but also new lore notes. You guy’s are fantastic!

Wow… thats awesome! But you can no longer change your language. Will that still be fixed? 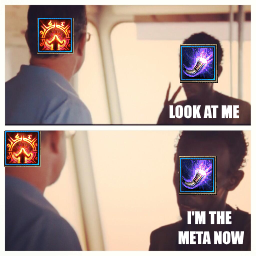 From what I read, this updates bring more loves toward fire nightblade and chaos soldier. Commando got several item support which is nice.

Mythical Grasp of Unchained Might: added +3 to Aura of Conviction and modifiers for it

Between this and Oleron Rage will become an interesting choice on my Tactician.

Will of the Crypt: removed % Physical dealt as Vitality

Yeah, it make horn to be some poor mans war cry, not that I’m complained about it.

Omg. Thxs! Another great update! Zantai and Crate have no limits!

Translations are done by the various language communities so it depends on how quickly they get the new ones done. Files were available for them some days ago.

Whoa, literally game changing, even if it’s only 2% per augment.

Going to try out the new content soon. Thanks for the update.

I’m still parsing most of this but oh my god those OA/DA changes to the Pneumatic Burst and Mogdrogen’s Pact lines are going to make Tricksters play so much better.

Btw chaos AAR is gonna be extremely OP this patch, good thing there is a levelling guide for it

I am going to investigate the bridge situation immediately. Bridges are OP.