I love spinning EoR-type builds, but who wants to be confined to OathKeeper? This infiltrator uses the Yugol relic with 100% cold conversion and 90+% Acid conversion, with dual Pierce RR. The result was enormously fun to build and play.

I am using several easy-to-farm greens, making the build extremely flexible with regards to managing Resists, CC res, and damage (depending on what drops). I only use greens with one rare affix (no good triple rares have dropped for me) but I imagine GDStash users will do even better.

You can also go full Legendary if farming greens isn’t your thing, though damage will suffer a bit without the acid conversion on chest. So I would at least get one of those, they drop all over the place in Cronley’s area. Legendary alternatives for the other slots are really good.

Playstyle is Simple and fun: Spin for damage and sustain. Shadow Strike for burst damage. WoP when you need additional RR on bosses. (I have tied Ulzaad’s decree to Ground Stomp because it’s reliable and ready when I want it. You could use your movement rune too.)

Helm: if you don’t have Ravager’s helm, the Bounty Hunter’s Hat is a great alternative. +1 skills to both classes and some other good stats, plus it looks cool.

Chest: Definitely want a Murderer’s Breastplate for the Acid conversion, there is nothing else that converts Acid to Pierce. Korvoran’s chest would be a decent legendary option.

Pants: Anything you want here, though I try to get +Death Sentence or +Death’s Chill for more RR. Mageguard Legguards is also great here.

Gloves: Anything with Attack Speed and damage

Feet: Use whatever you want to get the stats you need. Im using Stonewrought Groundbreakers for the Stun Resist and Physical Resist.

Belt: Spellbreaker Waistguard or Treacherous Pack pretty much mandatory for the conversion.

Medal: I like the flexibility of green stats - Galeslice Mark adds to SS damage and is easy to get in Act 1. Mark of Dark Dreams would work great too and might be better, but I I like stacking the flat damage and attack speed.

Amulet: Will of the Blade is BiS but anything with damage and +skills is fine.

Rings: I’m using Bladetwister for damage and RR Proc, and Belgothian for Damage + Proc. But anything with Attack Speed and damage is good.

SR Performance: no boss on SR80 is very tough so long as you pull them one at a time and dodge what you need to dodge. Pulling mutiples can get tricky (and the coming update should be interesting) 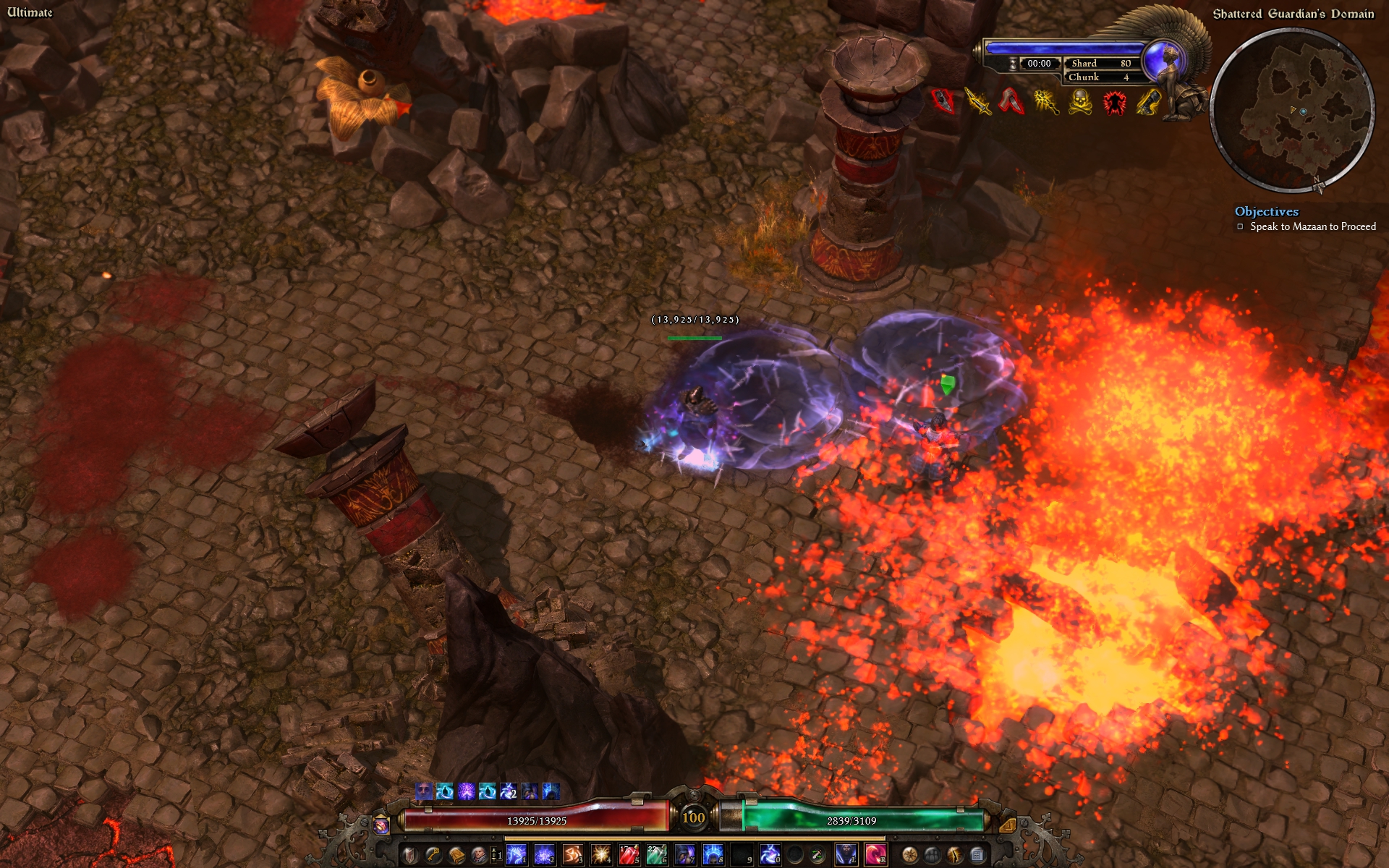 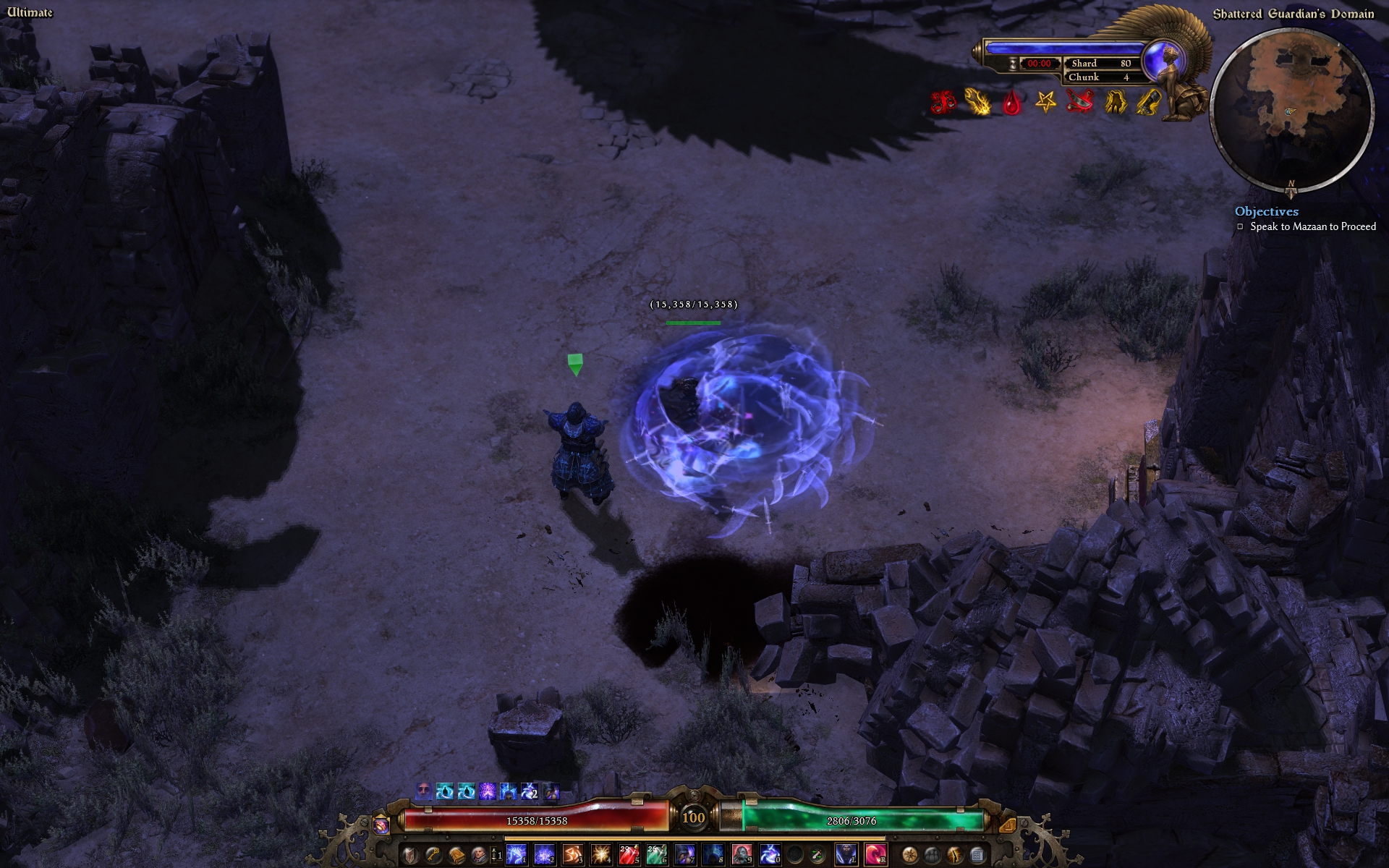 Crucible: haven’t tried it yet.

NOTE: After typing this up I noticed a similar build on this forum:

Before Belgo was even a baby in GD, there was pierce SS, one of, i not the most satisfying DW build in GD a very long time ago in 2016. That died along the way. [Noct%20main] Today, enter Noctirn, Belgo’s big sys and a dedicated Pierce SS weapon with AoE support. With Belgo relic proc and Blades of Wrath bound to SS, this weapon is capable of deleting the main target and surrounding mobs. It does not have dots, but if played correctly, can make up for it with raw damage Video: https://www.…

The gear is mostly the same (kind of mandatory for DW Nightblade converting Cold and Acid to Pierce). But his build may be better - he puts more focus on maximizing SS and Autoattacks with WPS skills. Plus I’m a newbie so any long-time player’s build is probably better. That being said I prefer the Spin2win playstyle

I see no GT link? Build loks very creative. I like it.

OMG I knew I’d forget something. Updated and Thanks!

Did you think about Murderer’s Epaulets with vitality to piercing conversion for Scales? It might be worse because you would lose phys res and AS but maybe it is worth trying. Could be better could be worse.

Yes, but it didn’t feel any stronger. Giving up Flat damage, Attack Speed and Phys resist all at once hurts

Using Murderer’s Epaulets would make me want to make more of an investment in Vitality - certainly pick up Bat which would be insane on VR. But that would mess so many other things up…

interesting build, the moment i saw this relic i was wondering if it could be a good choice of build. also, EoR comes with its passive that grants 100% pass through enemies, does this relic has this atribute?

EoR comes with its passive that grants 100% pass through enemies

Soulfire is a skill in itself that spirals out when you use EoR. It is this spiral thingy that has pass through enemies.