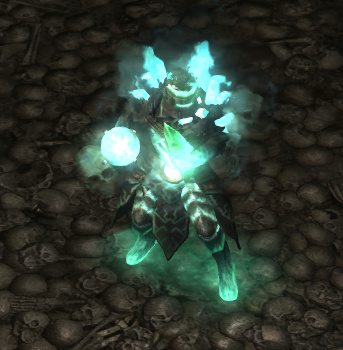 Disclaimer: this is an end-game build and not a guide, considering the gear required and the difficulty of the class, this is not adressed to beginners thus the post isn’t very detailed, don’t hesitate to ask anything.

Stun Jacks, but it’s spammed and all aether. With no DoT but a big damage boost from the conduit, the skill turns into a monstruous single-target killer though the aoe is limited. To put some band-aid on the aoe, the build has the phenomenal CC from Korvaak to just lock any pack in place while Siphon Souls keeps it alive.
Why is it a defiler ? Necro seems to provide the best support, since arcanist has no RR and purifier would have a low %aether. Plus it’s an underrated class.

Check out @MergosWetNurse’s sorcerer take on the concept, which inspired my own in some aspects.

Anything with defiler gets a

from me! Nice work!