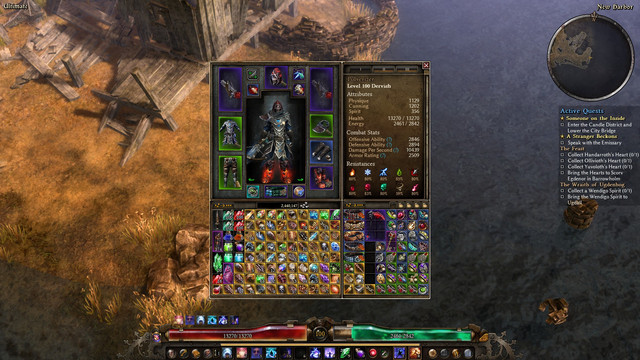 1.1.9.0 GRIMTOOLS Link - wait until Grimtools is updated for the current patch to view the build.

There are numerous 2H rifles that have caster off-hand levels of CDR; typically done to make them more appealing compared to the 1H + off-hand caster option. These rifles can be paired with the Mythical Mask of the Harbinger to provide up to 28% CDR just with these two items. Add to that a class whose Exclusive brings additional CDR and the result is a huge amount of CDR to make the best use of devotion procs and commonly-bad uptime skills.

Gildor’s Pulverizer is one of these rifles and the centerpiece of this build. While it’s most known for having really confusing modifiers for Pierce Grenado, it also has a Pierce Vire’s Might modifier that grants flat RR to Vire’s Might. Hardcap the third node Tectonic Shift while going for over 40% CDR, and that brings Vire’s Might cooldown to 1.2 seconds. It’s not as fast as the 0.6 seconds you get from the Vanquisher’s Set, but it’s fast enough to use as a main damage source. 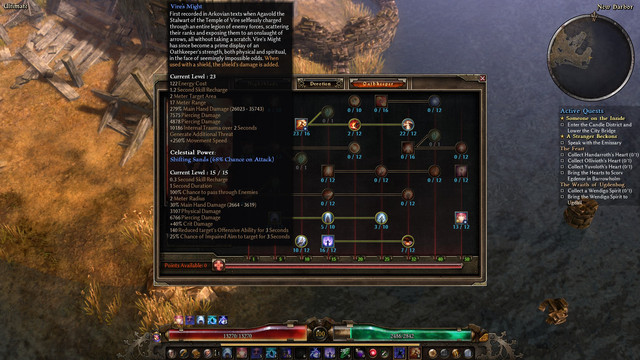 As shown in the picture above, it’s also a great proccer of low-cooldown devotions. Even with just one point in Volcanic Stride, the fire pools left behind can proc devotions as well; combined with the 1.2 cooldown of Vire’s itself, the entire field can be swarming with sand pits from the devotion. While neither Nightblade nor Oathkeeper have sources of %Pierce damage, the devotion layout combines the 2 T3 Pierce devotions with the use of Ulzaad’s Might. Without CDR, the devotion proc has pitiful uptime, but with >40% CDR, both it and Ascension only have 3-4 seconds cooldown, making them reliable damage boosts. Add in roughly 1,200 Cunning and this build gets up to 2,500% Pierce damage with reasonable uptime.