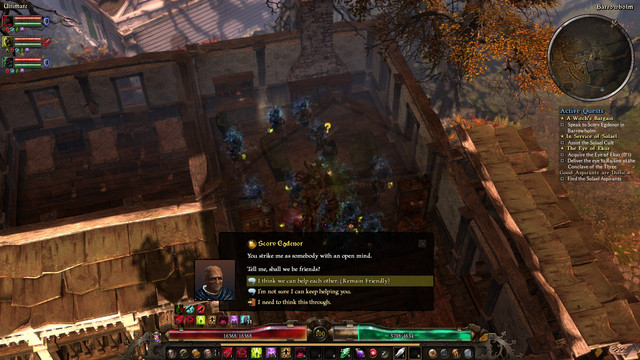 The Witching Hour was first touched upon in FG with Sigatrev’s Ghol’s Witching Hour Build - great for running Crucible but very reliant on the Ghol’s Set to provide additional Blight Fiend support to the Skeletons. I wanted to find a way to support a more pure Skeleton build - stack as much flat damage to the pets as humanly possible and use the generous bonuses from Witching Hour and Dying God to get good DPS from the Skeleton pack.

It had really struggled until 1.1.9.0 buffed pets for investing fully in them, and with the Whispers of the Void rings granting bonuses to Summon Blight Fiend, the DPS of the Skeletons followed with the bulkiness and threat generation from the Blight Fiend resulted in a build which works in harmony.

The Grimtools set-up is the way that I found to hardcap all of Hellfire (66 Chaos Damage), Will of the Crypt (60 Vitality damage converted to Chaos), and Soul Harvest (78 converted Chaos damage). All that flat damage is bolstered by bonus Chaos damage from Hellfire, Dying God, Witching Hour, and the ring procs, leading to a total Chaos damage bonus of 1,005% when one ring is procced. This is on top of the standard “pets damage” that is found in your Character sheet.

For defenses, the best way to keep pets alive is to keep their resistances up - so I organized my gearing and devotions towards capping as many resistances as possible. Obviously, people aren’t going to realistically find the greens that I’m using, but there are multiple options you can use to keep your pets’ resistances as high as you can:

Shoulders: Mythical Fiendflesh Mantle & Mantle of Lost Souls are great options to keep the pets’ Aether and Chaos resistances high. There’s also Mythical Mantle of the Patron to provide bonuses to Will of the Crypt & also provide pet Elemental Resistance.

Pants: There’s not really anything that would help here outside of Wildshorn Legguards if you need bonuses to Hellfire or Mythical Rifthound Legwraps for pet Aether resistance. Outside of that, I’d just try farming Reaper of the Lost with a character hostile to Barrowholm; I have the bonuses to Soul Harvest, but the other pants give bonuses to Hellfire as well, and a Taskmaster’s prefix beats anything Legendary pants have to offer.

Medal: The medal just received a buff in 1.1.9.0 and now gives huge Pierce resistance to a class combination that sorely needs it. Even without affixes, this medal is BiS.

If people previously trying Sigatrev’s build were disappointed that it was too glassy, I have found no issues in getting through Crucible or high SR. Crucible is a matter of getting problem targets eliminated immediately and using your teleports to move your pets away from multiple AoE pools which would spell death for any pets. As for Ravager, I know it’s cool to have <5 minute times, but this was literally the first time I ever fought him and came in completely blind outside of the general fact that he has really hard Physical attacks.

Hopefully other people can try this build in Crucible and see if it’s normal that this build is 3 minutes slower than the Crucible videos for Bysmiel’s Ravens or if it’s the fact that I use a laptop and not a cool gaming desktop that’s causing some of it. 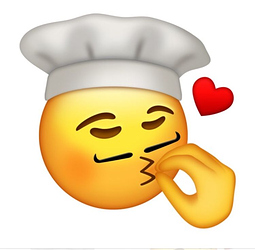