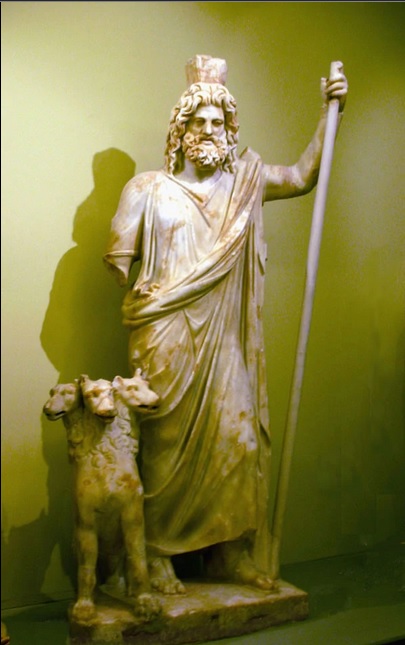 This is my rendition of the greek god Hades in grim dawn. A god fighting with massive 2h melee weapon and only one superstrong hellhound, no further pets.

There are similarities with my rifleman walks his dog build, although the obsidian tremor will make this build feel more epic and godlike, while the other build has a lonely ranger theme. 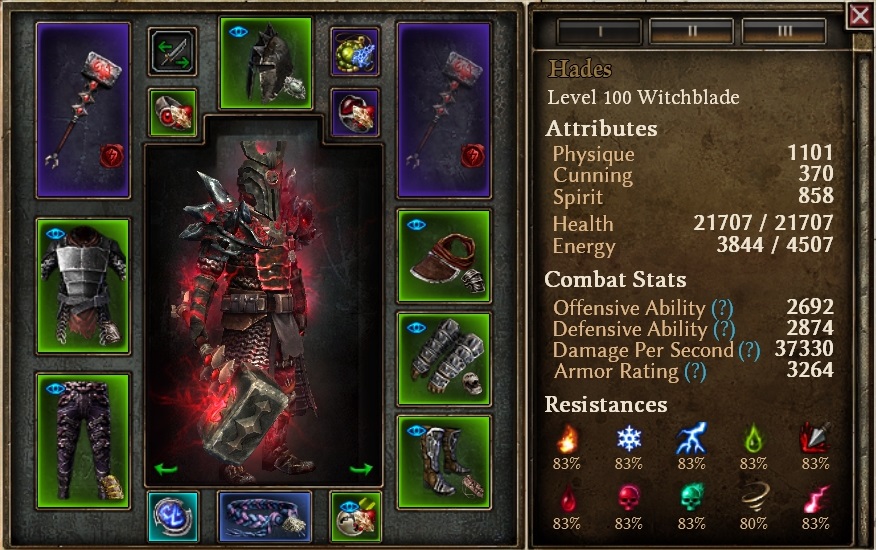 Both these build will get a big buff in 1.1.9.2 if the current changelist holds, since the hellhound will get 100% fire to chaos conversion instead of 0% fire to chaos. This build is actually stronger than the ranger, SR65 is very easy, I already did some chunks in SR75 and was halfway killing kaisan. However I feel the buff is really needed to have a chance at becoming a solid SR75 build. So for now I keep it Sr instead of Sr+ 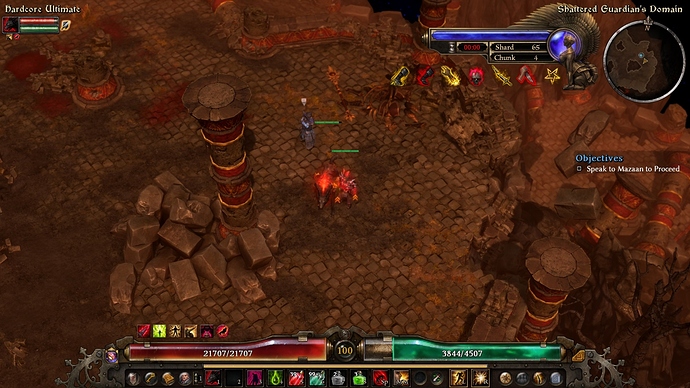 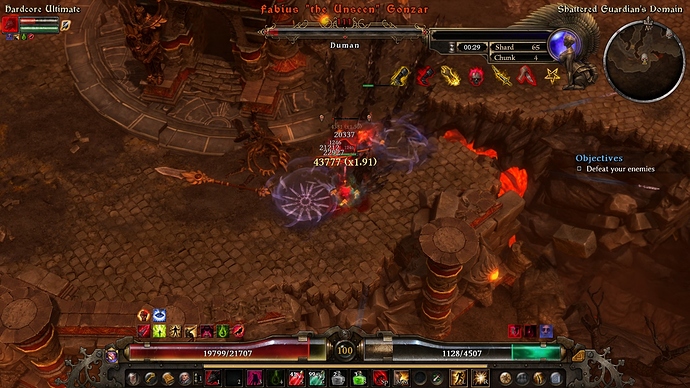 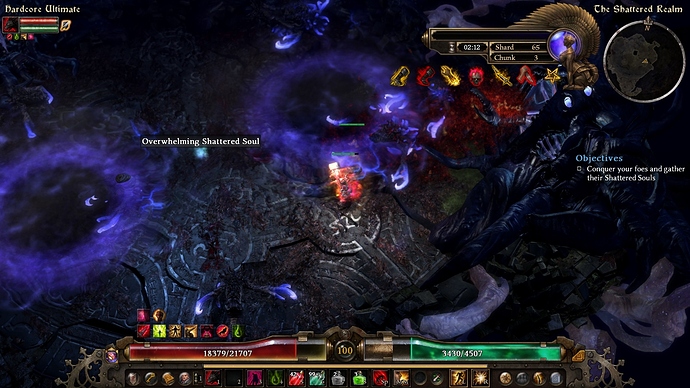 I’m sorry for bumping my own thread I became aware of the tag system and wanted to make some consistency edits to be able to find my own threads easy, but for some reason this one wasn’t stealth edited.

Perhaps you’ll find this search useful for showing all your builds and just them not also other threads:
https://forums.crateentertainment.com/search?q=%40gargabolo%20in%3Atitle%20%23grimdawn%3Aclasses-skills-and-builds%20in%3Afirst

You could bookmark it I suppose. All threads are here of course: https://forums.crateentertainment.com/u/gargabolo/activity/topics

Thanks, I wonder tho if there is a sure way to stealth edit?, since it is useful for small text fixes or additions as well. I thought if you don’t give a reason it will stealth but I didn’t use that option.

The reason this wasn’t stealth is simply because there were no other posts when you were editing it.
Since you have replies in all others, I wouldn’t worry about it.
I find it funny since normally people try to bump their threads not the other way around ; )

True, but if it is done without good reason, people may regard it as unwanted attention seeking behavior.

Then you have to make bump protecting second posts just after making threads I guess.

Shouldn’t bump threads to start with.

@gargabolo doesn’t want to bump his threads but when he edits OPs when there are no other posts in them they get bumped no matter what and he doesn’t like it. That’s where my suggestion comes from - to make two messages (build message and one similar to “Resebirbed”) to prevent that. 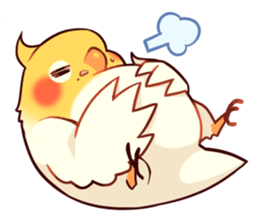 What the Hell(hound) is going on here?

I have been there with editing, it pushes the topic on top, unintentionally of course.