This is my most minimalist hybrid pet build. Just a rifleman walking around with only his dog, no further pets, he also drops a cocktail once in a while (transmuted BWC). The rifleman uses the witching hour and uses it as a shooting weapon, not a caster weapon.

The build is very safe in SR65, very tanky and the dog very rarely dies, but damage is not high enough to go further, I killed Aleksander with it in SR65 so it is definitely a very solid build for the campaign. 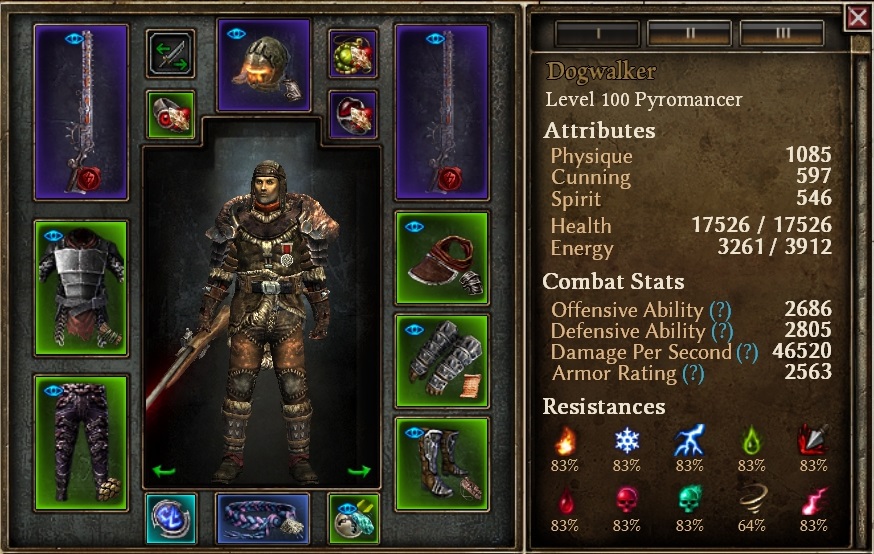 Uses some purples and only single rare MIs and double rare common redeemer items, I don’t think all double rare would take it much further. 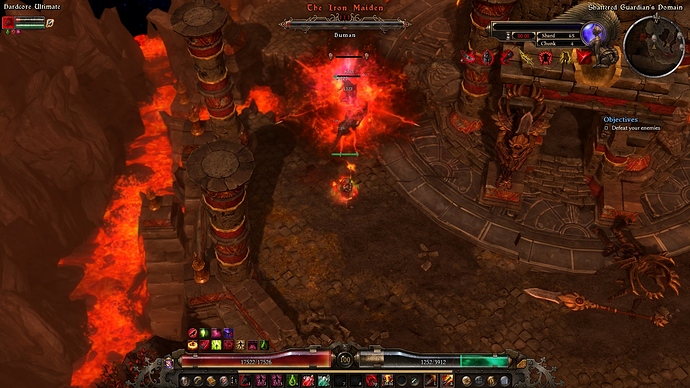 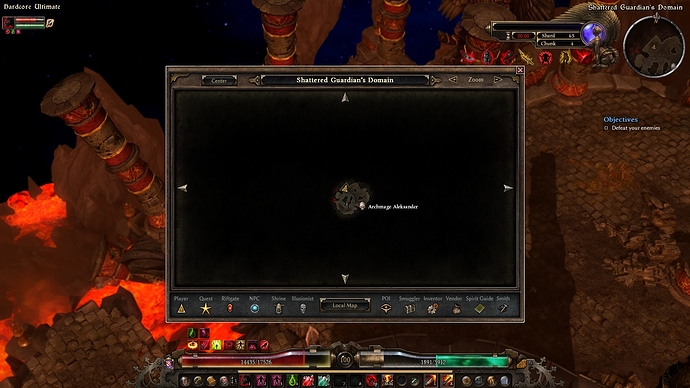 Ancient gods bless you, @Nery)))) Couple of words about how it was leveled? Straight to this build or a different way?

Not entirely sure you are posting in the right thread as you seem to be addressing nery.

There are various lower level blue chaos shooters available in the game that support the same playstyle such as: warpbreath arbalest, devil’s mark and wretched crow of bysmiel. early in the game both you and the dog are of course physical and that works fine with Curse of Frailty. I will say it is probably a bit of challenge run if you insist on doing it with only the dog the whole time, adding the familiar temporarily can make things easier during certain phases if you lack elemental resistance.

EDIT: Also for devotions, shepherd’s crook is the right start, but after that I don’t recommend trying to chase the endgame build immediately. I would use Fiend first after that, then with bat or behemoth I can get to eldritch fire quickly and have lots of useful procs early.

Not entirely sure you are posting in the right thread as you seem to be addressing nery.

Sh*t, man, sorry) This is momentary lapse of reson))) Post is right, name was wrong

For the rest you wrote, TY, i’ll see how will it work. I like the Man From Shelter 101 conception

Ok, no problem if you have any questions let me know.

Can u xplain me one thing? It seems that you have two various type of dmg here, chaos from char and vitality from Pet? Or i misunderstood?

no, in the final build both the player and the dog are doing largely only chaos dmg, therefore Curse of frailty is no longer needed and resistance is reduced with thermite mines. You can only switch to doing this kind of damage when you find a gun that inflicts chaos damage instead of physical. When this happens you also need to use the transmuter on solael’s witchfire to convert the dog 45% to chaos.
In the final build this isn’t used because the conduit converts the dog 100% to chaos. This allows an amount of dmg needed for deep Sr levels but isn’t a necessity for the campaign, there are also exist rings to increase the amount of conversion without the conduit. All in all the reason chaos damage is used, because there are many pet guns and items in the game that supports this dmg and it works well with firestrike (also see helmet has additional conversions).

And, sorry 4 being annoying, just trying to understand mechanics of game. Look: for example, on Devil’s Mark wrote 45% physical to chaos. It means 45% of all physical, including char and pet, or only from char, or only 45% of rifle’s physical?

you are not annoying, Devil’s mark is a gun that inflicts 100% chaos damage, the 45%
conversion is for the dog, it is a skill in occultist called consecrated blade (but also works on guns).

And what do you think about Lightning to physical? Thinking about shaman with rifle and Pet, gamage from Pet and primal strike. Then, if i will use Lightning to physical mythical https://www.grimtools.com/db/items/12656 there will be physical and bleeding damage from Pet and char. Only question is where to take physical rr. Logically with this weapon i shoul take Inqisitor, but i can’t see phys rr there… Occultist have phys and bleed rr, put seems to be useless in other spells

This weapon can surely work for campaign because the +2 to shaman is great for pet builds, I might be interested in trying to make an endgame build out of it, but would have to investigate additional factors. However I think it works better forfeiting the +2 to inq and use a class that has physical resist reduction. Since your main damage skill is in shaman, I don’t think this is a very big sacrifice.

Also I don’t know if you intend to use briarthorn only, I just happen to also have a pierce warder hybrid pet build, but it works better with swarmers:

In this case May be taking occultist and try to converts some vit to phys will be good idea. F.e. with this item https://www.grimtools.com/db/items/7982

And also use Nature’s call regalia for endgame, to have Pet bonuses and 2nd briarthorn. And i have no idea about other gear like rings etc

You are right shaman is likely easier to level, and perhaps even easier with warder, with conjurer there may also be lightning options using the familiar. Right now I have not really investigated all those possibilities.

I will start level this man and will try to make some travel notes. Will see what it will be at the end

And also, wich devotions will work here, how do u think? This area of knowledge is my blank space(((

for a 2h ranged physical warder or conjurer with pets the devotion build from the pierce warder I posted looks very good to me (except those 3 points in unknown soldier have to move to kraken or use them to get the vitality resists in bonds of bysmiel), I just happen to be working on a physical melee warder with pets and for that build after a lot of tests azrakaa also turned out to be the best option.

Ok then, i am started and will keep you informed, if it is interesting 4 you