New member, decided to show the result of my long search for the best possible and thematic hybrid/pet build with real mastery pets, not just autospawners.

The Kymon Kennelmaster is a stormfire caster who also happens to be an expert in shield bashing with blazing charge and can kill all nemesis at SR80 with his 3 dogs: hellhound + stormhound + stalwart guardian. I only play hardcore so my builds are always tanky. Clear rate at SR80 is 1-2 minutes off the clock per chunk, but a tough nemesis can increase it by several minutes. In the bossroom the clock will likely run out but not excessively.

Th stormhound was not added as a meme, he really is better than mogdrogen’s ardor in this build, since all defensive buffs of that relic are wasted on the raven and hellhound. If you don’t want the stormhound, use ignaffar’s combustion, this can create a build of equal strength and slightly different style.

The picture below shows the ‘in combat’ stats when dreeg and renewal are up, but not the bonuses from 2x insight and deadly aim. 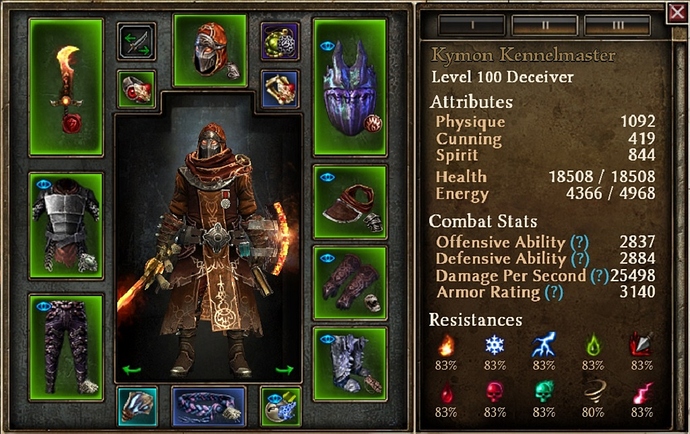 I killed grava thul with the single rare version in SR75. The easy farm version does not use the conduit as it requires both -15% elem resist to COF and pierce or aether resistance to be fully effective. Nonetheless if you get only this item and the rest remains single rare it is still a significant upgrade, probably pushing SR80 with careful piloting. The pet affixes have increase odds for rolling on the trinkets and the bysmiel legs, so will be easier. The hardest item to get is probably the zantarin mantle with a useful suffix (no preferential treatment of pet affixes on this item), however it isn’t a vital piece, a redeemer shoulders can replace it easily, also a kra’vall shoulders is almost as good, so you have options.

Ravager and Mogdrogen can be killed with this build (you are very safe) but it takes very long and i don’t have the patience for it (I can’t stand bossfights longer than 5 minutes, I just quit to mainmenu) for ravager use the zaria pendant of untamed and an Overseer’s spectral crown.

Assuming you want to level this build roughly with the gameplay of the end result I recommend starting the game using the fireblast and greater fireblast components and leveling the occultist first completely to 50.
look for +1 to occultist items since they have huge power early game. For devotions I recommend roughly the following order:

Fiend + shepherd’s crook + tsunami -> behemoth -> rhowan’s crown -> lion -> typhos + phoenix,
obviously you will waste much more aether crystals than if you solved my puzzle, but it will be easier and more fun.

There may be a period midgame in elite or ultimate where greater fireblast loses too much power but you are not at level 75 yet or don’t have the seal of destruction. There are various things you can do:

-flames of ignaffar, but may need a special item to boost it otherwise can cost too much points
-shard of beronath and typical inq shooter elemental ranged setup, possibly add arbiter relic
-tome of arcane wastes at l65 (i used this a lot)
-conflagration relic (haven’t tried this but likely ok, since the relic slot is much a bonus slot in this build) 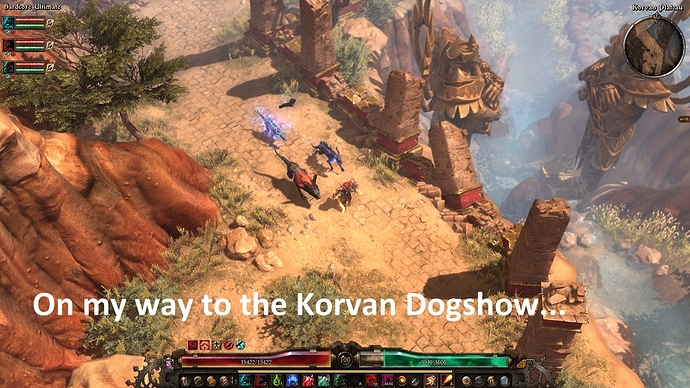 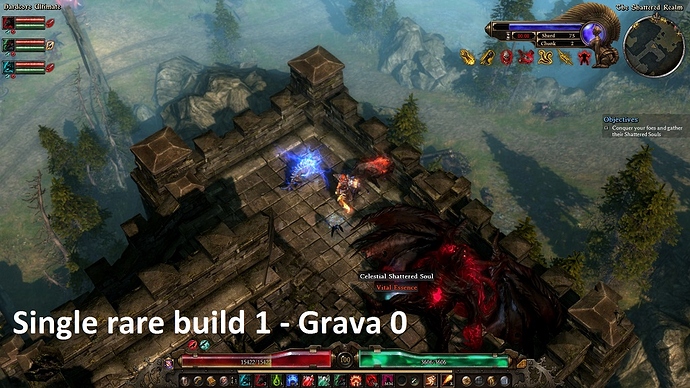 I was still experimenting using astral rifts at the time of this screenshot, but blazing charge is vastly better, was able to optimize it adding seal of might instead of purified salt so overall build is even better now. 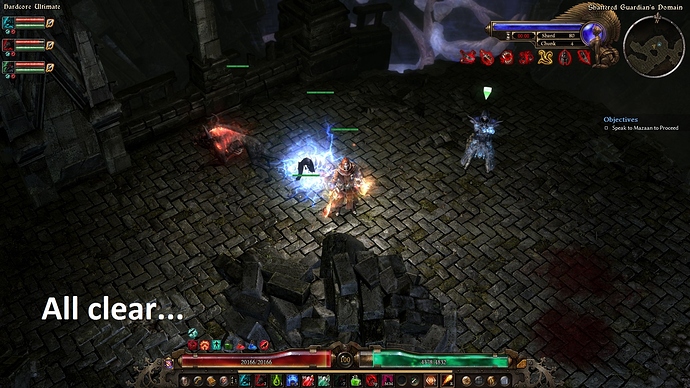 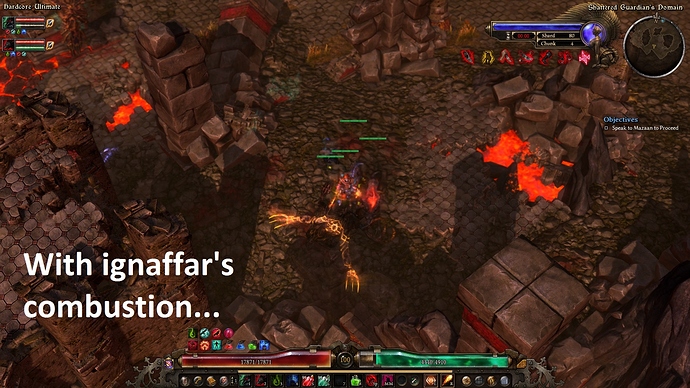 I always approve Hybrid Pet builds and this looks pretty nice. I don’t really like the Stormhound very much though. In my experience, it dies very easily and frequently. Its base health is pretty low and it really hates poison/acid pools. I find myself having to re-summon it all the time. It is just too fragile.

The stormhound is not a pet you want to add before all your pet defenses are in good shape, with this build the stormhound will likely die only once per chunk if you don’t run into anything especially menacing, against harder nemesis he needs to be respawned several times. Sometimes however he doesn’t die at all, but it is the hellhound that dies, because the stormhound does not generate any threat and is largely ignored by monsters. In lower SR levels or most campaign content the stormhound will be pretty much invincible if the defenses are as good as in the final build.