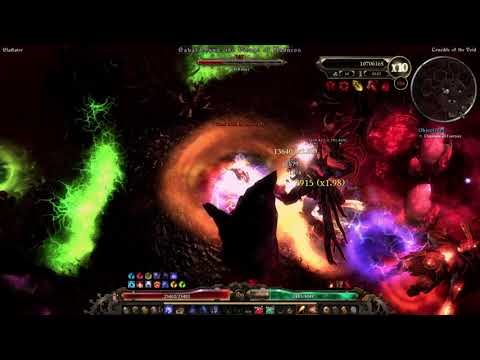 This is a powerful defensive spellshield who can extend magical protections to his allies. With all buffs up, this Paladin has 1184 damage absorption through Inquisitor Seal, Stone Form, Ascension and Phoenix Fire. Ascension has only 2 seconds of downtime (17 seconds up time, 19s cooldown), giving a constant massive OA, resistance reduction and damage absorption boost.

Nazrae’s Holy Shield primarily deals damage through a powerful Aegis of Menhir, which has a total of 139% crit damage, buffed damage, and can hit up to 8 targets with every cast. It heals for 4% of the damage it deals, which means a full heal for you for every target it hits.

Beyond that, cast Stormfire and Twin Fangs at the enemy to spam molten fragments at groups of enemies. 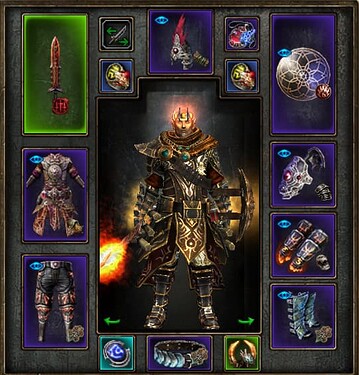 Damage is not this build’s strongest suit (although it’s not terrible by any means). But, while some fights are slow, all fights are easy. (Although I don’t think it could do Callagadra etc due to low physical resistance).

Still, the build is fun and tanky.

…my whole life is a lie… and this explains a lot about a lot of my builds… I had no idea! Ty GI!

you tried this since patch to see how it feels?

I haven’t yet, but I probably should I imagine it’ll be more stable because there’ll be less downtime where there’s 0 flat damage absorption.