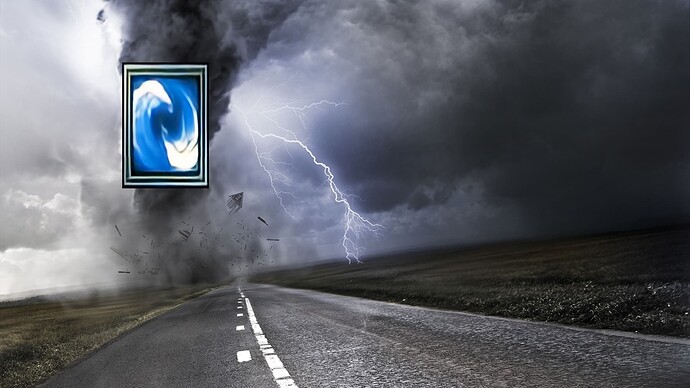 After this corny image, time for a mini trip to the past all the way back to 2019 on patch 1.1.1.2 when @John_Smith posted his infamous Cyclone Archon
That build gave birth to all the " Better nerf Cyclone" memes.
Well, some things got buffed during the test patch, which got my attention. Things like Cindertouch getting attack speed and casting speed and Guardian’s of Employment getting elemental resistance reduction.
So here are the results :
GRIMTOOLS
CRAFTS FOR SLOW RES 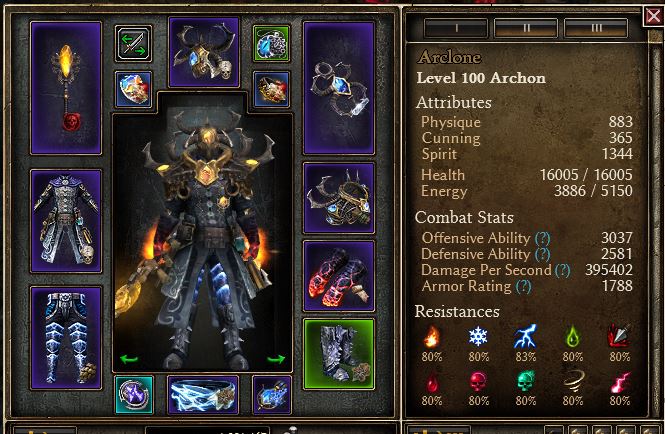 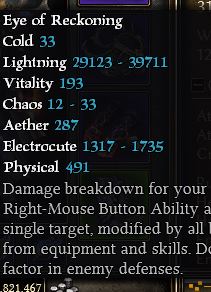 Look for slow res affixes on the boots and attackspeed on the amulet ( preferably Kaisan’s Eldritch Eye for cc resistances and Clout suffix that helps max out movement speed). Everything else is pretty much BiS. You can do Physique dump if you are not comfortable with that DA.

Gameplay is simple, throw Wind Devils and Aether Corruption and then spin to win. Use Ascension, Wendigo Totem and Bloodthirster to facetank more. You don’t have to fully facetank enemies, you can fadeaway with Eye of Reckoning while dodging melee attacks. 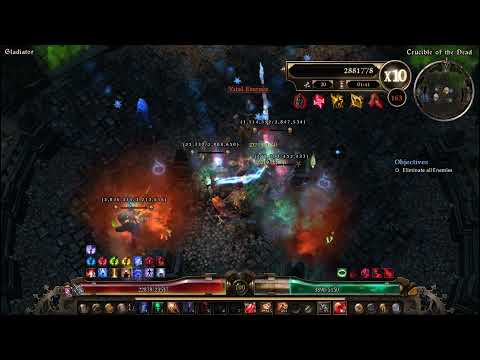 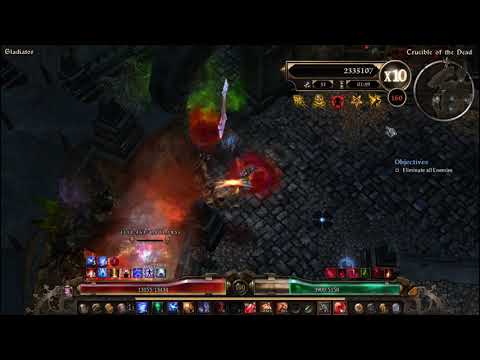 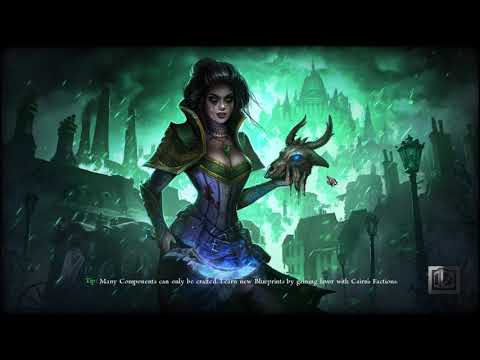 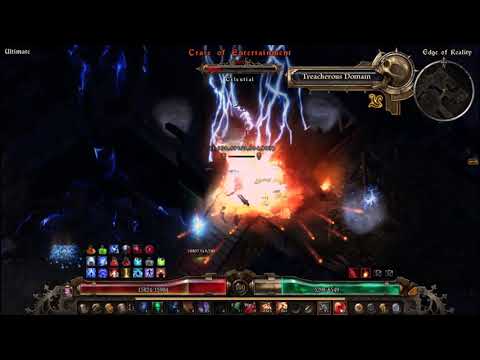 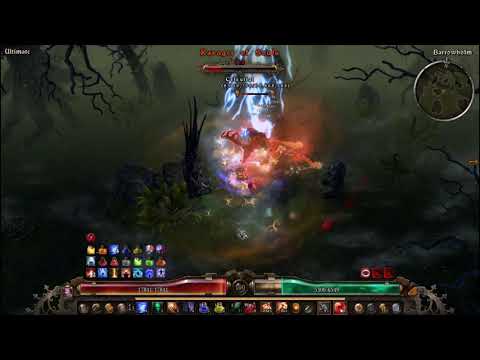 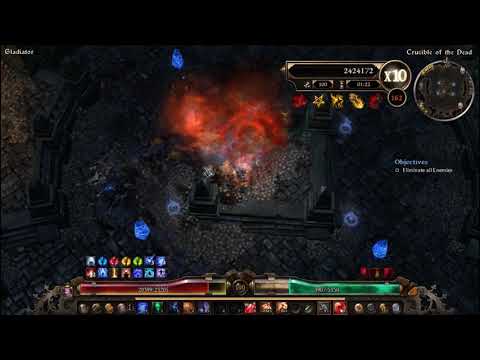 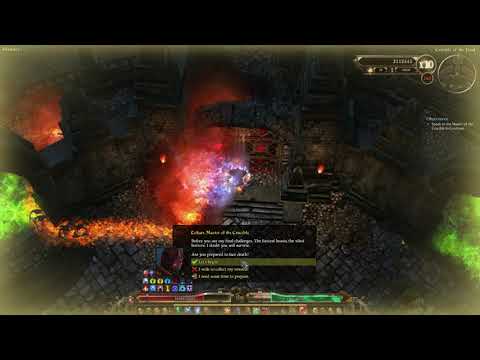 Pls don’t get nerfed instantly, let this set breathe for once, it has been 3 years.

Nice build!
This was my favorite build and set years ago. Finally it’s back from the grave.

Nicely polished. How deep SR can it go without pharma?

85-90 depending on bosses. IM and Kaisan are a real pain. Same with Gargabol and Fabius.
Grava is depression.

@Retal_Abuser Really nice build, will probably transition into it eventually. I attempted it myself, didn’t like the mandatory complete set.

I wanted to ask for some feedback, since you just remade Lightning EoR in the current patch.
I got a lucky double rare Kimon’s sword and tried to build one myself:

Pros: Aether/Fire/Phys conversion to Lightning; plenty of Weapon Damage for EoR, the MOST infuriating part of building EoR toons and the most annoying limiting factor IMHO; decent leech, 12% Phys resist on the 3p Cyclone is a must, capped resists, capped EoR and Soulfire;

Cons: Paper survivability, I have NO idea why. The armor is low. Max damage requires Mirror of Ereoctes to be up, so window of optimal damage is low.
Didn’t calculate Resist reduction, Devotions might be all over the place. So total RR might be really low.
Anyone that can have some input is more than welcome to give me his thoughts.
P.S. If OP thinks this post doesn’t belong here, I will edit it out no issues. Congrats on the build again, I want to give it a serious try!

I remember someone played something similar in test patch and failed miserably. I think it was @grey-maybe . He can chime in if he wants.
But at first glance, you have very low % lightning dmg without Mirror and you don’t have any cdr for mirror so it has pretty bad uptime.
And low dmg would lead to worse sustain which leads to worse survivability. Also your RR is really low, only Celestial presence and Widow and no flat RR from devos so it’s another reason why damage is low.

Finally cyclone back in game. Wonder for how long?

Here’s 2 runs with original setup and little tweak i wanted to test.

Are there any flat reduction resist devotions?
This build might be dead in the water, I was hoping the extra % weapon damage from using 2 Kimon swords would counter the lack of % damage.

wauw. i finally did a exact copiu of the build. even the green ones. I’m level 95 so I miss 5 skillpoints. however. the ravaged just melts me, no way I can sustain his damage. would it make a difference if I max out physice instead of spirit? RIP

Well, you are not lv 100 and missing skill points is important. Are you using the pots I am using during the fight? With Lifestealer Oil and some elixirs with HP and DA you should be able to facetank the first phase and once he drops to 50% spin back and forth to avoid getting hit like I did in the video. Alternatively, you can put more points into physique and see how it goes.

Ravager is not a Boss or Nemesis, Ravager is a Superboss. From what I found out so far, if you don’t build specifically to counter him, you will need a lot of Pharma. No shame in popping pills to kill Gods though!

Might be a dumb question, what factions did you go with for the augment picks?

Doesn’t really matter. You can pick Solael from Forgotten gods to get their reputation going faster.
But I am not using neither Kymon’s nor Order’s augments. You can pick whatever you like. 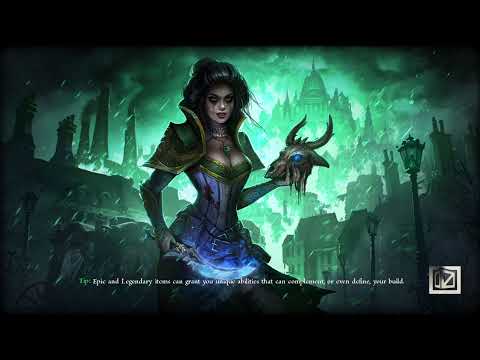 Did you just level as EoR or go Primal Strike and swap?

Primal Strike is best for leveling

Pros: Aether/Fire/Phys conversion to Lightning; plenty of Weapon Damage for EoR, the MOST infuriating part of building EoR toons and the most annoying limiting factor IMHO; decent leech, 12% Phys resist on the 3p Cyclone is a must, capped resists, capped EoR and Soulfire;

Cons: Paper survivability, I have NO idea why. The armor is low. Max damage requires Mirror of Ereoctes to be up, so window of optimal damage is low.
Didn’t calculate Resist reduction, Devotions might be all over the place. So total RR might be really low.
Anyone that can have some input is more than welcome to give me his thoughts.

Your LL is actually low. Even with an extra WD from your weapons, you have only 9.3% real ADCTH. That’s not enough to leech full HP quickly in many occasions.
Your HP is quite low too (even with damage absorb from Maiven’s Sphere).
Your RR is low too, due to Arcanist mastery (that has none). Why would you even choose an Arcanist mastery as a support one for such a build? It doesnt fit at all, you need Shaman for that, or, at least, Demo/Occultist/Inquisitor.
IMO, that’s low for everything. Just look at my current vitality EoR Archon, for example:
https://www.grimtools.com/calc/lNkpkLd2
That’s what i call good. Good DPS, good HP, good life leech %, good total RR, etc.
I also dont think 2xKymon blades are better than Cyclone set. Yes, you get higher WD for EoR, but what for? Your base attack damage is still very low because you’re using one-handed weapon, as for life steal, you better just stack it directly, or use 1 Kymon’s blade and full Cyclone set.

Primal Strike is best for leveling

That’s true. Even for my vitality EoR, i still leveled up with vitality Primal Strike (ranged).