A few minor buffs in the recent patches for Blood knight set and Butcher of Burwitch (which now replaces Brutalax) made me revisit this build.
I made a few changes to the gear and skills. Build feels roughly the same, maybe a bit faster. Will have to test out if it can now go deeper in SR.

After almost 1000 hours on this game and countless questions on this forum, I FINALLY made a build worth a damn!

Damage over time doesn’t stack from the same source, it just re-applies.
But from reading @grey-maybe’s 5 Guardian build and Mad-Lee’s Blade spirit build, it appears that each player-scaled pet (and each of their different attacks) counts as a different source.
So I thought:

This build is my answer. 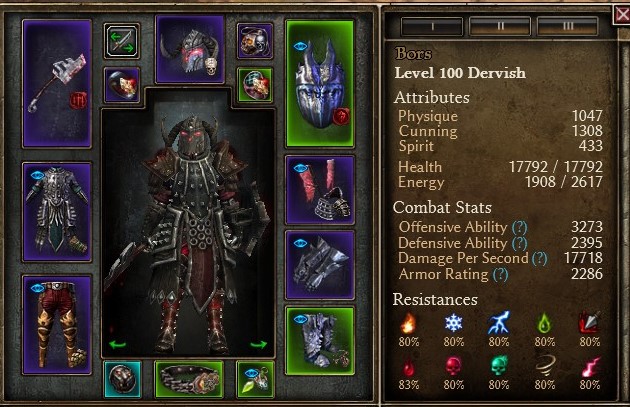 I love skater builds, but they really depend on you being on point.
Here the pets do the heavy lifting and we skate mostly for Kiting and proccing, so it’s much more relaxed. Hopefully this description appeals to you as well.

Please don’t hesitate to post questions and/or criticism: I’m still learning and I’m sure there are lots of ways to improve.
And if you try it out, I’d love to know how it went.

Reserved because… I’ve seen people do that and I want to fit in.

Congrats to your first build posted! Interesting idea to go for bleed/vitality BS hybrid with Blood Knight set instead of Demonslayer.

Congrats to your first build posted!

I read a lot of your builds too for inspiration, so thanks for that as well!

Interesting idea to go for bleed/vitality BS hybrid with Blood Knight set instead of Demonslayer.

I first started with Warder, trying to get the most out of Blood Knight. Then I realised that by not Including Blade spirit, I was leaving a lot of damage on the table. After a few different iterations, this is the best version I have tried so far.

Very nice for a first build! Did you build this legit? Looks like it’s the case cause of the missing skill points. I would suggest one morgoneth ring so your spirits do more damage and you get a decent DR source but i know it’s a pain to farm.

Very nice for a first build!

Did you build this legit? Looks like it’s the case cause of the missing skill points.

It’s a character I reused and altered a lot through GDStash for testing, but it was legit leveled to 100 as a Dervish. I just completed “the other you” for that last missing skill point and will be updating the OP soon (Just cleared SR76 with it

and this time I took screenshots!)
As for the gear, everything blue or purple and the double-rare belt are legit, everything else that’s green is stashed.

I would suggest one morgoneth ring so your spirits do more damage and you get a decent DR source but i know it’s a pain to farm.

I will definitely try that !
Never even thought of using that ring, thanks! (plus, that would free up my medal component slot)

Sees Pet build
Gets excited, only to find out it is Player scaled Pets
Sees Blood Knight set and gets excited again
Sees that build doesn’t have too many buttons either
Goes to folder and searches for the seal
Finds the seal, throws it to the build’s face and runs away 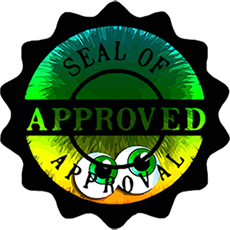 Praises from Maya on a “pet” build

One more thing checked on my Grim Dawn Bucket list !
Thank you!

Hi, this build sounds really fun to play and I want to try it.
I am not experienced in this game…so I would like to ask you how should I level up my caracter? I mean, oathkeeper skills first, or nightblade?
Also, can you tell what devotions take first?

For leveling honestly, I have no idea how viable this build could be without end-game gear.
Blood knight set and Deathstalker relic are both cornerstones, and neither can be equipped before level 90

You should probably check @RektbyProtoss’s Fire pets Build, And follow its leveling guide: It plays somewhat similar and relies on the same basic mechanics. Follow that, and then respec to this build once you have the level and gear for it.

As for devotions we face the same issue: Living shadow is a big part of the build, and it’s a tier 3 constellation, so I’m pretty sure it would be hard to make a leveling version of this.

Thanks for the reply!

Not a lot of changes, but since it’s my only build worth sharing, I’m gonna take care of it.