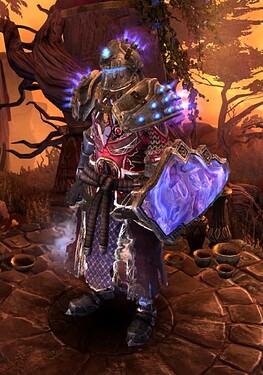 Edit: Link updated for 20% chance of cooldown reduction and devotion reassignment as per recommendations made by @tqFan.

Bron Voidhurler is what you get when you combine the Voidsoul’s Aegis of Menhir benefits with the Conduit of Divine Whispers (Aegis of Menhir modifiers). The result is a build that deals very heavy hitting Aegis of Menhir’s attacks fairly often.

Aegis can be thrown once every 0.5 seconds (with a 15% chance of cooldown reduction; I might up this later). It has a Total Damage Modifier of 65%, 66.6% of the phys damage converted to chaos, plus bonus chaos flat damage, and deals 430% weapon damage. While it does not stun targets, it does still taunt them, making this build somewhat of an aggro thief in multiplayer.

Aegis has 6% attack damage converted to health, not including the 9% of global lifesteal. 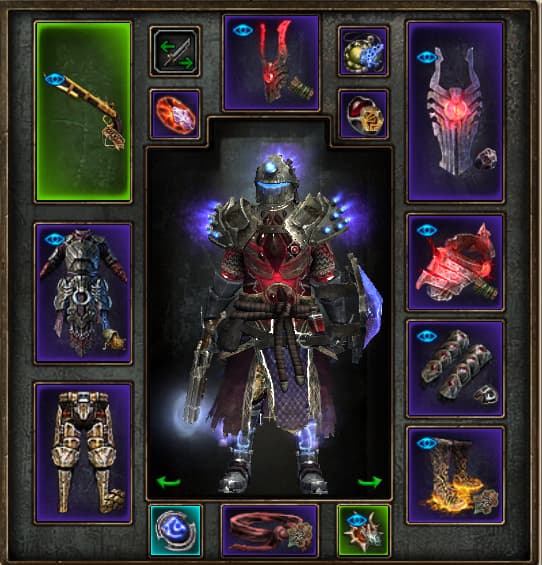 Because it can hit up to six targets per cast, and because there’s a chance to instantly cast it a second time, there is the potential for great AOE damage, and great self healing. The build has 124% chaos resistance reduction.

The important part about the weapon is that it has the Of The Abyss suffix, to give every attack resistance and reduced damage to targets. As this weapon is not typically a chaos damage weapon, farming it may take some time.

Inquisitor Seal plus Ascension help to boost your survivability significantly due to damage absorption.

Damage is fun, survivability is stable, even against multiple bosses in the boss room. 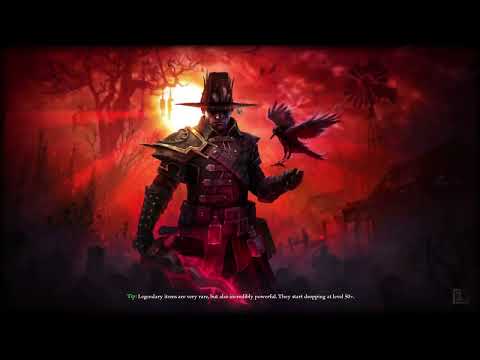 This is the first iteration of the build - I came up with the concept and ran with it, and have spent zero time optimising it. Suggestions welcome.

Very nice. For single target bosses with no ads if you’d like to push the build to the limits I’d change devotion bindings:

because 1/s ticking curses might not do a good job in this scenario. And then Skeleton on Vire’s Might with tectonic shift to generate then in bulk sometimes (or just WoP). Hungering Void should be 100% on Dark Desires hopefully. 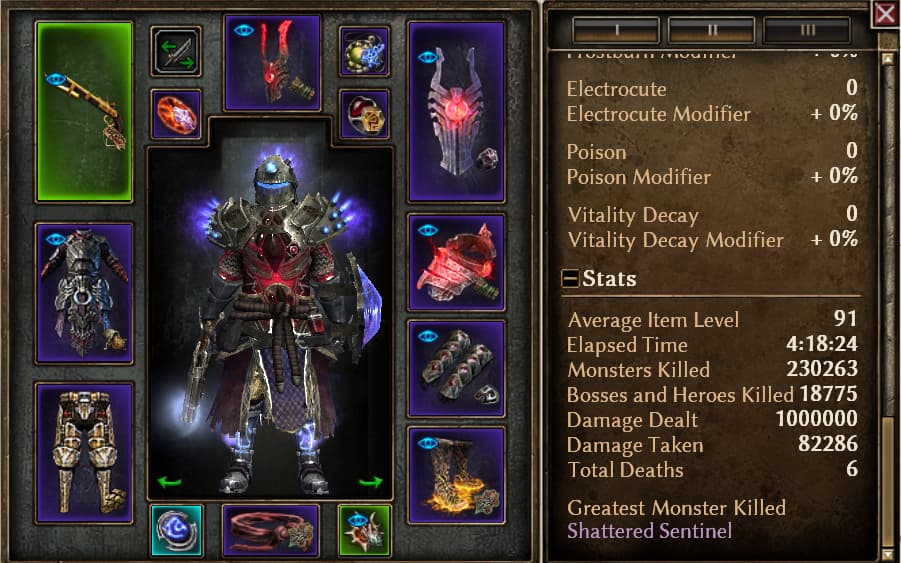 I find the illusion to be very nice too. It’s very hard to pull off red + blue.
I once tried mixing these colors starting from Namadea’s Horns but I didn’t like it in the end.
I’d probably mod Box + Seal to be red but this is more creative.

It ended up working really nicely with some of the spell effects, too - the light purple from Inquisitor Rune and Presence of Virtue both complement it!

I just have one question…
Is the abbys suffix for sure applying res and damage reduction to aegis? Isn’t aegis only using shield damage for weapon damage ? I have been wondering on it for some time.

Damn nice build, though that conduit is totally going to get nerfed now

Great question. You might be 100% right, I have not tested this and didn’t think about it at the time.