Hello people! This is my new build and it took a while to complete. The idea came from this post by @ChronicRestarter. It started with the same concept of using Aura of Conviction to give Pets some flat Pierce damage to go alongside their innate Physical/Bleed strength. Pierce is the only damage type without any support for Pets so figuring out a way to make it work is incredibly tough. Inquisitor is the ideal class to pull this off since Aura of Conviction and Arcane Empowerment add a decent amount of flat Pierce damage to Pets. This is the only way to get any Pierce damage for them. The only other option is the Mythical Blightshard Amulet as the Pets coming from this item deal Pierce/Acid damage. Primal Spirit also deals Pierce damage through its tail strike but that’s about it.

I played through most of the game using Aura of Conviction and some of the boss kills (videos at the bottom of the post) on Ultimate were done using this exclusive skill. However, after analyzing carefully, i came to the conclusion that this wasn’t a practical way of playing as my setup allows Primal Bond to reach its full potential. Also, Pets tend to wander off a lot and are often out of the Inquisitor Seal which causes a loss of Pierce damage. In the end, i opted to abandon the idea of playing Pierce Pets and went full on Physical/Bleeding. 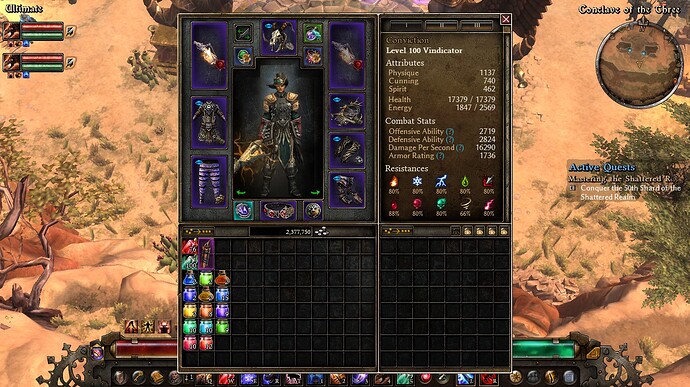 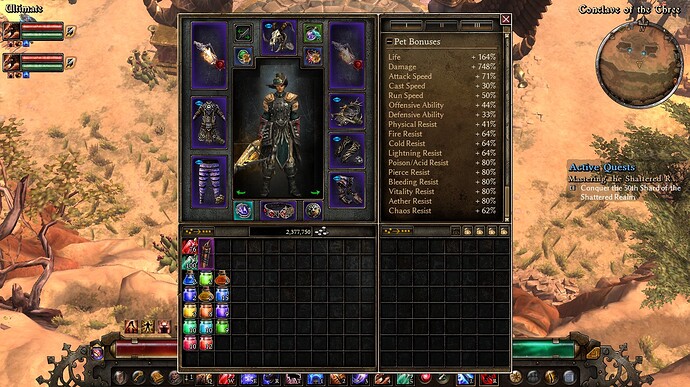 Well, the main thing about this build is the usage of the Mythical Korvan Wyrm. It’s a two-handed ranged weapon with +2 to both Inquisitor and Shaman (essentially a +2 to All Skills) and it changes Inquisitor Seal to support Physical damage and apply -18% Physical Resistance. This isn’t the main reason to use this item though. It changes Primal Strike to physical damage as well and adds a ton of flat physical damage and internal trauma to it. Even with minimal investment and with the help of +1 to Shaman skills on other items, it’s still possible to deal a significant amount of damage, enough to clear groups of weaker enemies and to speed up the killing of stronger monsters.

Another thing that helps augment the power of Primal Strike is bleeding damage. With a good amount of RR (through Devouring Swarm and Rend) the combined DoTs cause enemies to die very quickly. Of course, this is still a Pet build and most of the damage comes from your Pets, but you can kill stuff on your own. It’s particularly helpful to pick off those pesky casters and ranged enemies from afar.

The other thing is the buffs available through Inquisitor skills. Word of Renewal is very good for healing and offers a good deal of DA, some CC resists, racial damage reduction (Chthonics and Eldritch), increased damage against Chthonians and Eldritch, flat and percentage physical damage and Aether/Chaos resists. That’s a very good package that helps you and your Pets a ton. Aura of Conviction is also decent with its high OA and physical resistance, but Primal Bond is the smart choice. Inquisitor Seal also boosts damage against races (Chthonians, Aetherials and Eldritch), provides elemental resistance, health regen and flat damage absorption. Overall, Inquisitor is just an ally friendly class and Pets are computer controlled allies. I wish there was more support for Inquisitor in Pet items.

This build has some very clear flaws that can’t be fixed easily. First, Physical RR is scarce. Despite offering good support for physical damage, both Shaman and Inquisitor lack the ability to break through physical resistance. The mod on Inquisitor Seal helps a lot, but enemies aren’t going to stand still on the seal all the time (Lokarr, in particular, likes to move a lot). There isn’t much room to obtain physical RR from items. The best spot to get such RR would be on the ring slots, but it will require rebalancing of resists on the player and Pets. Bleeding damage and Devouring Swarm RR helps to compensate for the low Physical RR.

Second, using a two-handed setup on Pets always cost stats and strong mods. In particular, cooldown for Briarthorn is very long without Bloodsworn Codex. If you face a very strong enemy (let’s say a Celestial Boss) that is capable of killing your Pets fast, you won’t have enough time to recharge them. Celestial Bosses also have the highest physical resistance (minimum is 80%) and the RR is just 32% (Assassin’s Mark) + 18% (Inquisitor Seal) + 25 flat (Eldritch Hound). Without further RR support, it’s not possible to break through their physical resistance. Lokarr was quite troublesome because of this. I don’t recommend this build for killing any Celestials (Lokarr is doable, but quite annoying). Also, avoid Armored mod on SR at all costs!

Third, energy management is problematic. Low investment in spirit and no off-hand causes energy regeneration to be slow and the skills consume quite a bit of energy. You will need to drink energy potions. The only death i had happened exactly because i didn’t pay attention to my energy.

And fourth, no mobility. There isn’t a single slot available to fit in a mobility skill. You will need the energy button and the Pet attack command should never be underestimated. Commanding your pets to focus on a particular enemy makes things a lot safer because you are able to remove the bigger threats (Arcane mobs, as an example) very quickly.

This build is quite fun to play and can do SR 65 without much headache (assuming you avoided Armored), but it isn’t recommended for other end game activities. I don’t play Crucible so i don’t know how it would perform there, but i certainly wouldn’t expect much. In the end, it’s just a fun meme for people who enjoy unusual builds. Thanks for reading! Gameplay videos below. 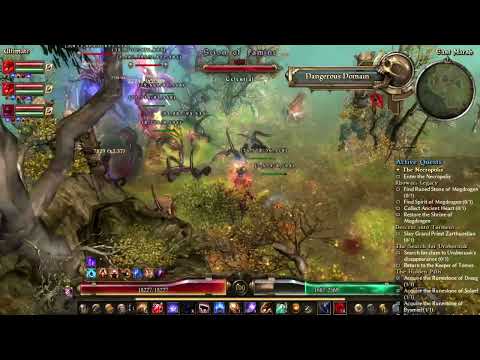 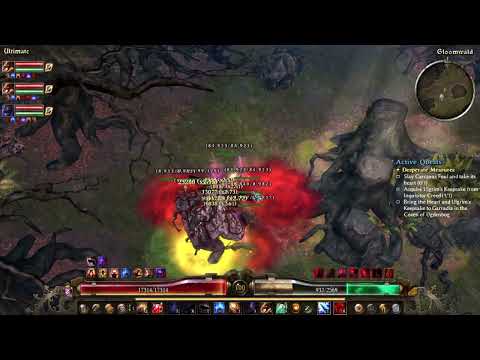 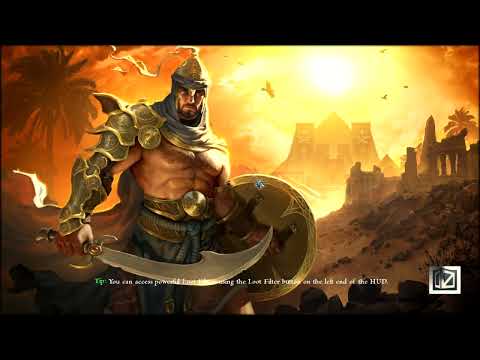 Woah, it’s kinda surprising to see people come up with very similar weird memes, I planned something very similar but for Archon, though I am still leveling the char.

A few different gear choices but base idea of beastcaller+ korvan weapon is there.

I’m lvl 78 with Sangvinar, hopefully I will get mythical version soon . Before Sangvinar I was using Troll Bonecrusher with savagery, which is probably better but decided to stick to Sangvinar as ranged is the intended build gameplay. Also since I implemented Grasping Vines I noticed my survivability increased a lot thanks to its cc. It also deals bleed damage and procs manticore like crazy. I’m liking it so much that I might drop savagery from the endgame build and go full in grasping vines.

Anyways, it’s good to see people not giving up on hybrid builds. Congrats on your char.

Archon is definitely great for this because of the built-in physical and bleed RR on Celestial Presence. I’m also going to do a Pet Archon at some point.

Your build seems pretty strong in terms of sheer offensive power, but the resistances are quite shaky so you will need to find a balance. Also, you are strongly leaning towards player power with Pet support while my build is mainly a Pet build with some player damage for long range support. One of my main targets is getting Ground Slam to level 17 as it gets the ability to taunt enemies which greatly moves enemy attention toward the Briarthorns. Things are going to be focusing on you a lot without taunt so you need to become a little tankier or have so much damage that things just drop dead before they can hit you. I hope you succeed with your build. Good luck!