Yes yes I know it doesn’t exist, but for interest’s sake I thought I would knock together a piercing pets build to see how far it goes.

OK, good start, but I wanted to give it a bit more thought

The only mastery which has a pet with out-of-the-box pierce damage is Shaman, with the Primal Spirit. At one point in the past the Briarthorn had it as well, as retaliation damage, but not any more.

(OK maybe not the only mastery … do the Necromancer’s ranged skeletons do pierce damage? I’m not sure, maybe someone can confirm.)

The only mastery which can provide a specific pierce damage bonus to pets is Inquisitor, with the Aura of Conviction. (Don’t know why I didn’t include Inquisitor in pet builds sooner because actually there are quite a few pet-friendly skills there including Inquisitor Seal and Word of Renewal.)

So, let’s go with Vindicator then.

Where else can we find pets that deal pierce damage?

I can only find two items. One is the Nemesis relic. But it’s a player scaled pet and the relic is more suited to Nightblade build so not sure how strong that would be here. I’ll try it anyway, but if it’s not so great then the good old Primal Instinct will do.

The other one is, strangely, the Blightshard Amulet. The Blighted Rift Scourge which it summons does a mixture of Acid and Pierce damage. So for amulet, Blightshard it is. Also it’s interesting that the pet has an area attack which has a 75% weapon damage component (more I think after the new patch). Am I right in thinking that % weapon damage on a pet will benefit from the flat +damage from radius skills like Aura of Conviction and Word of Renewal? If so, Vindicator is making more sense.

As for weapon, anything which is pet-friendly of course. Two handed would fit slightly better with Shaman. And as an added bonus if it is ranged and does pierce damage then it will give the toon something to do as well. Long story short, Mythical Silverbolt, you’re coming with me

Anything that converts to pierce damage for pets? No. Pity. So we are back at Beastcaller, for the extra Briarthorn. Nothing wrong with that.

Shifting Sands can go on the Rift Scourge. I thought of putting it on the Primal Spirit but it’s not up all the time and the CD is even longer after the new patch.

And of course I would be a bit thick if I didn’t get Assassin’s Mark along the way, for the pierce resist debuff. This is also helpful as it debuffs physical resist as well, and the pets also do some physical damage (secondary).

Honestly I thought the Rift Scourge would die all the time but surprisingly it lasts pretty well. Even in swarm situations like Monster Totems. It normally just sits there firing it’s poison/pierce artillery but also does the area attack from time to time and, I don’t know the details, but the mobs get cleared. On a few occasions the Briathorn got wiped off the map quickly but the Rift Scourge was still standing.

So, as of now, Mr. Vin Quillpet has just reached level 94 and equipped Mythical Beastcaller. I was eager to get 2x Briarthorns running around going bonkers, but was pleasantly surprised to see that the Mythical Blightshard lets you summon 2x Rift Scourges as well. Oh what fun I say.

See https://www.grimtools.com/calc/YNn8RrwV for the build. Sorry it’s not quite completed, didn’t add Augments/Components.

At one stage I was wondering if this is actually a good build, or if it’s a shitty build which is just being carried by +skills. Either way, still going strong. 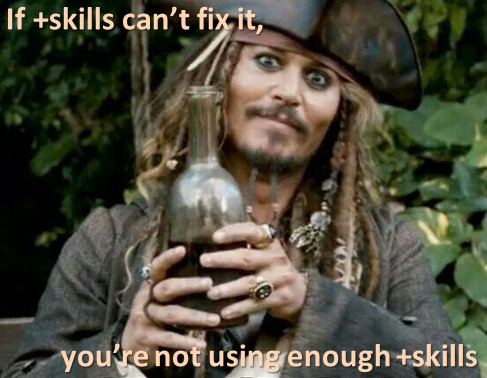 Your comments/advice will be much appreciated.

Thanks as always to Crate for an outstanding game in which we can plan, build, and have fun, repeatedly. And thanks to Dammitt for the grimtools site which is a massive help (and massive fun itself!).

Ditch the rifle stuff you dont wanna draw aggro to you unnessecary. Get Ground slam to 17/12 it becomes better aggro that way (taunt)

Also Zarias amulet and another belt

uhm… you aren’t really dealing much pierce dmg are you, since, well, there is no pet conversion to pierce dmg…

looking at it you’re dealing more phys, bleed and elemental than pet pierce ?

I’m not completely sure about how some calculations are done so this is an honest question to help me understand. With your OA are the two devotions you have going to be proc’ced enough to give that Pierce ‘Advantage’ to your pets?

nope, the devotions should be bounded to the pets because they will have high enough OA (hopefully). Same with gloves, they will never proc so use Everlings or Iron Grips instead Maybe

Same with gloves, they will never proc

the granted skill always felt weird to me
like how many pets build get enough OA for it(or other pet scaled pet summon crit/death procs), unless it’s like something super lucky like devo trigger skill “accidentally” critting as it ticks away on trash ex CoF/Swarm

think the highest i’ve gotten was near 2800oa, and usually i see pet builds with a heckuvalot less

like how many pets build get enough OA for it

You will always have a 60% chance to Crit even with low OA. So technically, you don’t need to go out of your way to get more. Since the proc has 100% chance on crit, it is still pretty decent compared to “on death” procs…

Maya is drunk and playing fwuffy I see

Oh yeah, nvm… I haven’t looked at OA/DA in a while…(last time was like 7-8 months ago) thought it was Crit…

PTH applies to the fluffies too tho

PTH applies to the fluffies too tho

It would be nice to upload your Grimtools from the game itself, to see if you’re missing on stats / resistances.

First thing is yes, no CDR on your Weapon means that it takes forever for Primal Spirit (your only real Pierce pet) to go out and do anything. Secondly, your Blades of Wrath relies on your pets Critting, and your build only has 21% pet Offensive ability. I would recommend at least double that for your Briarthorns to have a real shot at applying Critical hits.

Thirdly, it would mean giving up Silverbolt, but Salazar’s Blade’s RR Aura also gives 15% Pierce RR for some reason, so if you want to continue with the meme, it’s a nice option to consider.

Fourthly - having 2 Energy regen before components and augments means you’re going to have a terrible time doing anything without constant Energy potions, especially when buffed Primal Spirit + Call of the Beast is the source of your damage.

I once had a rainbow damage Deceiver that did the same thing with using Seal + Aura of Conviction, and it turned out that Primal Instinct had nearly as much Pierce damage as Acid damage from BoD once all the damage bonuses were added up. It wasn’t a particularly good build, but a nice change of pace from more standard builds.

Is this a typo? General Discussion

Is this a typo?

Interesting question. I will tell you how much 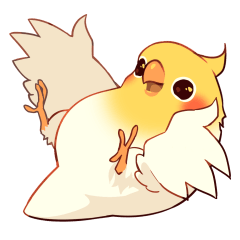 Yes.There is too little equipment to support pet piercing and aether damage…In contrast, the chaos is only a little better than them.At least one forgotten desecrate covenant,of course it’s not so good, but it exists, there is a whole set of equipment

upload from the game itself? would you look at that …
here is the current build: https://www.grimtools.com/calc/qNYpJ74Z

always an opportunity to learn something new

Hi All,
Thanks for the comments,
Serves me right for pushing a themed build which does not have much direct support

Nonetheless, it’s good to test boundaries once in a while, and it was quite a lot of fun while it lasted