Are you ready for another strong Chaos build? Are you ready to spell doom on your enemies? If the answers are “yes”, then welcome. If “no”… Ah, nevermind

. Take a seat and hear my story.

Rahbinger (or Harzin) is an old, powerful build archetype that utilizes two full sets at once - The Harbinger’s Message and Rah’Zin’s Torment. They are good by themselves, but together present an astonishing combination. Heavy-hitting Doom Bolt, great Touch of Chaos as a filler, tons of Chaos Damage and RR, amazing procs - everything you ever need for a great Chaos build. You can kite and take enemies from afar if needed, or just facetank most of the encounters. No wonder it got my attention

I decided to make Witchblade because it is one of my favorite classes in GD and to fully utilize Rah’Zin’s set mastery combination. Nightblade is not suitable for Rahbinger at all, leave Witch Hunters for DW Melee playstyle.

The results are pretty good. Build feels comfortable to play, with great damage and decent survivability. Even my sloppy gameplay did not spoil endgame beating

Abomination + Dying God destructive combination, Hydra, Kraken, Ghoul - the most enjoyable Devotion tree is possible thanks to flat RR and DR from sets. 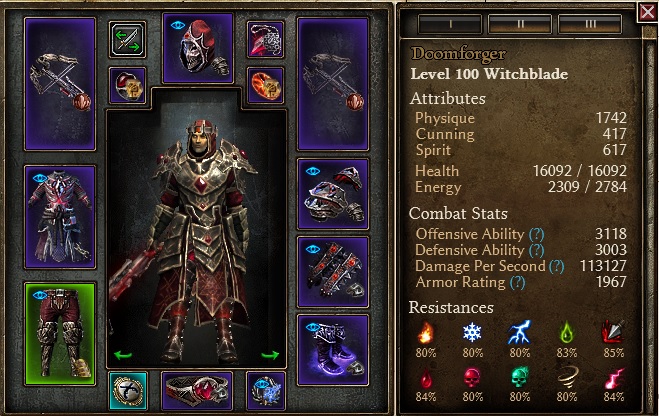 general stats, only passive buffs and Blood of Dreeg are active. Damage Per Second is for Touch of Chaos 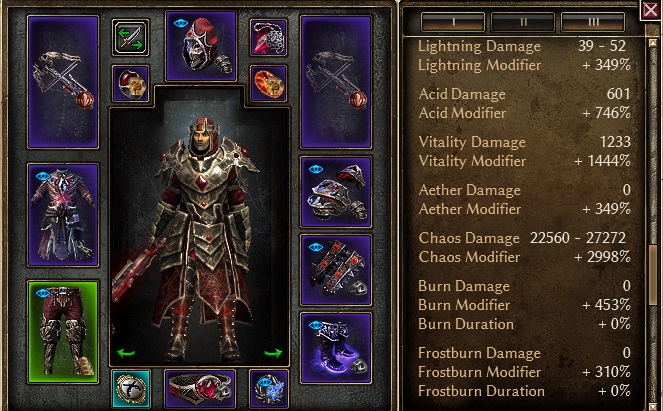 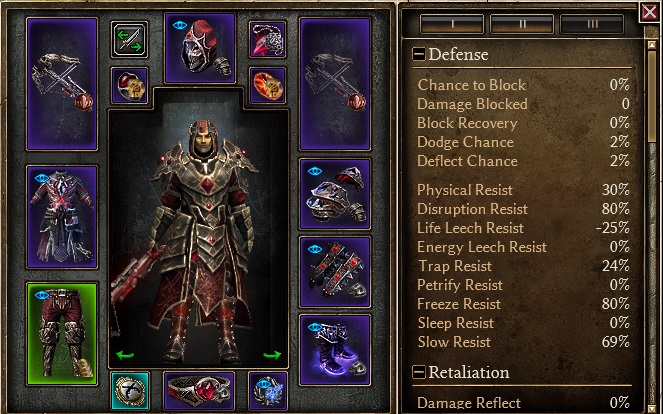 . Because it is an AA build with DB as a nuke, I tried to make WPS skill pool full to the brim (99% only unfortunately

If you got pants with %Freeze and %Stun Res on them, craft with whatever you want (my helmet has %Physique and chest does not have any crafting bonuses

). Or Reduced Stun/Freeze Duration (bonus is provided by Malmouth blacksmith in Steelcap District).

About Resistance Reduction. Total amount is ~133% (-25% from modified CoF, -20% from Harbinger’s Mark proc, -10% from Voidheart ring proc, -8% from Combustion Band proc, -35% from Solael’s Witchblade devotion proc and flat 35 from modified DB) plus 20% from Touch of Chaos, so it can vary. For Chaos it is huge

. No problems so far with Nemeses and SR bosses (except my reckless playstyle

. Position yourselves properly so that our ZT and Volley pierce as many enemies as possible in one line (AoE is not the strongest trait of this build). Sometimes you will need Energy potions. 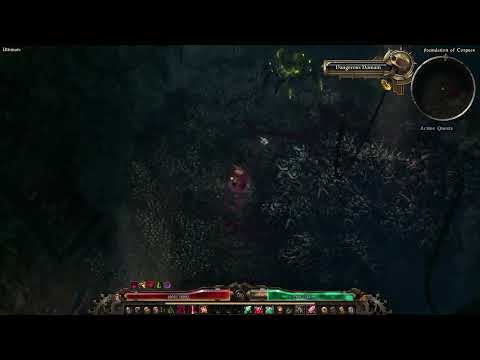 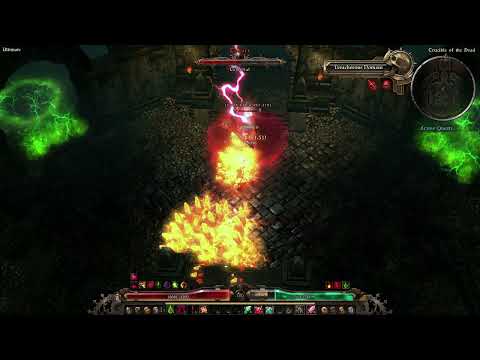 Kra’Vall (its followers can mess our targeting). 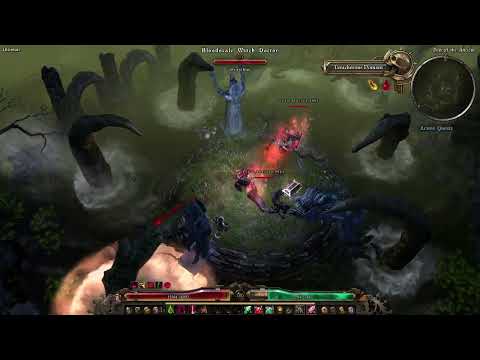 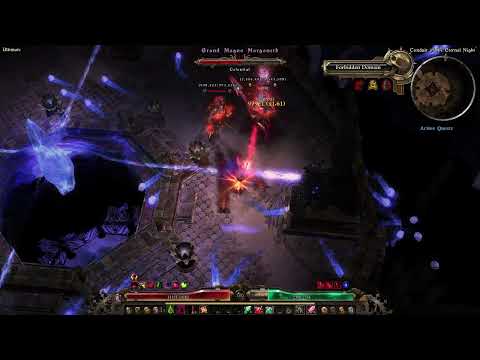 Clones of Bourbon (chugged almost every potion just because I can 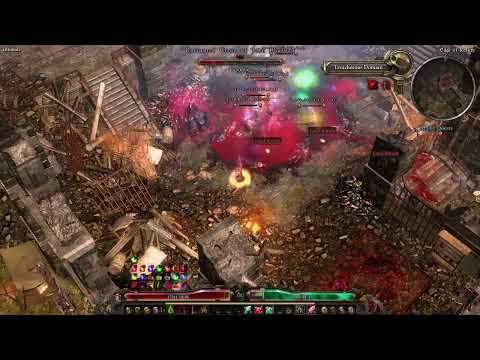 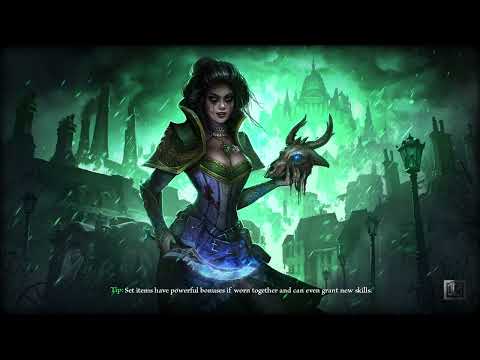 Avatar of Mogdrogen (potions and some Fire+Lightning augment swap, shown in video. The boss is blind, his minions are sometimes annoying. No Aether Clusters, occasional healpots) 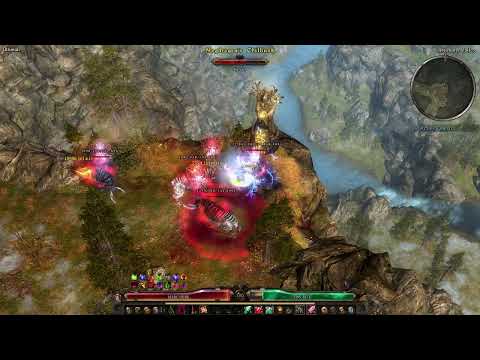 Ravager of Minds facetank (potions are in the video, no Aether Clusters, occasional healpots). 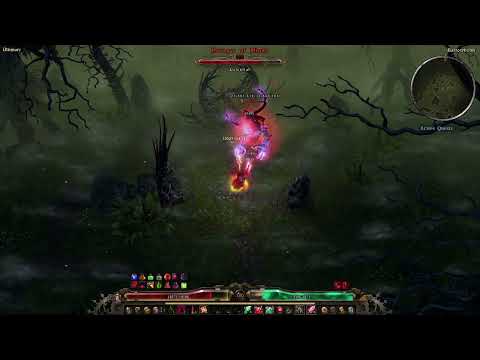 Callagadra with kiting (Pierce augments swap and potions are in the video, no Aether Clusters, occasional healpots) 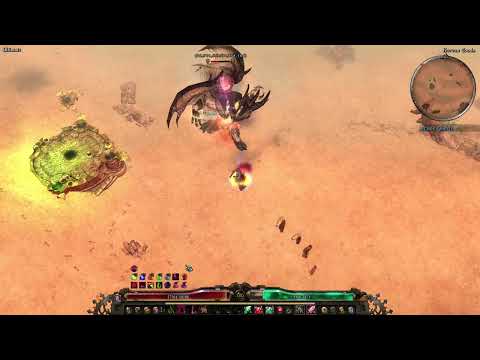 Since the build is great at single-target damage and not so much in AoE, why not kill Crate itself?

(potions are in the video, one tactical Aether Cluster, occasional healpots) 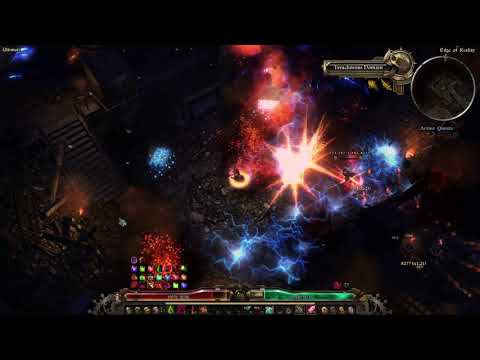 Hope to make more build topics in the future. For now, though, have fun and thanks for your support!

A question to HC enjoyers from a casual SC fan. Since the build has 0 deaths (shown in Crate and Bourbon videos), can it be considered as “hardcore-viable”?

I would say yes (with moderate HC experience).

Maybe not beginner HC but HC should be definitely viable in my opinion.

Glad you liked it

. However, this is an endgame build and its core items must be 1. Obtained and 2. You need to reach lvl 94 to use them. Use the guide of @RektbyProtoss linked by @tqFan, that is a good starter Chaos build to farm dungeons/totems/low SR levels.

Get at least 4 items of Rah’Zin set and 3 of Harbinger, so you can transmute them into full sets after completing this quest. If you are lucky, blueprints can drop so that you can craft them.

Rest of the items are farmable (pants from mobs mentioned here, relic has two lower level versions - Gunslinger’s Talisman, blueprint buyable at the starter area, and Marauder’s Talisman, sold by Hyram after completing this quest) or drop randomly (in this case just fill empty slots with whatever you find valuable: items with Chaos damage, resistances etc).

I farm SR 75-76 only for loot (if the build is weak by my standards - 65-66). It can beat SR 80, but I only visit it once to unlock farming range. Not interested to go higher, there are no rewards except for bragging.

Melee Rah’Zin WB is also great (but I doubt it can beat Crate, or even Callagadra, the rest is manageable). Deceiver may be another option for Rahbinger because of RR and ranged support.

Yes, Physical from the start, switch to Chaos after reaching Bastion of Chaos. Not recommending, just listed as a possibility.

Yes, Physical from the start, switch to Chaos after reaching Bastion of Chaos.

You mean Obsidian War Cleaver? It does not have in-built Physical-to-Chaos conversion, just some flat. Also, with Consecrated Blade modifier of Solael’s Witchfire, Chaos component and Void-Touched prefix you can get 78% maximum conversion. Up to 12% can be found on some Legendary amulets, but they drop randomly. Unless you get lucky Obsidian Juggernaut, this method is not as effective as usual Physical FW or melee Chaos, be it S&B or dual-wielding. Playing memes from the start can be fun though

Add conversion from Abomination to that and you complete the meme. Maybe you could vendor farm Obsidian War Cleaver for some good Chaos affixes.

Yeah, forgot about that

You won, that seems to be the most suitable leveling for this build. Also the weapon are accessible early.

Pretty nice build. Just did sr 65-75 in ultimate to unlock the 75 checkpoint. Strong bosskiller. I haven’t tried it in crucible yet. Need to level up the devotions more. Does it matter which skill i link to the devotions? That make any difference?

Does it matter which skill i link to the devotions? That make any difference?

Main RR devotion is usually bound to your main attack skill to have better uptime. For this build - since you shoot most of the time, Eldritch Fire is bound to Touch of Chaos. Abominable Might synergizes well with Doom Bolt. And CoF is decent enough for Hungering Void. WPS skills are not great for devotion procs (except for Inquisitor’s Storm Spread) and Amatok’s Breath requires you, the ranged build, to charge in crowds/bosses. Even though 99% of the time Ranged = Melee in GD

Hi @Willnoword , I was wondering if you’d be kind enough upload a save file for this build. I don’t have a lot of time these days so it would be nice to see how the build is before assembling one myself.