I’ve been building and playing MP as of late, thinking of teams that can press SR or would just be memey fun. I put this team together bypassing conventional wisdom just a bit, conventional wisdom for team play being as many classes as you can get for skills and unique stackable sources of damage, rr, buffs, etc. But, at the same time my general experience in single player is that more pets edges out fewer more powerful pets (to a degree, so long as the more pets build isn’t sacrificing resists, damage, etc). It has been my experience that one powerful briarthorn is not as good as two average briars. One more powerful bird is not as good as two birds with the full Bysmiel set. That’s just been my experience in the game, most of the time.

With that in mind, I sacrificed a few classes in this team build for more briarthorns. That is more strong pets at the expense of fewer even more powerful, more buffed pets. Could my experiences in SP translate to MP, where the loss of a class or two can be compensated for and then some by MOAR briarthorns? Well, we’re still early in testing, we’ll see where this team hits a wall, but S̶R̶1̶5̶0̶ *edit - SR175 down and done so quite comfortably at the time of this writing, so far.

Also, while these builds would do “ok” in solo, some do not have their resists up fully or are missing out on normally used skills as other members of the team have those skills. You’ll see three shamans in this team, but only one with Mog Pact, only one with briars that have emboldening presence, one uses devouring swarm for rr, one uses wind devils, etc. Also, while all pets are getting the same team auras, the three sets of briarthorns all do different damage types (vitality, elemental, physical). Some toons are lacking acid / poison resist, aether, chaos etc. as the team has numerous sources of that as team buffs, when together resists are all a-ok. But alone, any of these toons can be a little lacking.

The team:
Kotoha Miyamasu - Conjurer - This toon’s job is to be the pet and DPS anchor. Lots of rr, team buffs, lots of pets with high HP. This toon rolls up it’s sleeves and gets dirty.
(why two GT links? Because I built it how I envisioned it, the pilot playing the conjurer is a builder at heart… can’t blame him on that… and made his edits

Six Pack Storm Briars - Druid - Adds two more capable briars, buffs, resists. Not as much DPS as the conjurer, but this is no slouch in dishing out the hurt on the team.

Six Pack Fiizikal Briars - Elementalist - Don’t let the class fool you, these briars have no conversion and lay down the smack via physical damage… and of course the many layers of differing damage types from team auras. 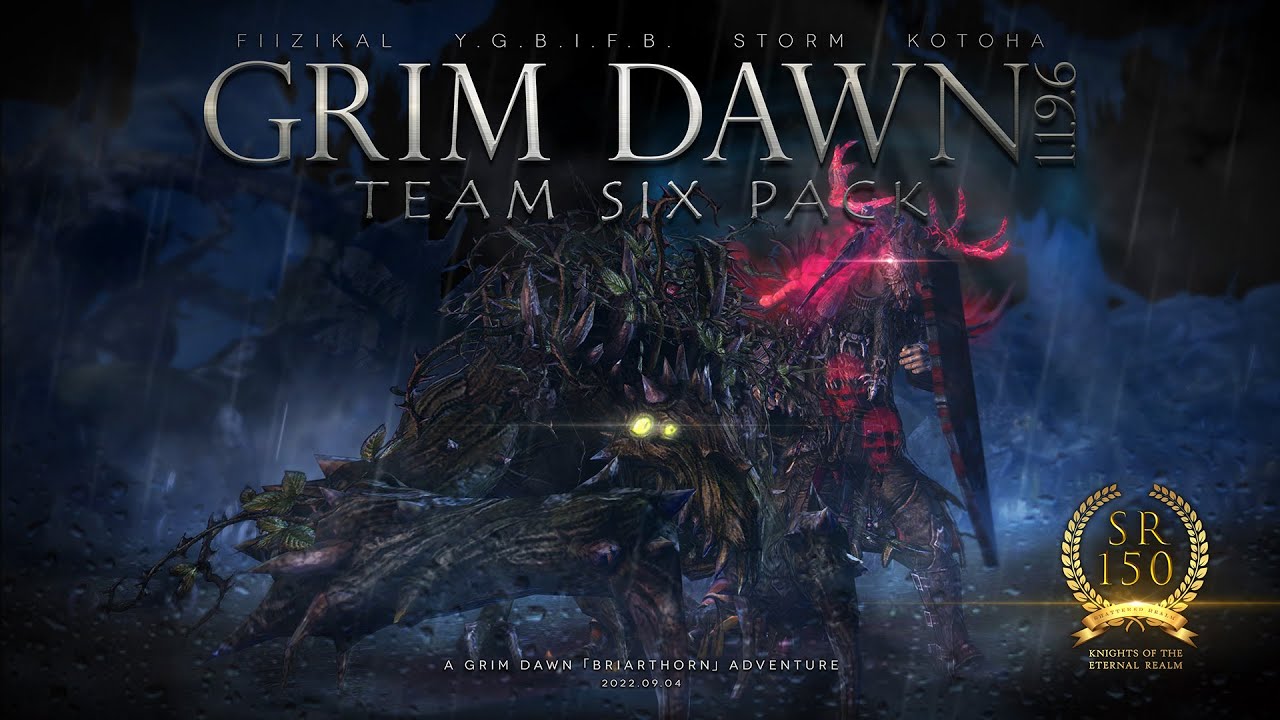 ) the briars and other pets devoured hordes and nemesis bosses in SR175, SR180 this past weekend. (THAN…

Awesome team, super fun to pilot. Thanks for having me onboard

I am a total noob at piloting/theorycrafting pet builds, but it was still a lot of fun! Thank you very much again!

I’m new and have a question. What order should I be putting skill points into skills? I feel like I’m weak for level 25. I have been putting 1 point into most skills and just trying to level up the bottom bar to unlock more skills. Thank you

The builds in this thread are really meant to play together as a team in MP. If you have a question about your build I’d suggest making a thread and posting a GD Tools link so people can see the class, gear, skills, etc. and give you pointers. *edit But, to be played in SP these really are just a few augment changes away.

*edit - If one of them is of interest a 100% SP viable version is only a few small tweaks away… just really have these aimed at buffing each other and beating up some bosses in SR as a team. Need to be efficient when using teh same class over a few times.

Welcome to Cairn! Generally, resistances are your first line of defense, so you want to keep them as high as possible to stay alive. As for skills, you should focus on just a few of them, so that you are not spread out everywhere. Like Skelemental suggested though, post your GrimTools build calculator in a new thread so that people can see what you have done and can give you tips and advice from there. Good luck and have fun!

) the briars and other pets devoured hordes and nemesis bosses in SR175, SR180 this past weekend.

(THANK YOU @WeaponZero for creating the vid!) 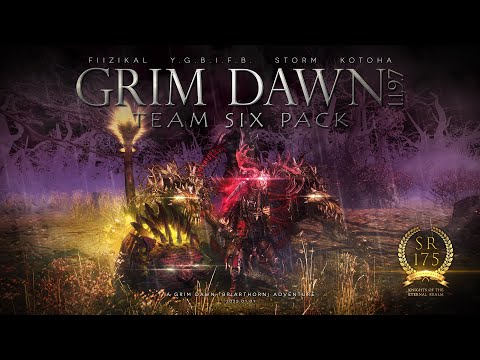 The toon builds are largely yet as above. Going forward the support toon will likely find a new helm and a few minor tweaks. We have our crosshairs set on higher yet SR, SR200+ being the ultimate goal and fun challenge for us as a team.

As always, it was a blast playing with @WyreZ @desioner and @WeaponZero. One of the great things about this game for me is playing it with people from around the world, collaborating and building together in this sandbox. This team works well together as it was built from the ground up to be played as a four player team relying on each others’ auras to survive. But, with a few small tweaks any of the pet toons is viable single player too. This team benefits greatly from continuous healing from devos, the support toon, and the life steal provided from the Wendigo totem and the 3x Salazar blade pets.

Captured from the Druid in SR, those couple of spicey briars and primal bugs putting in DPS work, the stacking layers of buffed auras for the team really adding up: 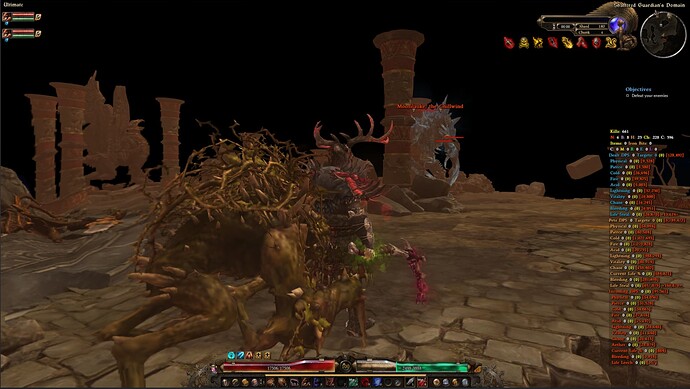 Now that we’ve spent some time piloting this team, some thoughts on it:

What has gone well up to this point:
I’m impressed by the DPS and ability of the pets to take on large hordes and grind them down. With so many pets out there, generally speaking they do a great job of keeping aggro mostly away from the squishy pet casters. I find this to be a big strength for us given how hard enemies hit this high. Overall survivability has been good so far.

What could use improvement / is a weakness to this point:
This team relies very heavily on each other to survive. Any panicked peeling, just one toon getting out of that 15m radius from one another can totally break the team’s defense. Piloting this team is a bit different than other teams.

More safe spaces! That is, more seals on the ground. Three is ok so far, but finding a safe place to run to while the Inq Seal spell cools down and recharges is getting more challenging for the team. When a huge horde of 15 star bosses accompanied with 50 enemies is closing in, or Maiden is locked on aggro, it’s good to have places to jump / dash to, good to have more options than the support toon currently offers.

That’s it for now, I believe this team has more to give and we’ll have higher SR incoming in the future.

) the briars and other pets devoured hordes and nemesis bosses in SR175, SR180 this past weekend. (THAN…