This is a 2h vitality ranged oppressor based around Mythical Soullance weapon and Crown of the Revenant King helm.

This build has been on my back burner for a while, but the passthrough changes a couple patches ago as well as major buffs to the weapon finally made it viable. Went back to it and polished it a little; results are shown below. 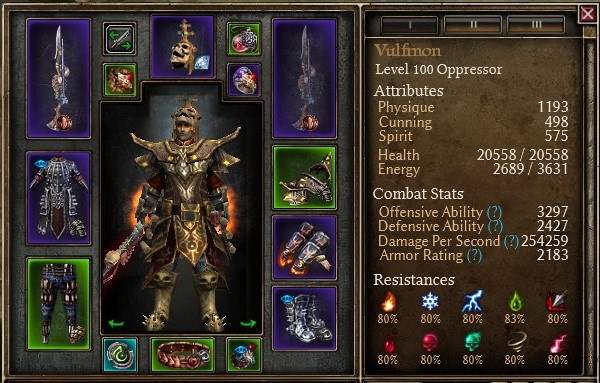 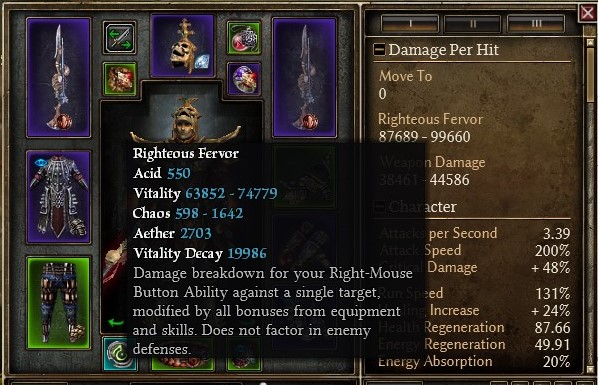 DA and physical resistance are both comically low, but this is compensated by insane lifesteal + large health pool. Smart use of Mark of Torment is needed for tougher fights: with the skill mod from the gun, you can tank pretty much anything when it’s up.

I think that’s all.

Gloves: If you manage to get a bonus to RF on the medal, then the BiS option is Valguur for more chaos to vitality conversion. Otherwise, Gauntlets of Ignaffar are needed to reach RF 9th charge.