Could you please also test if resist reduction (leading to negative physical resistance) works as damage multiplicator before armor is factored in?

It’s the game that keeps on giving.

I can (anecdotally) confirm two things between your post and the bottom of this thread (because by god am I not rereading everything above from two years ago) :

Target Dummies have a very unpredictable, if not outright variable, armor value.

If I redo the calculation I made above on Ultimate and without 20% Phys Res on the dummy: 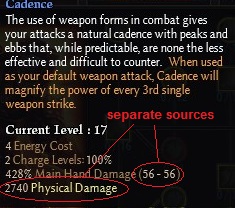 Checks out perfectly with 1655 i get below: 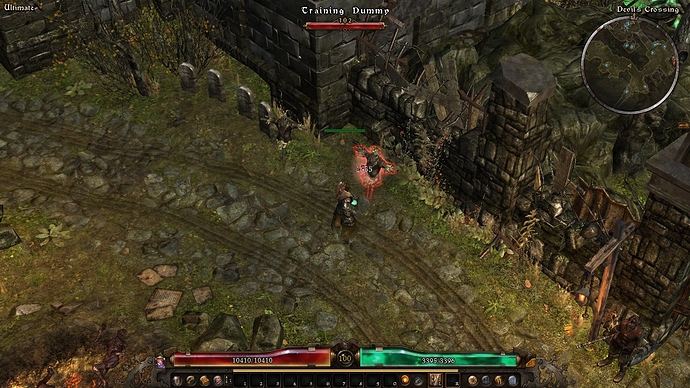 So don’t shoot the messenger…but yes, armor is the last step for physical damage.

Programmers telling me this straight faced like I was not told the opposite last time, but your results and what happens in the code confirm this to be true.

Certainly makes what I said about this 2 years ago seem a bit stubborn, but I will fully admit that my answer to this previously was in fact incorrect. The Game Guide will be corrected.

The way I think about it is that both Physical Res and Armor combined are stronger together than it was thought before.

Or am I not seeing something? (also disregarding possible other order of defense errors)

@Maska322 What’s count is it that we learn together and that the game’s being improved.

The GD engine is its own Eldritch entity that no mortal can truly comprehend.

The way I see it, the value of armor just increased with this knowledge. As an example, let’s assume you’re taking 1000 damage and have 20% phys resist and 500 armor with 100% absorption.

So relative to how we used to think things were mitigated, armor is now more valuable than previously assumed

I don’t think you can separate Phys Res and Armor connection.
Because I might as well say, that Phys res was reducing 100 damage in 1st case
and now it’s reducing 200 damage so Phys Res works better now.

Does this make the armour reduction on Maul more valuable than it was perceived before then? Of course, in practice times and results are still the final deciding factor on it’s worth but on paper, it would be enticing for high armour targets on a largely Physical (minimal Trauma damage) damage build. Especially now that converted Physical no longer ignores Armour as well.

when we say “last step”, how much last step?
same rank as flat absorb?
or before % and flat absorb but just after resist/“phys res-armor swapped from previous order”?

IMO, better than perceived, yes. But the effectiveness of armor reduction would already be showing up in cruci timings, so it’s really just a perception change.

As TQFan mentioned, the biggest takeaway is that the relationship between phys resist and armor is “stronger” than before, so it’s more sensible to invest in both rather than just stack one at the expense of the other

I think it’s enough for me for today.

On second thought, I just took a look down the list of Bosses and Nemeses on grimtools and very few have above average base armour. Unless I missed one somewhere or there’s an armour buff that someone casts on nearby enemies, it’s just Callagadra, Ravager, Mogdrogen, Iron Maiden and Ulgrim. Which kind of surprises me, I would’ve expected certain Bosses like Azaleon, Steward or the Ruined Temple trio to have high armour in addition to them having high Physical resistance but they don’t.

Other than that, I suppose there’s the chance of enemies equipping gear with +% Armour affixes and mutators to lower/increase player armour or lower enemy armour.

Would explain why armour reduction isn’t useful in Crucible then - only Maiden is a concern and mutators for enemies can only lower their armour instead of raising it.

It makes phys res more important if you have a lot of armor because it means that leaving its value in 0-20 will result in increased damage input after mob’s RR (so nk armor might not save you as it usually does) and because after a certain point its easier to increase % phys res than stacking flat armor.
It also makes full absorption armor even with low value more important for characters with 80%+ phys res. The obvious problem here is that there’re very few builds with such phys res value.

Pet builds can easily get high amount of Physical Resistance (especially conjurers). Yet, I have never bothered with Armor or Armor Absorption and whenever something would end up killing me, it is always some other form of damage.

So, personally, I have never considered it important.

Note: I understand that with Zantai’s revelation, armor’s value just rose up. But other than against specific bosses that deal almost exclusively in physical damage, the value of armor in comparison to other defensive measures hasn’t changed in my eyes atleast.

Note 2: Could also have some bias in my observations due to being a pet build and not having to tank enemy AA, resulting in most of the incoming damage being spells and AoEs, which tend to be non-physical.