[Feedback] Can Invoker's PRM damage split be fair now that Lightning damage has been heaviliy nerfed across the board?

I have already made this thread in the past. For those who doesn’t know what the topic is about, it’s about Invoker’s set. Here is the damage breakdown of PRM with the set: 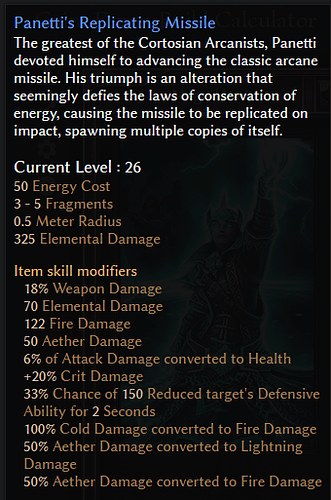 Damage split is uneven despite set being bi-elemental. Here is the PRM’s damage breakdown on a Mage Hunter geared for Lightning damage and with fully Lightning devotions: 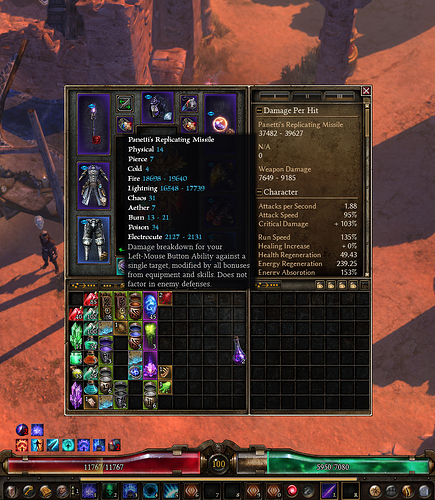 From what I have understood it was Zantai’s way of balancing Fire and Lightning PRM archetypes because of how much stronger Lightning was. Now that Lightning damage has been heavily nerfed (again) - RR removed from Corruption and T3 devotion procs nerfed I suggest making the damage split even and making set properly thematical.

As you probably know I made Lightning PRM Mage Hunter build, one of the most consistent and strong casters around. 1.1.4.1 hotfix now splits Aether damage into Fire and Lightning (was 100% to Lightning before), which is fair. But it seriously gimps Lightning PRM builds since they are getting a much smaller cut of overall PRM’s damage (Cold damage is still fully converted into Lightning). I have just tested it few times, and performance dropped and with it dropped sustain. I suggest splitting Co…