Welcome back to Grim Misadventures! We last left you off with an overview of everything that’s been added to the game in 2014 (it was a big list). But now we must look to the future, the near future! Those already indulging in Grim Dawn’s savage world have had a few weeks with the first chapter of Act 3. But did you know that there is a 100% chance that a second chapter will follow the first?

That’s right, the gates to Homestead will not remain closed for long, and the despicable Clone of John Bourbon will move on to haunt new gates. You may have already caught a glimpse of what lies ahead by peeking over Bourbon’s shoulder, but much has changed in Homestead.

Homestead as You Know It 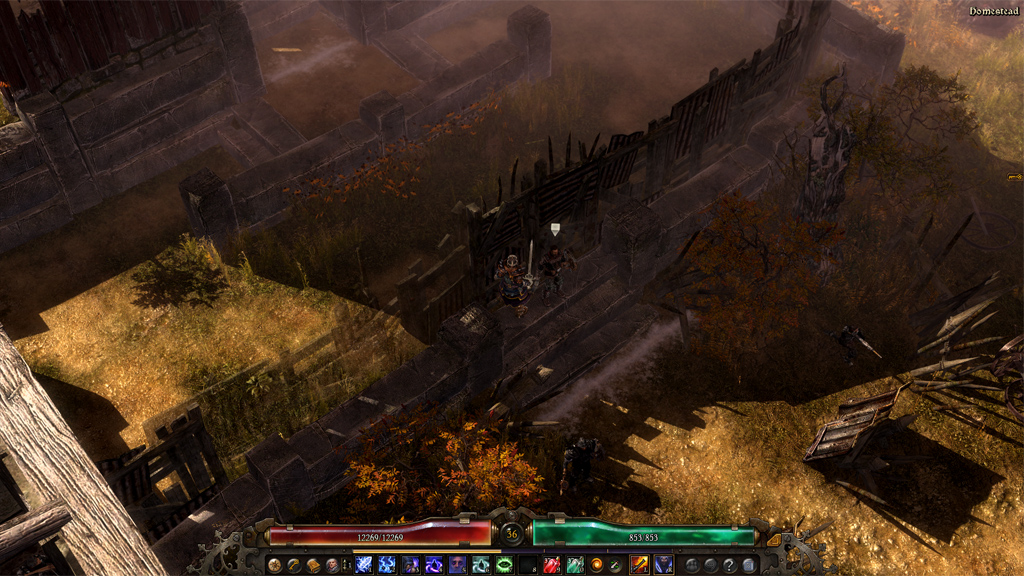 Our artists have been busy polishing up the ramshackle sanctuary, turning it into a bastion where humanity has withstood the forces of the enemy. As you enter, you will be greeted by banners belonging to the lords of war, the Death’s Bannermen, the Black Legion itself. These defenders of the empire may well be the last thing standing between humanity and utter annihilation at the hands of the invaders. 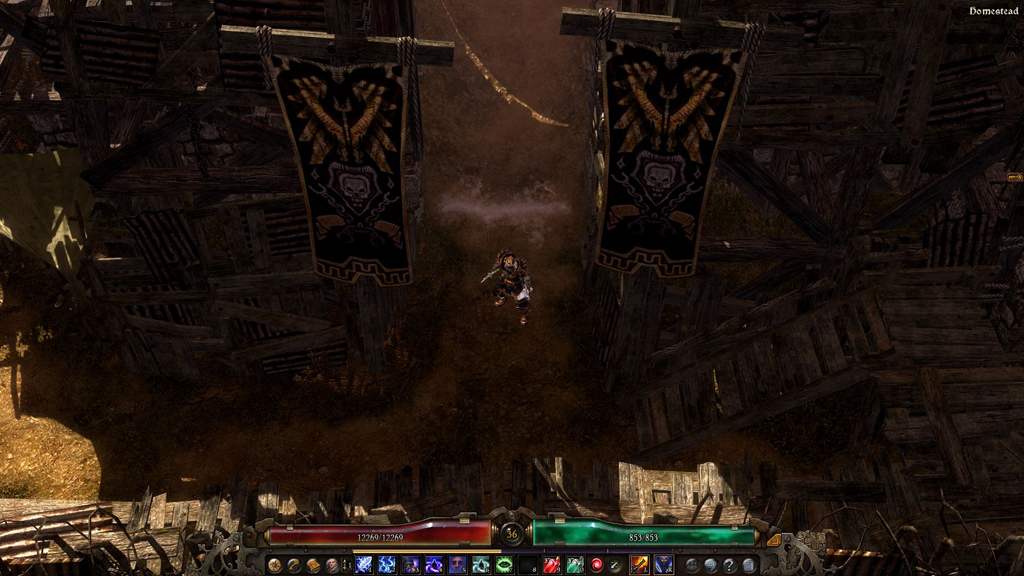 While Homestead is well-fortified, much of its structural integrity is still in shambles after recent attacks. Some buildings are completely run down and require repairs. Only with your assistance will Homestead be restored, as you may have done with much of Devil’s Crossing. 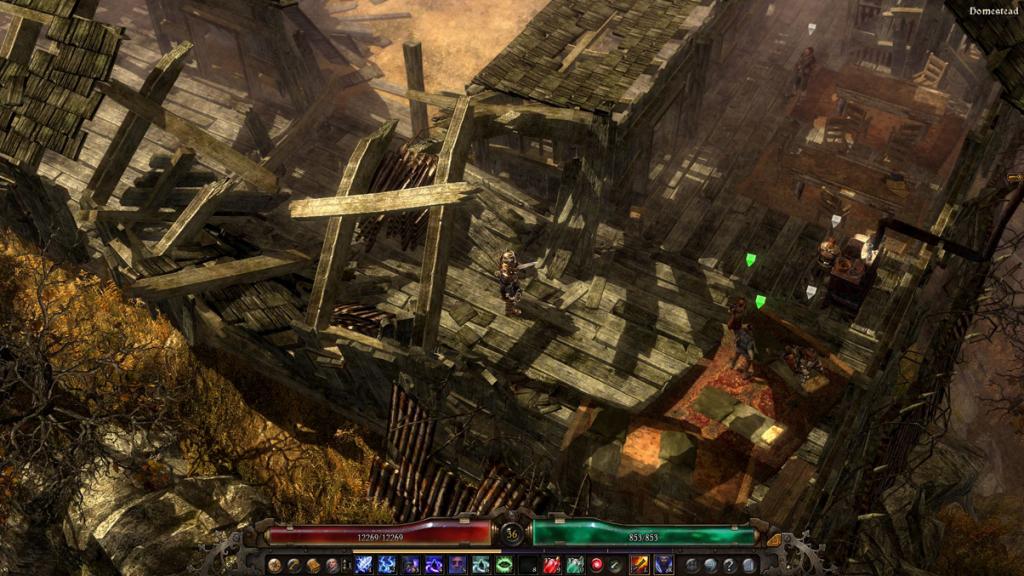 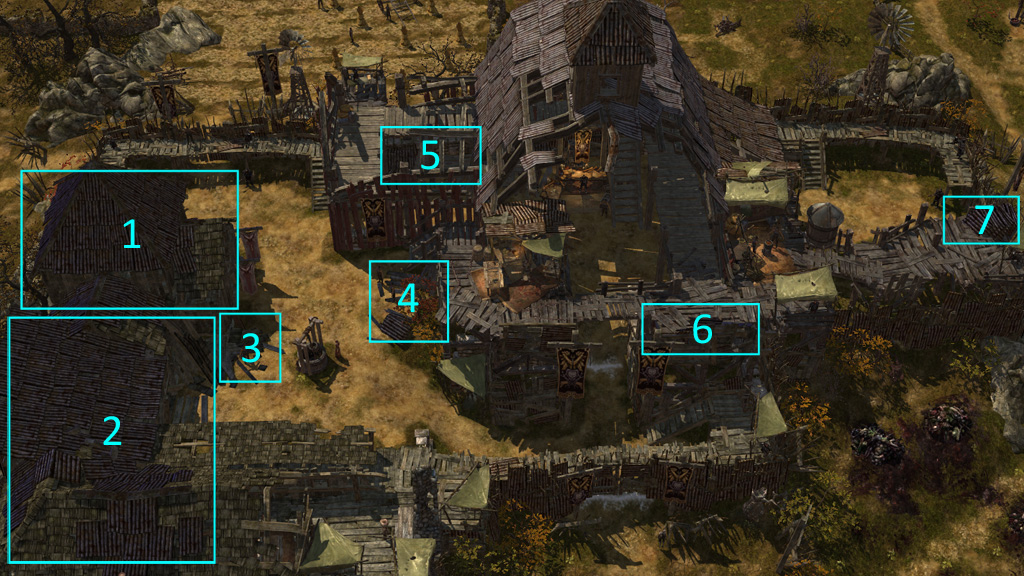 The Black Legion is calling all able-bodied citizens to defend Cairn. With threats in every direction and the Legion’s forces spread thin, you may well mark the difference between survival and destruction. 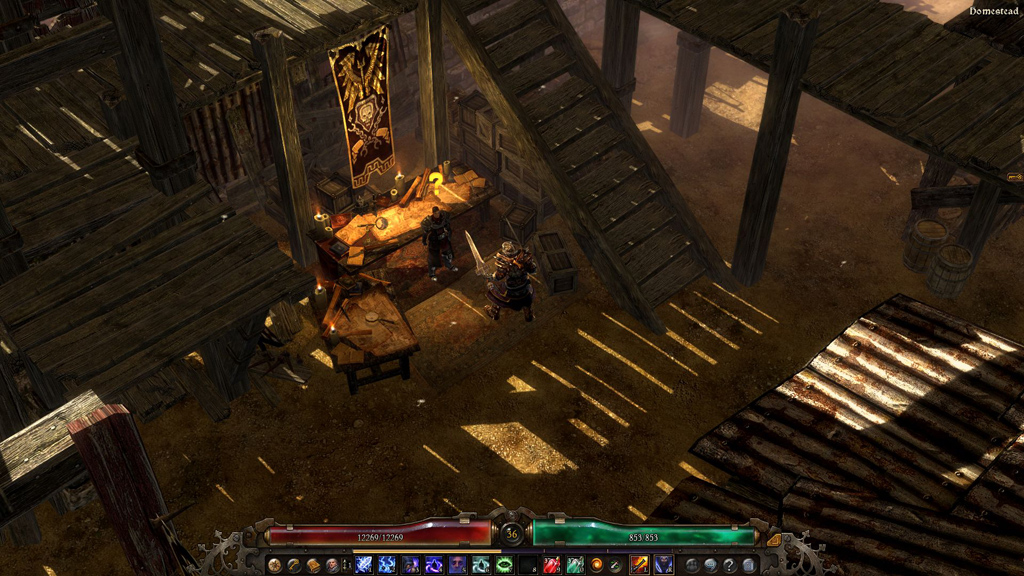 You will encounter faces new and old as you engage with the enemy. What part do they have to play in the events to come?

The doors to Homestead will open when Act 3: Chapter 2 is released with Build 24, which is expected to enter testing in the coming weeks.

Like knowing what’s coming up next for Grim Dawn? Check back on 02/02/2015 for our regular development updates!

Looks awesome! Thanks for the update.

especially with a saboteur

so far it looks amazing

Excited last build was great. Specially with that new Boss in the farmlands area.

especially with a saboteur

so far it looks amazing

Wow awesome post! I’m really looking forward to getting stuck in and helping those guys out

When the next build becomes available will we always start off in Devils Crossing when we die and or load the game, or once we’ve got to Homestead we can spawn there instead?

ohhhhhhh but do tell more?

I really love the architecture and the shape of it. The room with the 5 NPCs looks cozy and lively, the Banner is finally revealed and Nigthy Night has been working out.

I’m really curious to see how much more awesome it will look when all quests are completed.

yes Homestead looks great, happy to see that the big city of the game will definitively looks unique. great work !

Any preview info on what the 7 areas are we need to renovate?

cant wait to get my hands on this, admittedly i havent gotten above 33 on the game yet, too busy trying out different builds and loving it, i havent even finished Act2 yet lol.

We’ll have to wait more to meet captain Somer

I hope it will be released in February

Awesome! (Get that door open already!!!)

Does that mean the focus will be shifted from devil’s crossing to this new Homestead central area?

Will there be quests still taking part in previous Acts that correlate with the new ones in some way?

And stop with all that Devotion this Devotion that nonsense. We all know its a scam

I would like to compliment crate’s art/modeling department this looks amazing!

When the next build becomes available will we always start off in Devils Crossing when we die and or load the game, or once we’ve got to Homestead we can spawn there instead?

Been wondering about this myself. Was hoping we’d spawn in Homestead and Devil’s Crossing would be overrun by monsters.