Grim Misadventure #94: Something Stirs within the Shadows

Grim Misadventures continues! Modding tools are coming posthaste (by the end of this month for sure). The documentation, which will provide a basic intro to the game’s various tools, is now ready and we are working on a few more final details that need to be resolved before we can hand the tools out to the public. Needless to say though, we are excited to see what the community is going to do with them.

But there are darker things happening within Grim Dawn than the modding tools. As the world of Cairn crumbles, something stirs… 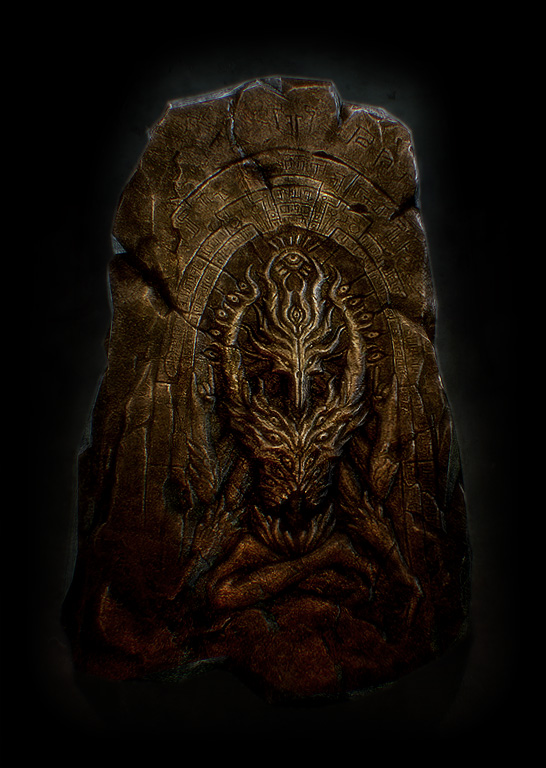 Little is known about the Witch Gods, but that is precisely how the Three prefer to operate, from the shadows, away from prying eyes and the heavy hand of the Empire. The Inquisitors are well-versed in sniffing out followers of the heretical faith, but even they have not been able to completely eradicate what is widely considered a danger to the integrity and well-being of the nation. But that is the rhetoric of the ignorant, of those afraid of what truths may lie within the shadows.

Then there are those who had witnessed the power of the eldritch realm, and the gods that reside within. They are the raving thralls of Dreeg, the power-hungry worshippers of Solael and the scheming followers of Bysmiel. To them, the Empire only seeks to obscure the real truths, to silence them from spreading the message bestowed upon them by the Three.

With the Empire in shambles and the world forever changed by the arrival of the Aetherials, something has stirred within the eldritch realm. And as their hour nears, thousands of believers worshipping in secret await the call when at last the Witch Gods rise from the eldritch weave and reclaim their world.

The Luminari can no longer stop you, the Empire cannot condemn you. And if you seek out the Hidden Path, you too shall lift the veil that blinds you from the darker truths. You too shall learn of the Witch Gods.

Like knowing what is coming up next for Grim Dawn? Check back on 04/18/2016 for the next Grim Misadventure.

Nice! Was hoping something would come of that! Was playing multiplayer recently and a buddy saw that insignia and asked me what it did. I told him nothing “yet”. /notletdown

Though, I am also keen to know if there are any more upcoming balance fixes.

I still have to level my first character to 85 and finalize him and soon there will be more content that’s gonna be added!
Just wow!

Love it. Can’t wait to see what you guys have come up with.

Sometimes I wonder what’s the point of a great story, while it will all end in pew pew ?

Sometimes I wonder what’s the point of a great story, while it will all end in pew pew ?

Pew pew?
That is a new term.
A story matters for any ARPG. Especially since there is an expansion in the future, this can basically tie it all together somehow.

Maybe some or alot of players enjoy just getting to the end to farm, but some or alot players love the story, me included

Oooh, looking forward to this

Not really new, but whatever.

Will there be some specific game mechanics with that, or is it just Lore ?

Not really new, but whatever.

Will there be some specific game mechanics with that, or is it just Lore ?

You read until the end where it says dungeon, right…

Holy crap… can you say hype???

Is this a sign that we are going to face the Three sometime in the future?

Whatever it is, I’m sure it’s gonna be awesome and I can’t wait to see what’s comming up ahead!

Once again, thank you, Crate, for the best game ever!

see? This is what happens when you deal with an awesome Dev. They could sit on their laurels and just work on the full xpack they’re talking about, but no, they’re putting out free content updates too.

Keep up the good work, guys.

I disappointed! it should be $20 dlc content! not worth for free

I disappointed! it should be $20 dlc content! not worth for free

Hahah. I could partially agree with this. It is probably worth something, but I appreciate it being free content to add on.

So… I guess we can finally confirm that this gentleman here is motherfucking Dreeg?