Help me build Reverend Reynolds, living symbol of the Duality of Man

The obvious choice would have been to go Aether/Chaos, but I want something thats more quirky, unique, and a lot less powerful. I was thinking of worshipping Yugol and Empyrion… Not sure if theyre technically rivals though, and I am also having a hard time getting the devotion path to both those constellations and devotion abilities. Not even sure if it’s possible!

This is the current build, still leveling and farming for gear.

So, what rival tier 3 devotions do you think would be fun or interesting/possible to see on a build?

Using this:https://arctice.github.io/gd-starnav/, it looks like you can’t get Light of Empyrion and Yugol. I’ve spent the last 20 minutes fiddling around with it and I don’t see a way to make it work.

What about Rattosh and Korvaak as opposing gods. Given the asymmetry, but seemingly eternal link, between Order of Death’s Vigil and Kymon’s Chosen, these two might make an interesting juxtaposition. You could also then play an Apostate which even pushes the difference further. https://www.grimtools.com/calc/a2doERQN

Really happy to see a lore-related post, my time to shine!

here are some antitheses that I came up with after a few minutes of looking at the devotion path, some of them don’t necessarily follow the path of “god vs god” idea but they sure seem interesting to me:

that’s about all I got, there are a few more lower tier devos that go head to head with each other, such as ghoul & dryad , crane vs vulture, rat vs hawk & falcon etc.

These are awesome suggestions guys! Thank you! Looking forward to playing around with these ideas when I get home from work!

I may try 2 versions of this concept;

One would be the Apostate as suggested by @CaiusMartius. This would be more of a caster build, and as such, designed like some kind of apocalyptic Priest.

The other would likely be the Targo and Yugol as suggested by @Snowmanplayer123. This would be more of a Cleric style build, utilizing a Shield (to capitalize on Targo). I think it must clearly be part Oathkeeper, however as for the second class, I’m not sure… perhaps Occultist, to fit the flavor… or Necro… What do you guys think?

Also not sure if the paths are possible (I don’t even know how you guys work that out?), but from a lore concept for a conflicted personality…

Almost like a bipolar character in a sort of “Dr Jekyll and Mr Hyde” build always conflicted between good and evil.

“Two Face” from the Batman universe comes to mind here as well as a role model.

Not sure what class combos, but it seems to lean towards a Soldier/Necromancer “Death Knight”, minus any pets, I mean what sort of pet would stick around with such a conflicted owner?

If you are looking for a less powerful more challenging build here, then don’t use a shield for the Soldier as well as no pets with the Necromancer. Yin and Yang

Sometimes he is good, and other times he is SOOOO bad! - He just cannot help it, it is just his nature.

about the aether chaos combination, it seems like a fitting theme. given that grim dawn seems to have a lot of conflict between aether and chaos. anyway, if you want to make aether/chaos themed build, iirc there are amulet and sword (twilight’s veil?) that gives +stats to aether and chaos simultaneously. the twilight’s veil sword looks pretty cool, and its a great symbolization of the duality of your reverend.

for the celestials/ascendants/symbols you want to choose:

chthon is obviously for chaos. solael also dabbles in chaos. . abomination can be considered as a representation of the corrup and wicked nature of chaos.

while aether is kinda tricky… since empyrion (who is the zeus of all grim dawn celestials) doesn’t grant bonus aether damage. kinda weird because the celestials have close affinity with aether dimension.

spear of heavens might be worth nothing. though it’s not a deity/celestial being, more like a symbol of the celestials’ mastery over the aether realms and their zeus’ bolt upon those who dare to strike their chosen champions.

for the class combination, i think inquisitor should always be your primary choice (since it is the only class that have reliable aether & chaos rr, also supported by some nice aether/chaos skills). occultist, arcanist, necromance or oathkeeper would be your second mastery.

i’m not that good at crunching numbers, so i can’t help much in the min maxing department. but i fell that you should focus on one type of damage aether/chaos, while the other damage should only be for cosmetic purpose. i could be wrong though. its not out of possibility that there are some great aether/chaos builds out there. maybe apostate is the most viable choice here, i dunno. but it sure fits the theme almost perfectly.

edit: just for giggles, maybe try making a build revolving around the duality of beauty and uglyness or healthiness & sickness. like dryad + ghoul, ulo + affliction.

One would be the Apostate as suggested by @CaiusMartius. This would be more of a caster build, and as such, designed like some kind of apocalyptic Priest.

Hey man, if you want me to jump on board, I can run with this and see how it fares and what I come up with. I can post updates and stuff here so we can theorycraft and troubleshoot. Not to steal any thunder so if you’d rather try out both yourself feel free but if you want a partner along for the ride, let me know.

edit: just for giggles, maybe try making a build revolving around the duality of beauty and uglyness or healthiness & sickness. like dryad + ghoul, ulo + affliction.

This is actually a nifty idea. ‘Hurts so good’ Build.

My perception is Empyrion vs Chthon and Koorvak vs Yugol, only after the fight between Chthon and Empyrion did Empyrion explode and vanish and showing the whole celestial like Koorvak the presence of Yugol. Wasn’t the whole Morgoneth things is about a priest of Koorvak that fallen to Yugol influences?

Now for character building if you pick Empyrion and Chthon it will be Fire/Vitality damage, Defiler (Demo+Necro) got that synergy through item set like Blightlord support that

Please guys feel free to play with these ideas as you wish, I dont care about thunder lol. I just enjoy the dialogue and the brewing process so absolutely @CaiusMartius go forth and bring us your findings!

I’m finally home been dying to play all day and now my laptop is failing to detect any network/internet connections. Steam is not even starting! Not even in offline mode. I’m pretty bummed out man!!!

I shut the laptop down, going to see if the ol’ cure-all “magic restart” fixes the issue…

Please guys feel free to play with these ideas as you wish, I dont care about thunder lol. I just enjoy the dialogue and the brewing process so absolutely @CaiusMartius go forth and bring us your findings!

I’ll have more ‘lore’ related stuff soon but in the meantime, here are the self-imposed ‘rules’ as it were:
Only self-found or crafted stuff. No pulling from my Item Assistant Stash.

I do have an endgame build in mind

Other rules may follow but these are the initial guidelines.

Once I’m into Act One I’ll share some ‘lore’ stories. 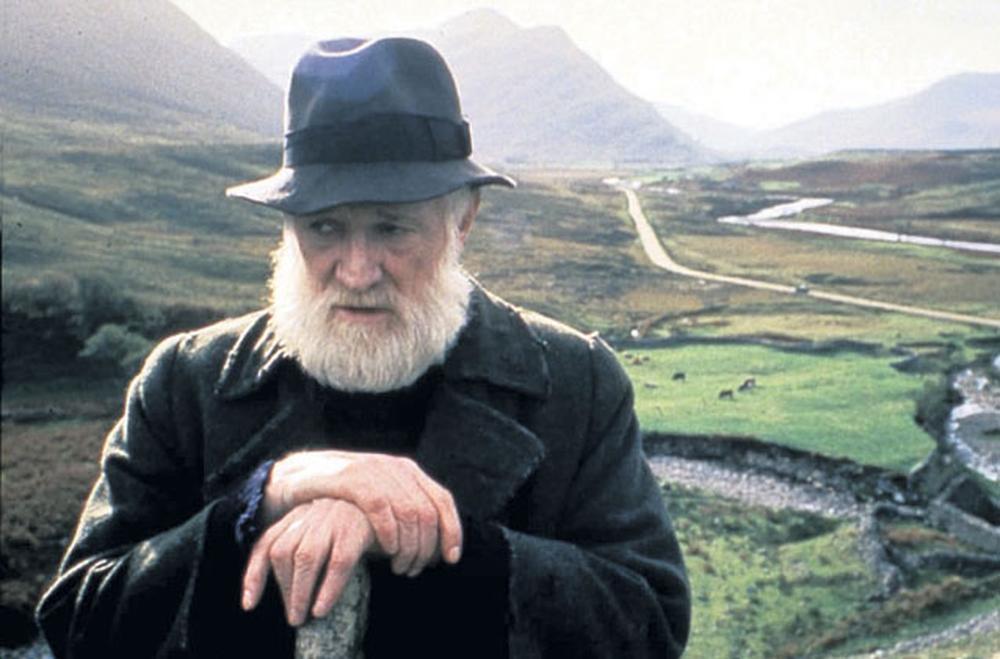 I’m already pumped for this!

his beard’s gonna deal a lot of physical, internal trauma, and aether damage,

“lo and behold! tremble in trauma before my aether infused beard!”

Ok, I am also in.
Starting Apostate Father Bull Mahone as per posted rules.

What about adding a rule “NO NECROMANCER OR EQUIPMENT PETS”, after all he is an OUTCAST and total RECLUSE?

I gather we are doing HC?
I will just have to be super cautious as my hardcore experience usually ends with something stupid despite trying to play defensive and safe.

It will be interesting to see which combo paths different players take in this challenge?

This is also a very cool concept as the character is SOOO CONFLICTED and he could go in ANY direction at ANY given time and the builds could become crazy, but that is the idea as this is not supposed to be an end game or SR/Crucible buster - Instead it is all about fun and the lore immersion into the actual GD world.

Does he start as a self righteous Inquisitor, or does he immediately delve into the dark Necromancer arts?

I think this thread will also serve as a useful guide to new players to demonstrate that you you do not need to get to GOD status, smash level 100, cheat, or be invincible in a few hours to enjoy this game.
Each character can be a special personal experience and journey.

Here is my level 16 build so far (Mahone started as a righteous person)
Nothing special, all self found or purchased and is surviving quite nicely.

Lets see other starter and progress builds on this thread as I find the the FINAL builds in Grim Tools are great, but they do not actually show how the character progressed to get there in the first place as you do not start out with that configuration and level.

Not sure how to get that BEARD illusion for him though, maybe the Wizard Hat need a Gandalf variation .

Bull is actually an old Call of Cthulhu character I had back in the day. The game ran for almost two years but the really funny thing was Bull was the only original character to survive the entire campaign. The other three players had all lost at least one other character. By the end of it he was nutty as a squirrel’s treasure and he bordered on fully committable. In the very last adventure we all of the other characters realized Bull was so fanatical about his pursuit of knowledge and destroying the Great Old Ones that anyone near him was doomed. It was pretty epic.

I thought given the circumstances of an Apostate torn between both Korvaak and Rattosh would make for an interesting Grim Dawn journey.

RULE ADDITION: I’m not starting out as either just a necro or inquistor. My first 18 levels I just added 27 points to mastery bars for Inquistor than Necromancer. After that I’ve started adding skills with the rule that if I add points to one mastery I must add an equal amount to the other mastery.

Nothing beats Lovecraft in creating atmospheres of horror and twists that can drive a normal mind into chaos or insanity.

Maybe insanity was the only only thing that enabled Bull to survive when all other logic had failed!

We have all been there sometime

Thought “Call of Cthulhu” was a console game, but I see now there is a PC version on steam - Gonna download and have a look - Thanks

This is an awesome rule addition! I’m really hoping my laptop runs the game today! Going to fire it up here in a bit.

Keep posting guys Im loving where this is going and seeing what you guys come up with!!! As always I love this community man, the appreciation for all the creative freedom this game offers is so refreshing to see in healthy abundance on the forums despite so much focus on end game builds. We must never let this die!